Trump Holds Mirror To All Politicians; They Will Use Information From Anyone To Damage Rivals 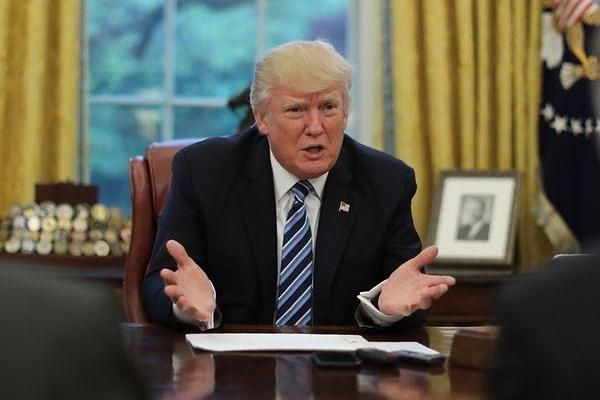 The man may be an abomination, but there is some honesty at the core when he tells it like it is.

Donald Trump has been under investigation for some years now on suspicion that his team received information from Russian cyber-spies which helped tilt the 2016 presidential elections in his favour. Some of his team members may have received dirt on his opponent Hillary Clinton, but Trump made it plain that he did not see this as a problem. In fact, he would use any information that would be of help to his campaign.

An ABC journalist quizzed him in his Oval Office about a meeting between his team and Russians at Trump Tower in 2016, where they were offered damaging information on Clinton. Trump said he would accept it and would not see this as foreign interference in US elections.

Few politicians anywhere, including in India, will refuse to take information damaging to his or her opponent if they think it can win them an election. Only they won’t admit to it.

During the Cold War, many Indian politicians were routinely financed by the Soviet KGB, and one book based on the Mitrokin Archives suggested that the Soviets had financed both the Congress party of Indira Gandhi and the Communist Party of India. Vasili Mitrokhin was a senior KGB officer who defected to Britain in 1992, carrying lots of archival material about Soviet spy ops with him.

In fact, even media mavens routinely get information from vested interests, including foreign sources, and they use it without asking who might benefit from the leak. This was how Nambi Narayanan, a former scientist at the Indian Space Research Organisation (ISRO), was targeted by foreign interests, probably the CIA, who may have wanted to delay the development of a cryogenic engine in India. Narayanan and another ISRO official were arrested by the Kerala police in 1994 on the basis of information purporting to show that he may have sold cryogenic engine secrets to Pakistan. That the engine was developed only in 2014 did not matter to either the police or the intelligence officials on the Indian side who targeted Narayanan 20 years earlier.

Trump is clearly right when he says that when it comes to using information that may benefit you politically or economically, few people consider it immoral – not least politicians.

The media, which benefits from similar motivated leaks, has stopped asking questions of its sources about the motivations behind the leaks. Why then blame only politicians like Trump for being so amoral?