Twitter Censorship Isn’t The Problem; We Should Worry Even More About Google, FB, Amazon 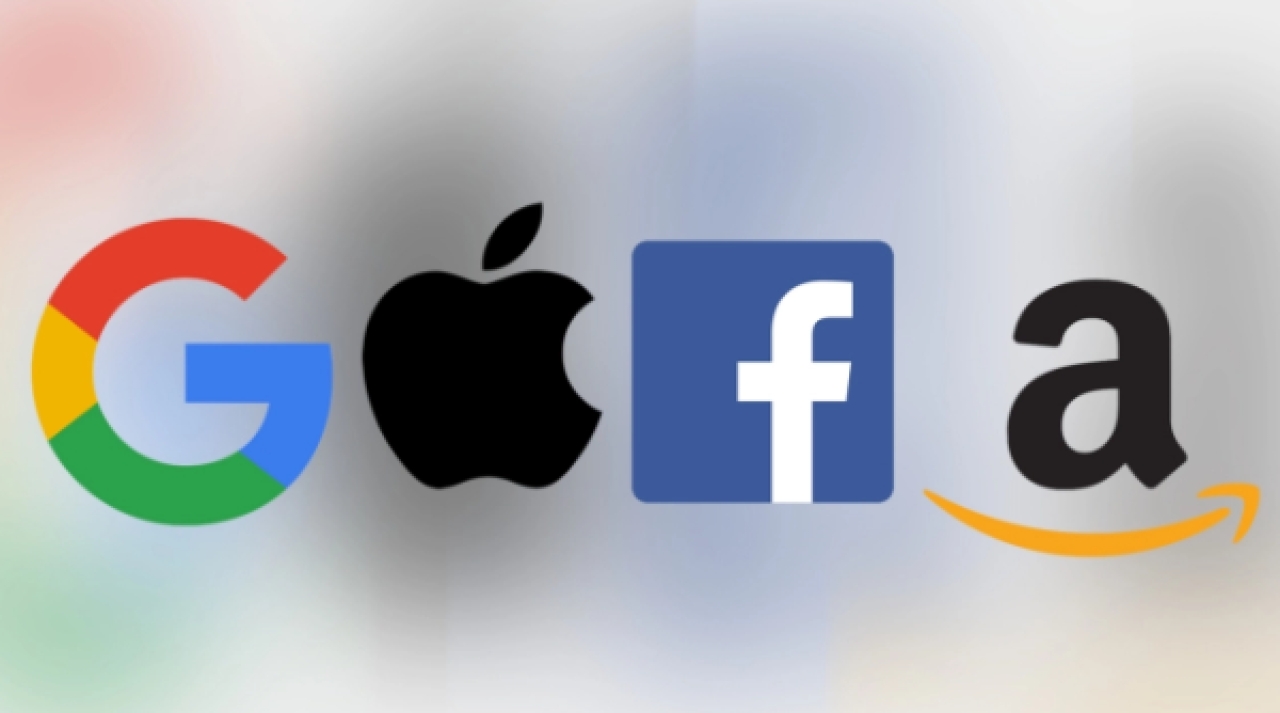 The parliamentary standing committee on information technology, which has asked Twitter CEO Jack Dorsey to present himself before it in 15 days in order to be quizzed about the microblogging platform’s alleged bias against Right-wing handles, should focus on the real issue: what is the line separating platforms and media companies? And whether platforms such as Twitter should be regulated like media, given their significant ability to purvey news and headlines, left alone to remain mere conduits of content.

The issue of bias against some Right-wing handles is real, but it is unlikely that a private listed company with substantial Saudi equity interest will be anything but biased. Twitter essentially imposes its own blasphemy laws to filter out criticism of Islam. This issue will remain and will not change no matter what the Twitter CEO tells the parliamentary committee – assuming he does appear before it over the next few days.

In any case, if Twitter is covertly complying with Islamic blasphemy laws, it is essentially accepting rules of discourse set by a Right-Left combination – the Islamist Right and the American Left-Liberal combo that is Hinduphobic.

But we need to ask ourselves a different question: is Twitter doing anything our own mainstream media isn’t? In most mainstream narratives, Hinduism is fair game for criticism, but not Islam or Christianity, on the grounds that they are minority religions. Islamophobia is recognised, but not Hinduphobia. We were the guys who rushed to ban Salman Rushdie’s Satanic Verses, not the Saudis or Iran under the Ayatollah. So, why blame only Twitter for this bias? India is no island of free speech, and Twitter is only doing what we ourselves have done to free speech. The Twitter CEO has now acknowledged that his platform has not done much to curb online abuse, but this may only mean more censorship, more opaque algos interfering with free speech.

It isn’t just Twitter that kowtows to Islamic sensitivities. Two global platforms, Apple and Google, have allowed the Saudis to upload apps that allow men to track the whereabouts of their women. This is simply unthinkable in a free democracy like the US. There are now demands for the removal of the app. Maybe it will go, but this demonstrates that platforms care little about overt gender and religious discrimination when it comes to pursuit of revenues and power.

Twitter’s policies are opaque, just as the algorithms that drive Google’s search are. So, getting Twitter to play by fair and transparent rules in India is a lost cause. Censorship flows from two areas of concentrated power: investor power and revenue power. Most newspapers and TV channels face pressures to doctor news and views from both these sources, and Twitter is no different. You cannot ask a private company to play by our rules till you change the playing field itself.

The two playing fields that India can attempt to regulate are data and that grey area that separates platforms from media. New laws on privacy and data regulation proposed by the Reserve Bank of India (for financial sector players) and the B N Srikrishna committee on privacy and data protection demand data localisation as a key element to ensure that Indian data remains under user control and Indian legal sovereignty.

But it is the media question that matters more. If Twitter or Google or Facebook are just platforms, they can’t be regulated like media. But if they are also media, they can be brought under the ambit of media regulations in India.

There are two areas where Google, Facebook, WhatsApp and Twitter are closer to being media companies rather than just platforms.

One, all of them claim to be committed to removing fake news – and they wouldn’t do that if they merely thought of themselves as platforms. In any case, even if you are only a platform or a pipe (like an Internet service provider), some countries mandate the filtration of some kinds of content that they carry (eg, the Indian ban on pornography which ISPs have to block). China does all the filtering at the government level itself. When you curate or weed out content, you are essentially wading into territory normally occupied by content creators. There is thus no running way from a media role even if you are a platform using third party content to earn revenues.

Two, advertising. Media companies subsidise their customers by allowing advertisers to pay for it. This is exactly what Google and Facebook are doing. How may people would use Google search or maps, or even Facebook if they had to pay for the privilege? Clearly, the Internet model is at heart the old media model. Even Amazon, which is a e-tailer, is now generating money from advertising space on its platform. The line separating media from platform is blurring.

This is what the standing committee of Parliament latched on to rather late in the day after initially looking at Twitter’s obvious biases. According to Mint newspaper, the committee has “expanded the scope of the scrutiny, asking whether similar social media outlets were mere platforms or media companies — with rights to edit and curate content.”

The problem is that platforms and pipes tend to become near monopolies, given the network effects of their ever-expanding customer bases. When more customers are on a platform, even more customers flock to it to benefit from the growing connections. Facebook would be useless if more of your friends were not on it. But when millions of users become Google or WhatsApp customers, data control effectively passes from user to platform without anyone knowing it. The general “I agree” clause you sign up for when you use Gmail, Google Maps, WhatsApp, Facebook or Android operating systems quietly allows the companies concerned to use your data to sell you more products and services, unless you specifically decline to agree to its terms. In which case you may not be able to benefit from some parts of the service.

Google Search is the mother lode of advertising revenues for the company, and this is where it mirrors media. Despite being blocked in the world’s most populous country (China), Google controls three-quarters of the search market, and 86 per cent of its revenues come from search ads. It is eating media companies’ lunch.

Media companies are in a bind. They need Google to make their digital offerings available to a wider cross-section of customers. They thus get more traffic (and incur higher digital infrastructure costs to cater to this traffic). but very little of the revenues that come from growth. Google grabs the lion’s share of the advertising and is today the world’s leading media company if viewed solely through the lens of advertising revenues.

Thanks to the shift to mobile devices, where Google control through Android is over 80 per cent, advertising revenues are going to be even more skewed in its favour. Global digital ad spends were estimated to be $40 billion more than TV spending last year, and this means Google will grab the biggest share. Interestingly, a non-media platform like Amazon is also grabbing advertising dollars, as companies keen to sell on its platform advertise more on Amazon. Though it is far behind Google and Facebook, it is rising fast in the US.

According to eMarketer, a digital market research outfit, “US advertisers will spend $4.61 billion on Amazon’s platform this year, accounting for 4.1 per cent of all digital ad spending in the country.” Even though this is far from the combined 57 per cent share of the Google-Facebook duopoly, one can expect Amazon to continue rising since it is largely a selling platform, and it makes sense for sellers to advertise where online buyers congregate. Consider the implications for media companies if the duopoly becomes a triopoly. Consider also how much Amazon can continue subsidising customers if advertising becomes a huge source of non-product sales revenues.

The European Union has belatedly come to the conclusion that even if the likes of Google and Facebook are not categorised as media companies, they will be legally mandated to share more of their ad revenues with publishers of content. But it is anybody’s guess if the publishers will win big, for they are as dependent on Google for traffic as anyone else. The big publishers may want more, but their smaller competitors may be happier using Google to grow their traffic, creating a big-versus-small conflict that is ripe for exploitation. It would be a replay of Amazon versus the big print publishers; small authors prefer the Kindle platform to sell their books when no big publisher will publish them or share higher revenues. Amazon has won that battle substantially. So, one should not bet that the EU will win its battle against Google.

The only real options countries have in checking the growing monopoly of Google, Amazon and Facebook, and their Chinese counterparts in Alibaba, Baidu and Tencent, are three:

One, encouraging local Goliaths to challenge them by facilitating their rise.

Two, force a break-up of these giants so that they are not able to subsidise new businesses endlessly by using monopoly profits elsewhere. If Google Search, Maps, Gmail, Android and other products are now allowed to be bundled together, and separate companies with a different set of investors are needed to run them, the monopolies can be partially tamed. America probably won’t do this, since tech is where America dominates the world. It is Europe and India that will have to take the lead on their domestic turfs.

Three, compulsory data localisation, and insistence on domestic listings of local arms can be put up as conditions for allowing them to generate revenues from local operations. This will bring Indian shareholder pressure and local legal restraints on these tech giants.

Twitter is a minnow in the platform business. It is the other giants we should worry about more. They have more staying power, and more revenues stolen from content creators to get their way everywhere.

Advertisement
Jagannathan is Editorial Director, Swarajya. He tweets at @TheJaggi.
Get Swarajya in your inbox everyday. Subscribe here.
Tags:
63 Shares