Two Reasons Why Khurshid Alam Killing Could Be ‘An Inside Job’ 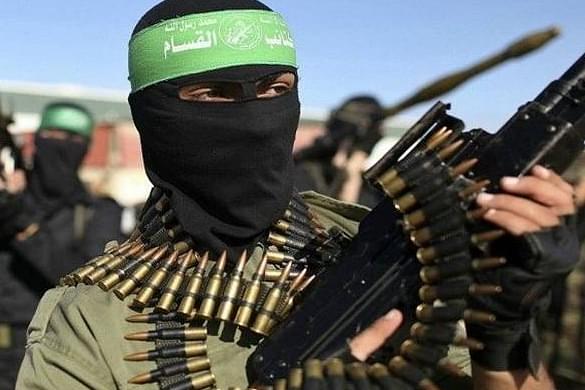 Khurshid Alam, who was killed in Nepal under mysterious circumstances, was one of the top assets of the ISI and Indian Mujahideen. Indian agencies would sure be heaving a sigh of relief with this development after having failed to get him extradited almost two decades back.

The manner in which Alam, an accused in both the 1993 Mumbai serial blasts case and Batla House encounter was killed, appears to be the work of a top agency. While there are rumours afloat that it could have been carried out by an Indian anti-terror agency, Intelligence Bureau officials tell Swarajya that the killing could have been due to two reasons. The ISI normally eliminates its assets, if they think he or she has gone rogue. Secondly such killings normally take place, when the utility is over. Officials also do not rule out the possibility of a political hand or personal rivalry.

Indian agencies say that Alam was one of the key assets of the ISI for over two decades and he was primarily responsible for entry and exit of criminals and terrorists into Nepal and India. The fact that he used his political clout to his advantage could be seen from the fact that the moment he died, he was declared a martyr by the Nepal government. The government was also quick to announce a Rs 1 million compensation for his family members.

The killing of Alam was carried out by four men on two motorbikes. Alam was shot dead in the Bhutah market area in the Harinagar area in Sunsari, District of Province 1 in Nepal on 20 September.

His name first surfaced during the probe into the 1993 Mumbai serial blasts. The probe revealed that he had helped at least a dozen of Dawood Ibrahim’s men gain a safe passage to Nepal following the blasts. At that time around, Alam was undercover and was working as a maulana in Nepal. Apart from working as a maulana, which helped him remain undetected, he also decided to extend his political clout by joining the Nepal Communist Party. He was active in politics, but Indian agencies say that this was only to avoid any extradition attempt.

Alam’s activities continued even after the 1993 blasts and he was involved in helping criminals, especially those from the D-syndicate gain a safe entry into Nepal from India.
Over the years, Alam had taken up several jobs in a bid to remain undercover. His latest was that of a principal at the Raiyan National School in Nepal.

After having worked for the D-syndicate at the behest of the ISI, he was then tasked with helping the Indian Mujahideen operatives. His name once again surfaced post the Batla House encounter.

P S Kushwah, the Deputy Commissioner of Police, special cell New Delhi, while detailing the encounter speaks about the grand escape made by the Indian Mujahideen operatives with the help of Alam. One of the key accused in the Batla House encounter to get away was Ariz Khan. Incidentally, Alam was the uncle of Ariz Khan, investigations had revealed.

It was on 19 September 2008 that a team of a special cell raided the hideout of the Indian Mujahideen at the Batla House. Ariz Khan was present along with Atif Ameen, Mohammad Sajid, Mohammad Saif and Shehzad Ahmed. During the encounter, Khan and Shehzad managed to escape.

Both these persons then visited several of their relatives in Delhi, UP, Rajasthan and Maharashtra, seeking help. However, none agreed to help them, following which Khan contacted his uncle, Alam, in Nepal. Khan was in Varanasi at that time and upon contacting Alam, he was led to one Nizammudin Khan, a resident of Nepal.

Khan was told by Alam to go to Bihar and then wait for instructions. From Bihar, he visited the Nepal border, where he was handed over a Nepali citizenship card and a Nepali passport in the name of Mohammad Salim. On reaching Nepal, he got in touch with Alam, who then helped him start a restaurant. Alam who was a principal also helped Khan get a job as a teacher.

Indian investigators say that Alam was the point man for not just Khan, but several other Indian Mujahideen operatives. Another major operative who had managed to escape from India to Nepal was one of the co-founders of the outfit, Abdul Subhan alias Tauqeer.

Alam played a vital role in facilitating the escape of these operatives, and the safe passage that he ensured for them only helped them cool off and then plan a major come back in India. When Tauqeer was arrested recently, he had revealed that in Nepal, he had managed to go off the radar and when he felt the heat was down, he came down to India with an intention of re-grouping and re-building the Indian Mujahideen.
The agencies say that for Alam to get Nepali citizenship cards and passports was an easy job. He enjoyed a good amount of clout in the political circles, which helped him go about his business. He would also provide logistic support to both criminals and terrorists.

There has been no breakthrough as yet in the case and the motive behind the killing is not clear as yet. The Nepal Police is conducting a probe and the Indian agencies are coordinating with them. While India would have hoped to have him extradited, the fact that he is dead now only means that one more pending file in the police records is closed for now.