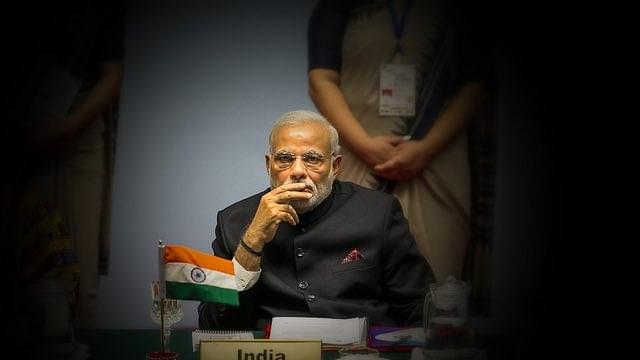 The abduction and murder of Indian Army Lieutenant Ummer Fayaz marks a dark evolution in the history of Kashmiri terrorism. Fayaz had been commissioned barely five months earlier to the Rajputana Rifles in the Akhnoor sector. On furlough to attend a cousin's wedding, the 22-year-old officer was kidnapped from his relative's house by five or six terrorists on the evening of 9 May and his bullet-riddled body was found the next morning. It is alleged that the incident was an implicit message to Kashmiri Muslims not to join or cooperate with the Indian state.

While there have been the usual canned expressions of sympathy and anguish from the government for the soldier's family, it is difficult to ignore the fact that Narendra Modi's government has continued its predecessor's policy of vacillation punctuated by occasional action - in Kashmir; Delhi is still scared to take military off the leash. It is not uncommon for security forces to be killed in skirmishes with terrorists or India's neighbours. This latest incident, however, is different in that Fayaz was abducted from his home while on leave and murdered. Were Indian politicians capable of drawing red lines, one would have been crossed in spades.

It is said that if brute force is not working, you are just not using enough. There is a somewhat apocryphal story about how the Soviet Union responded to four of its diplomats being kidnapped by a terrorist outfit in Lebanon known as the Islamic Liberation Organisation in 1985. Initially, they opened negotiating channels but then one of the diplomats was found shot dead in a Beirut parking lot. In retaliation, the KGB, erstwhile USSR’s main security agency, is said to have kidnapped a relative of one of the terrorists and castrated him, cut him to pieces, and sent to the hostage takers. The remaining three Russians were shortly released near the Russian embassy out of "good will."

Not every incident can have the same satisfactory ending as Israeli operations have shown. Despite a fearsome reputation for exacting vengeance, the Jewish state remains the victim of dozens of terrorist attacks every year. In fact, the Israeli Defence Forces have made peace with the situation and settled into a war of attrition that is far more costly for their enemies. Delhi, however, has so far not even bared its fangs to its enemies.

Responding to an earlier provocation of Pakistani soldiers beheading two Indian border security patrol guards, Punjab Chief Minister Amarinder Singh forcefully stated that it was about time that the Indian military stopped being a gentleman's army and joined in the same rough-and-tumble everyone else was in. To be fair to the military, it is evident that there are occasional unofficial retaliatory raids across India's western border - morale demands it. Away from the front, though, the political will to deal with the unrest in Kashmir has repeatedly been found wanting.

In a different context, Rajesh Rajagopalan writes that India's deterrence against Pakistan has weakened because of Delhi's consistent and palpable fear of escalating a conflict on the border. This has emboldened Islamabad to be more reckless in its gambles against India. The same reasoning holds true in Kashmir - terrorists are getting bolder because the Indian military can be relied upon not to retaliate too harshly. This comes, again, from a political leadership that is too apprehensive about international public opinion and pressure from non-governmental organisations.

Critics of a more severe policy in Kashmir have bemoaned the lack of political solution and warned that military force will not be sufficient to sustain the peace in the state. They are not entirely wrong: the government must first have a clear vision of what its ideal, ultimate objectives are with Kashmir. Terrorists - those who are willing, at least - must be swayed by the possibility of a real political solution to their grievances. At the very least, this may prevent further radicalisation born out of a lack of alternatives.

To make the political solution more persuasive, it is imperative that the government adopts a substantially more aggressive military posture. While attacks on military targets may be the unfortunate cost of doing business, strikes against civilians or military personnel out of uniform must be retaliated against punitively. Peace was not brought to Northern Ireland or Sri Lanka by the respective authorities abjuring from the use of force. While negotiations paved the way for a longer lasting peace in the former case, Colombo thought it unavoidable that one of the factions arrayed against it be rooted out completely and exterminated. India has a similar decision before it - sift between those who are willing to negotiate and those who are not, and then eliminate the latter.

What merits such a decisive response to the slaying of Fayaz is that his murder was not the simple targeting of an enemy combatant but a threat to the people of Kashmir: do not cooperate with the Indian state or your families are not safe. Delhi cannot afford for citizens to turn away from it in fear of an authority whose force can be felt more truly than that of Raisina. A reminder - and reassurance - is needed in Kashmir as to who holds the upper escalatory hand and psychological dominance must be reasserted.

To the disappointment of many of their supporters, the present government has appeared marginally better than its predecessor in matters of internal and external security. The murder of Ummer Fayaz is not just another mark in a tally of casualties in Kashmir but fundamentally different in its political essence. The prime minister must authorise, if only quietly, ruthless retribution. He cannot allow it to be subsumed in the enormity of the larger question.