Uniform Civil Code: Why BJP’s Promise To Enact A Single Family Law For Uttarakhand Is A Significant Development 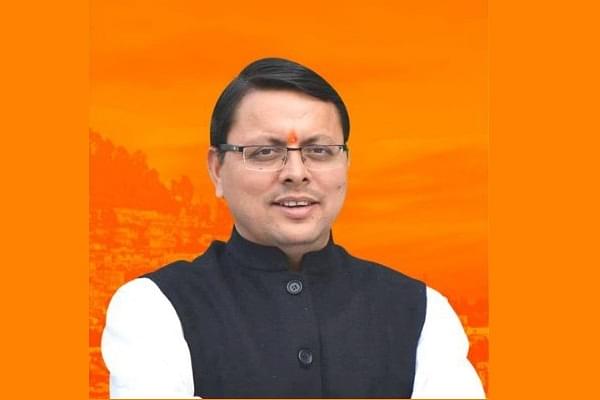 There can be no doubt that Uttarakhand Chief Minister Pushkar Singh Dhami’s promise to enact a uniform civil code (UCC) in the state after re-election is the most significant event of the current assembly election cycle. He said that a committee to draft the UCC will be formed soon after the swearing-in of the new government and the code will cover issues such as marriage, divorce, property and succession.

“It would be a significant step towards the implementation of Article 44 of the Constitution and would promote social harmony, gender equality and women’s empowerment,” he added. The state shall endeavour to secure for the citizens a uniform civil code throughout the territory of India, reads Article 44.

Some have raised doubts if the states are even constitutionally allowed to frame their own civil codes. That should be easy given issues like marriage, divorce, inheritance and property rights come under the Concurrent List of the Constitution and Article 44 puts the onus on State which includes the state governments as well.

To ring fence the shift from centralised laws to decentralised structure from future manipulation, it would be a good idea to move these issues from Concurrent List to State List of subjects. Until then, the Centre can look at bringing Muslim and Christian personal laws at par with Hindu Code Bills by outlawing various problematic aspects like polygamy.

Nonetheless, there are many reasons why CM Dhami’s move can turn out to be significant event in Indian politics.

First, if Dhami delivers on his promise, Uttarakhand will be the first state to have such a law in place. Goa’s family law or civil code is sui generis given its unique history where the code under the erstwhile Portuguese was retained even after Goa’s merger with India in 1961.

Second, this has the potential for India to move towards 36 uniform civil codes rather than one especially for Hindus, Sikhs, Buddhists and Jains who are bound by the national codified four laws enacted in 1950s after much controversy and protests from the majority community due to various reasons, primarily because of anti-Hindu ‘one size fits all’ approach which eroded diversity of customs and ran roughshod over the different traditions that evolved over centuries and which were time-, person- and region-specific — a foundational feature of the Dharma/Rta complex in Hindu society. Thus the Abrahamisation forced upon Hindus by 'Nehru & Company' for last seven decades can be rolled back and the Hindu society resets to a setting that is naturally advantageous for its vibrant functioning.

Third, lawmaking at the state level allows Hindu sampradayas to lobby effectively to preserve their customs and traditions which wasn’t the case in 1950s where practices of one region were branded the real Hindu way and thrust upon everyone else. The list of heirs 'being different for a male and a female, with a woman’s in-laws taking precedence over her parents, while a man’s in-laws figure nowhere at all in his list of heirs’ is just one of examples highlighted by Madhu Kishwar in her seminal essay on UCC.

“The idea of a woman’s property and the heirs to it being somehow intrinsically different from a man’s derives from the streedhan system, but in-laws did not precede parents as streedhan heirs. The bias in favour of in-laws was thus introduced purely on the basis of the contemporary north Indian practice…Despite being repeatedly told that there were no such taboos in south or east India, the north Indian members persisted in identifying the northern custom with “Hindu” and “Indian” tradition and ideals,” she had written.

Given the decentralised nature of Hinduism, an effective and collective defence against such soft bigotry couldn’t be mounted. At the state level, not only prevalent practices of the majority are easier to identify and codify but also exceptions made here and there for some who wish to preserve their unique way. In fact, Goa is a good example here because it’s not exactly uniform and has certain provisions for different communities.

Fourth, when state specific UCCs materialise, there will be reversal of another tragedy which befell the nation with the passage of Hindu Code Bills in 1950s. Customary laws being region/caste specific, there was a certain level of uniformity in civil laws among people/castes of different religions — not just between legal Hindus (Hindus, Sikhs, Buddhists, Jains) but also between Hindus, Muslims and Christians who shared many customs with the Hindus. But after ‘Hindu Code Bills’ were passed, these communities also lent themselves strongly to their own communal personal laws. When state specific UCCs come into force, trend and growth of nationalisation of personal laws of Abrahamic faiths can be reversed and their civil codes made more region specific. I leave it to the readers to comprehend the advantages of such a move.

Fifth, while making a case against a national UCC, I had pointed out three main concerns for my opposition — centralisation, uniformity and secular nature of the state — all of which present a great danger. But having say 36 different codes (largely but not strictly uniform) mitigates these worries. Existence and influence of Hindu religious leaders or sampradayas at local level will be a good check on the secularising state. There wouldn’t be a single point of failure so it wouldn’t be easy to introduce noxious changes for the whole society by a hostile government/executive which may grab power for a limited period.

A free market of civil codes (well regulated by the state to avoid contravention with constitutional rights) will allow for society’s failures to be corrected, better practices to be widely accepted while being sensitive to local customs of different jaatis, regions, and sampradayas. The idea of ‘one nation, one civil code’ is fraught with numerous risks but ‘one nation, 36 civil codes’ may be a decent compromise between bringing a sense of uniformity while preserving diversity to a good extent.