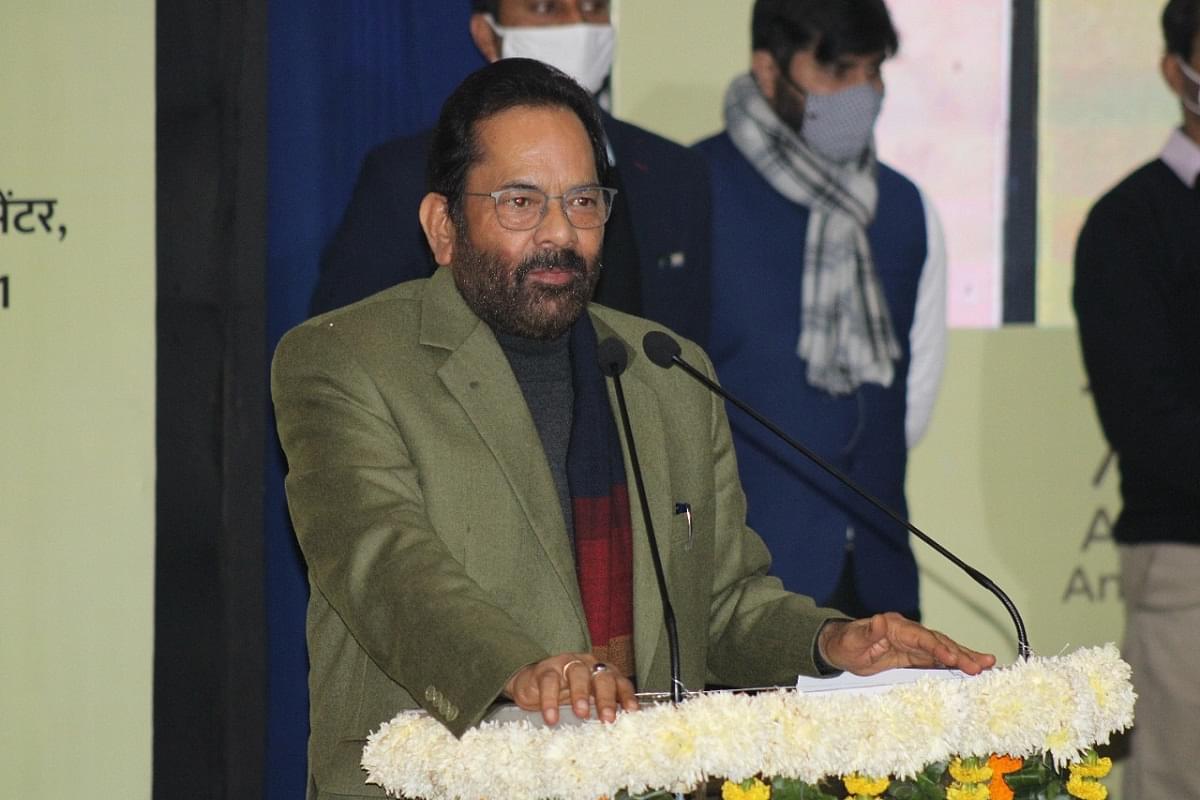 New Delhi, Jan 28 (PTI) In an apparent swipe at former vice president Hamid Ansari, senior BJP leader and Union minister Mukhtar Abbas Naqvi said on Friday that the 'Bharat bashing brigade” is engaged in a competition of 'lynching' of the country's culture, commitment and Constitution”.

At a virtual panel discussion organised by the Indian American Muslim Council on Wednesday, Ansari had said there has been emergence of trends and practices that dispute the well-established principle of civic nationalism and interpose a new and imaginary practice of cultural nationalism.

And it wants to distinguish citizens on the basis of their faith, give vent to intolerance, he had said, drawing sharp comments from BJP leaders.

Speaking to reporters, Naqvi said, 'Some people are becoming a part of anti-India conspiracy of Pakistan sponsored organisations. These organisations are conspiring to create confusion over India's culture and inclusivity'.

These people are becoming a “partner in Pakistan's propaganda” to defame India, he said.

Naqvi said that the country feels that some people and organisations have taken “supari” (contract) to tarnish India's culture, nationalism and its ethos of unity in diversity.

'The mindset of Modi-bashing is now changed to Bharat-bashing', he alleged.

Unable to digest positive atmosphere and constructive mood of the country, some people are spreading falsehood about minorities before the world, he added.

Naqvi said the BJP government works on the plank of development with dignity which has ensured that every section of the society has become an equal partner in inclusive empowerment.