Unprecedented Support For Bandh Called Against A Raja's Comments: A Wake-Up Call For Dravidianist Leaders? 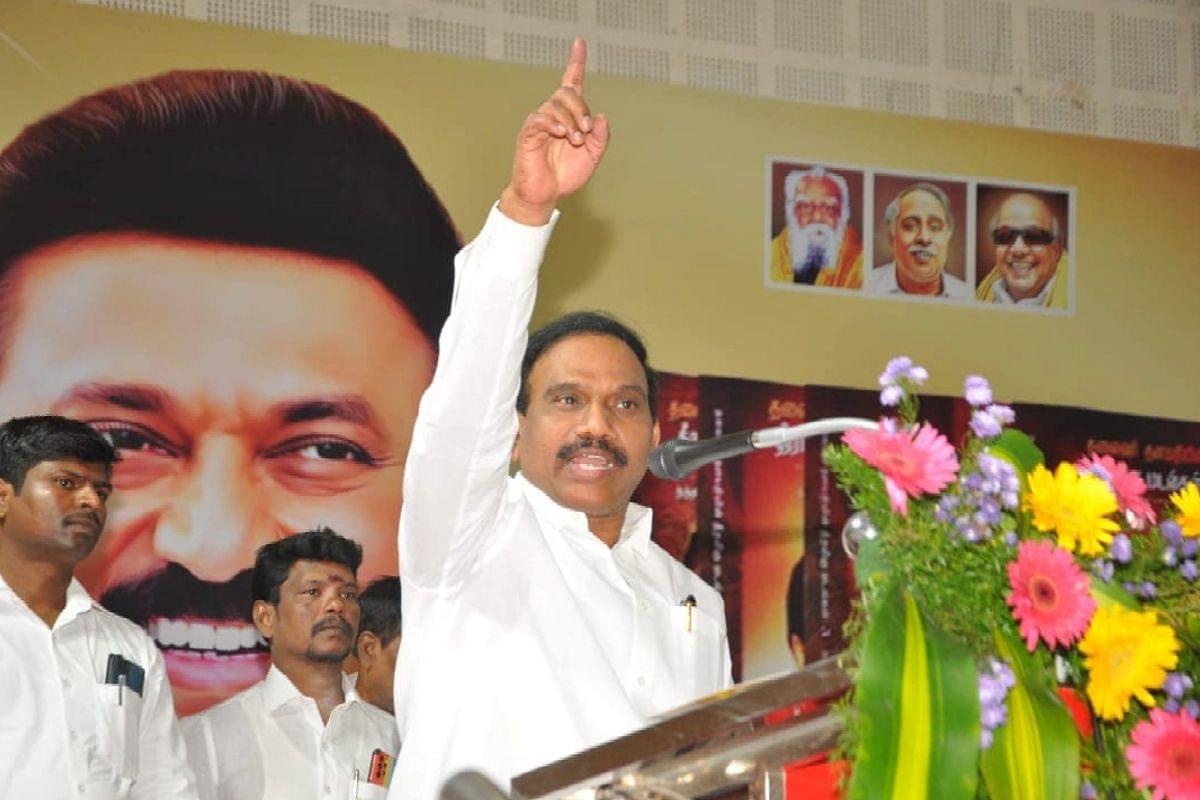 The response to a bandh called to protest against the obscene remarks of Andimuthu Raja has surprised many.

The bandh saw considerable support in the hilly regions of the Coimbatore district especially Ooty, Gudalur, Coonoor and Kotagiri, and also in Manjur, Annur and Mettupalayam areas.

The bandh call was given by Hindu Munnani or Hindu Front, a Sangh Parivar organisation. The bandh was spontaneous and the shutdown mostly voluntary.

Earlier, Andimuthu Raja had claimed that "Shudras were children of sex-workers, according to Hinduism".

According to some unverified social media posts, even the Dravida Munnetra Kazhagam (DMK) office was closed during the bandh.

For example, photos of the closed DMK office during the bandh call in the textile town of Tiruppur has been tweeted by Indu Makkal Katchi.

Even DMK is participating in bandh called against A.Raja speech.

What is more significant is that the areas that went for such a complete shutdown are major parts of the constituency of A Raja.

Many political observers secretly whisper about how Raja has already lost the constituency for the 2024 Parliament elections.

Perhaps the time has come for the Dravidianist fundamentalists to understand that their weapons of political rhetoric have become the 'dinosaurs' of southern Indian politics.

If Dravidianist politics has to be of any value to the society or sections of society it says it serves, then it has to rationally look at its own body politic. Here are a few pointers:

No Dravidianist leader or orator would call these families as families enslaved by Brahminism. So why the public rhetoric?

The fact is that temples and the temple priests and the Sanskrit mantras are evolutes of a long civilisational process and not priest craft trickery, as claimed by Dravidianists.

They need better sociological and psychological tools than the pseudo-rationalist rhetoric to understand and integrate their politics with the cultural and spiritual lives of their families.

If they do that, even as Dravidianist parties, they will create a healthy discourse and politics.

Dravidianist politics often claims that Rama was an Aryan invader. They have reserved their most vulgar obscenities for Krishna.

However, television channels run by the big families of Dravidianist parties air Ramayana and Mahabharata, as well as serials on Hanuman.

A person close to the powers that are, told this writer on the condition of anonymity that even astrologers are consulted regarding serials based on which deity should be aired on the television, such that the best will happen to the family. This is a malaise deeper than mere hypocrisy.

They know that these serials are good — in terms of content, value and profit. They also know that this is punya. Yet, they would telecast the Mahabharata on their channel but their leaders would not wish on Sri Krishna Janmashtami.

This split-life which is unhealthy to public discourse and political values has poisoned the Dravidian body-politic. They can criticise superstition. Every good politician should. But they should not embrace a bygone colonial essentialising of Hinduism which they know is wrong.

Dravidianist party leaders are doing that. Theirs is the fundamentalism of colonial framework that is both pseudo-rational and racist. They know that. So they keep their families and businesses free of it and export it to the families and lives of cadre.

So, when A Raja or the supremo of Dravidianist cadre, K Veeramani speaks, they speak to the ground-level worker — to the ordinary Hindus who need religion for their well being and progress.

While millions of Hindus are deprived of their cultural heritage in the name of Dravidianist pseudo-rationalism, the families of the top leaders of Dravidianist political leaders enjoy all the psychological and spiritual comforts that Hindu religion provides.

The complete shutdown, spontaneous and successful disproportionately to the cadre strength of Hindu Munnani, shows that people are realising this truth faster.

If the party leadership and ideologues are honest then they will do a Glasnost and Perestroika inside Dravidianist party politic. That will be good for Tamil Nadu. Even otherwise, it is good for Tamil Nadu — because that will accelerate the coming to power of Bharatiya Janata Party in the state.