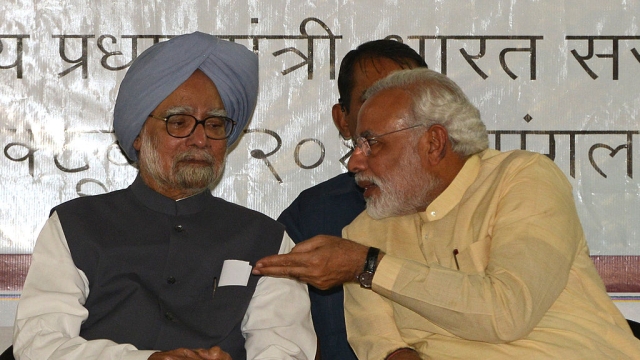 The die is cast. By opting to carry out a “surgical strike” on terrorist launch-pads across the line of control (LoC) in Jammu & Kashmir, India has taken the first, halting, step away from being a soft-soft state. We now need to brace for Pakistani retaliation, and, if we continue to think strategically on how to respond to that at levels below the threshold of war, we will be on our way to becoming a soft-hard state. That is, a soft state with has a capacity for making hard choices; a hard state that can combine effective defence with offensive capability. We don’t need to become a hard-hard state like Israel, but we do need to become a soft-hard state that combines the best of both worlds.

Occasions like the Uri terror attack are when a nation’s true DNA is tested. This time, we did it right, moving towards aggressive retaliation even as we upped the ante in other areas, including Balochistan, Saarc and the Indus water treaty. The political leadership was in sync with the military, and diplomatic preparedness was in sync with domestic political outreach. The information war from 18 September, when Uri happened, to 29 September, when the surgical strikes took place, was handled well, from initial orchestration of political and public outrage to a gradual upping of the ante to the final low-key statement from the DGMO on the cross-LoC operation late on Thursday morning.

The real challenge though is to convert one successful episode into a long-term strength. It cannot be used for political chest-thumping, for real political consensus is required not now, but later, when the inevitable Pakistani retaliation happens. We need to be ready for that, and the other crises to follow, and not think too much about what happened across the LoC yesterday. The criticism, now muted, will come when the next batch of jihadis does damage in, say, a Mumbai or another commercial centre.

The Indian, essentially Hindu, character, bred in the fertile valleys of the Gangetic plains, is less hardy than those bred in the harsh conditions of the desert. Harsh conditions require you to think long-term and strategically, or else you will be dead. Easy conditions make you more amenable to compromise and accommodation. War, for us, has thus been less about achieving strategic objectives, and more about hitting out when you think you have been wronged, and adjusting with the victors if you have been defeated. This DNA is sure to fail us in our confrontation with Pakistan or China.

This cultural aspect of Indians may not be easy to change, but at least in the strategic establishment, we need to attempt this. Wars of the future will be driven not just by military brawn, but by the ability to be deploy different tactics and options in shifting conditions. War has to be prosecuted across multiple fronts: military, economic, diplomatic, cyberspace, intelligence and covert action, information (both to your own people and the enemy and friends), and in the markets, etc. Above all, we need stronger focus on domestic production of the tools of war.

India badly needs an extended strategic community both in academia and in government to address a multi-front war in each of these areas, so that when and if we need to take action, we work on all fronts. The National Security Advisor needs a huge support infrastructure so that options are generated in all situations, and scenarios are routinely discussed internally on the costs and benefits of any action against Pakistan, or its terror partners.

The infrastructure of war is vital for peace and progress. The ability to make war enables the development of technologies that are useful in peacetime (the Internet itself is a product of US defence efforts); Israel’s success as a hub of technology start-ups and innovation owes not a little to its war machine, though the causality runs both ways.

India has to become a soft-hard state where it has both the human software for developing durable strategy and the hard apparatus to execute it. Uri ought to be the starting point, not the end.