Uttar Pradesh 2022: The Importance Of Muzaffarnagar MP, Sanjeev Balyan, To The BJP 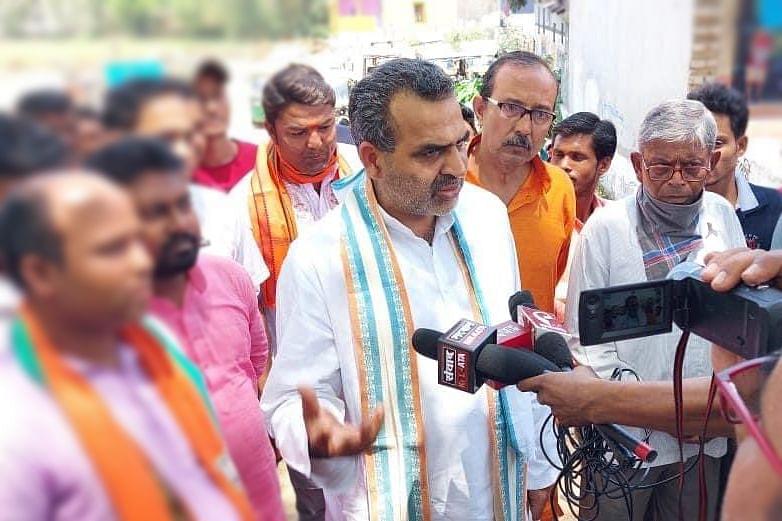 The Bharatiya Janata Party (BJP) won Muzaffarnagar Lok Sabha seat in 2014 on the back of chiefly two factors - religious polarisation in the whole region due to the 2013 riots and Modi. It was a stupendous victory with Dr Sanjeev Balyan, the party’s candidate, sweeping the constituency by four lakh odd votes. The fact that the BJP had last won this seat in 1998 must’ve been an added sweetener.

In 2019, the first factor was all but dead as time healed the wounds and communal passions gave way to more pressing aspirations of the people.

Another big challenge for the BJP was that the Mahagathbandhan of Samajwadi Party (SP), Bahujan Samaj Party (BSP) and Rashtriya Lok Dal (RLD) fielded Ajit Singh, RLD supremo and son of former prime minister Chaudhary Charan Singh. Unlike his father who emerged as the tallest peasant leader in the region with cross-community appeal, Ajit Singh had reduced the party he inherited to essentially a party of one community.

The move of the Mahagathbandhan was aimed at separating Jats from the BJP. The community had gone from being the weakest link in the BJP’s Hindutva coalition in the region to becoming the strongest one in a matter of months, thanks to the 2013 Muzaffarnagar riots. What contributed to this shift to the BJP and away from RLD was the perception that Ajit Singh had deserted the community when it felt itself under siege in 2013.

The vacuum thus created was deftly filled by the BJP which backed Jats to the hilt. Sanjeev Balyan, a PhD in Veterinary Anatomy from Chaudhary Charan Singh Haryana Agriculture University in Hisar, emerged as the most fierce Hindutva advocate who championed the cause of all those who were being booked by the Akhilesh Yadav government for their involvement in riots, allegedly falsely. The BJP awarded Balyan with a ticket in 2014 and the rest is history.

In 2019, the victory margin of the BJP dropped to less than seven thousand from over four lakhs in 2014. The biggest reason was that Muslim votes which got divided between SP and BSP candidates in 2014 didn’t split this time and Muslims voted freely this time around which was made impossible in 2014 due to displacement and fear.

But another big factor was the split in Jat votes, thanks to the Ajit Singh factor. If not for Balyan, Singh would’ve chipped away more of Jat votes and defeated the BJP. It was the former’s personal connect with all, especially the youth, and the public works in villages that saved the day for him and his party.

In an election where many weak BJP candidates across the length and breadth of the country won riding on the coattails of Prime Minister Narendra Modi, Balyan stood out as an exception whose personal charisma played no less role in his victory.

When I visited Muzaffarnagar before the polls, I was awestruck by the widespread approval he enjoyed even among those Jats who were planning to vote for Ajit Singh. Villagers told me how Balyan has a strong network and personal contacts in over 600 villages in the constituency where he knows people by name and how has done some development work in all areas.

“He is always in the constituency. Hamare sukh dukh mein saath rehta hai (He is with us in joy and sorrow). Itni bhaag daud wala saansad hai nahi, poori UP mein he nahi milega (there is no other MP as hardworking as him in the whole of UP)” was the common sentiment among voters of all communities except Muslims. Some shopkeepers in Muzaffarnagar city were all praise for how accessible Balyan is. “Whenever an untoward incident happens, be it even a simple fight in the locality or a theft, Balyan definitely comes and ensures we get justice,” one said.

“Sukh ka to pata nahi, par Balyan sahb to har kisi ke dukh mein shaamil hote hain, chahe koi bhi ho (I can’t say about good times, but during our tough moments, Balyan is with us no matter what) another shopkeeper had told me.

This accessibility of Balyan and his leadership came in handy for the people of Muzaffarnagar during the anti-CAA riots in December 2019 when a Muslim mob had turned violent and was resorting to arson near the main market. Traders called up Balyan about the situation who arrived on the spot within minutes and ensured that police stop the rioters from destroying public and private property. If he hadn’t won in 2019 and if Yogi Adityanath wasn’t the chief minister, things could’ve been uglier than 2013, residents of the city felt.

But the 2019 election in Muzaffarnagar was more than just about deciding the fate of Balyan or that of the constituency. It also decided that Ajit Singh was no longer the tallest leader of Jats in West UP and Balyan would be the leading contender from now on.

The title of the number one leader of Jats in Uttar Pradesh is important, more so because that role was once played by Chaudhary Charan Singh. Charan Singh, as a politician, was not only a Jat leader but over the course of his career came to be the tallest leader of the farmers of Hindi-speaking India and the leader symbolising the economic, social, and political rise of the 'middle castes' in the north. It was that cumulative legacy, with what was left of it, that was at stake in Muzaffarnagar in 2019.

Balyan's agrarian background, rustic image, Hindutva credentials and strong support among Jats, still BJP’s fledgling supporters in the region, make him an asset for the party. Arguably, no other politician enjoys the cross-community appeal that he does in that region of Uttar Pradesh. It wouldn’t be an over-the-top assessment to call him 'western UP's Yogi'.

Even so, Balyan found himself dropped even as a minister of state in 2017. When he was appointed in 2019 in Modi’s second term, he was again made only a minister of state. With a Union cabinet reshuffle imminent and keeping the Uttar Pradesh assembly elections in mind, and also a potential challenge from Rakesh Tikait in western UP (who also hails from same Balyan subcaste - 'Tikait' is a title of the leader of Balyan khap), the BJP would be wise to give him an important responsibility that sends a strong signal in the region.