Uttar Pradesh By-Polls: Why SP-RLD's Changed Strategy Will Not Help Them Win Khatauli 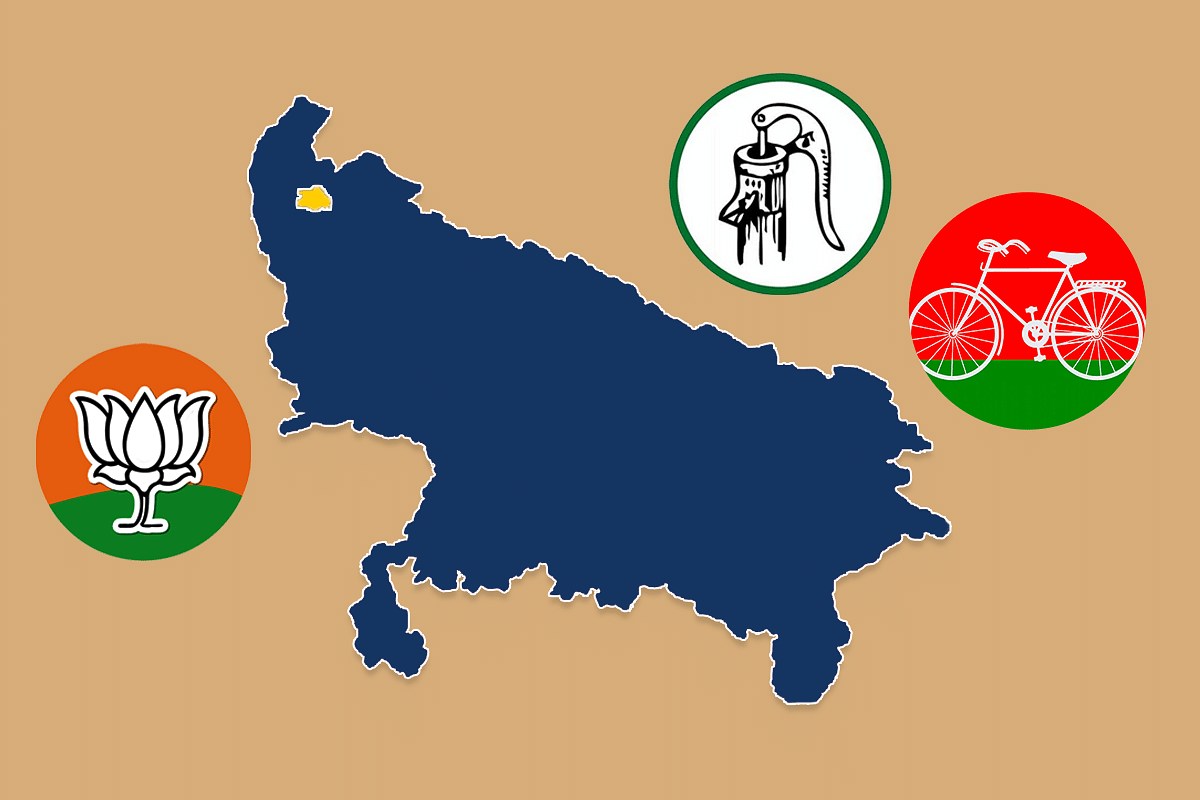 The Bharatiya Janata Party (BJP) announced Rajkumari Saini as its candidate for the by-polls to the Khatauli assembly seat.

The by-poll was necessitated as the seat fell vacant following the conviction of BJP MLA Vikram Singh Saini in a case related to the 2013 Muzaffarnagar riots.

Now his wife has got the BJP ticket. This suggests that the party stands by him despite his conviction. This is because it is believed that Saini was ‘standing with the people’ during the riots.

The BJP machinery will use this as a pitch to attract the voters and remind them that their MLA is in jail and has even had to give up his seat just for 'protecting them' during the riots.

In the context of riots, the Samajwadi Party-Rashtriya Lok Dal (SP-RLD) alliance is at the losing end because the riot was primarily a conflict between the Jats and Muslims, while the SP-RLD are banking on Muslim, Yadav and Jat votes.

The SP has given the opportunity of contesting the election on Khatauli seat to the RLD while keeping the Mainpuri and Rampur seats for itself. The RLD candidate is Madan Gopal, also known as 'Madan bhaiya'.

Khatauli assembly seat is a part of the Muzaffarnagar parliamentary constituency. The BJP has won this seat consecutively twice in the 2017 and 2022 assembly elections with Vikram Saini as its MLA.

Also, the party was leading in this assembly segment during the 2014 and 2019 Lok Sabha elections.

Basically, this seat has always gone with the wave. In 2012, when the SP-RLD alliance formed the government in the state, RLD candidate Kartar Singh Bhadana won from here.

Coming to the electoral background of the RLD candidate, Madan Gopal is a four-time MLA from Khekra seat of Baghpat district. However, he didn't win any election after this seat was delimited to form the Loni seat.

Since then, he has been with the RLD and contesting assembly elections on the Loni seat of Ghaziabad district. He came in second position in the 2012 and 2022 elections, while remained third in 2017 when RLD didn't form any alliance.

Sanjeev Balyan is one of the prominent leaders of the BJP in western Uttar Pradesh. Also, coming from the Jat community, he has the responsibility of attracting Jat votes to the party.

He is an MP from Muzaffarnagar constituency since 2014 and Khatauli being a part of this seat, has become somewhat of a question of prestige for Balyan.

In 2022, out of five assembly seats in the Muzaffarnagar constituency, the BJP could win only two. At that time there were murmurs in political circles of internal sabotage by Balyan.

While Khatauli was one of the two seats the BJP won, Balyan would still want to ensure a handsome win and put rumours to rest.

Also, the recently appointed state BJP president Bhupendra Chaudhary hails from western UP and also comes from the Jat community. Thus, this election is an opportunity for him as well to prove himself.

This seat has a considerable population of Dalit voters (around 60,000) and the change in BJP and BSP's vote shares indicate that the Dalit voters are shifting towards the BJP.

Saini community has a population of around 30,000 here while Gujjars form 27,000 of the population. In the assembly elections held earlier this year, both BJP and RLD candidates were Sainis.

In such a tough competition, the RLD candidate could not get votes from his own community. It is believed that a major chunk of RLD vote share came from the Muslim community which forms 27 per cent of the electorate.

Thus, RLD is this time contesting with a Gujjar candidate to avoid the competition for Saini votes and focusing solely on Jat-Gujjar, Yadav and Muslim votes.

However, the problem with this equation is that it didn't work in the recent assembly elections. Yadav and Muslim votes can come to this alliance but the Jat votes are slowly shifting to the BJP, especially after the Muzaffarnagar riots.

Also, people remember that RLD president Jayant Chaudhary was the one who wrote a letter to UP assembly speaker asking for Vikram Saini's disqualification, citing Azam Khan's example.

Thus, in this bipolar contest between the BJP and the SP-RLD alliance, BJP has an upper hand and is likely to win the by-poll.

The BSP and Congress have announced that they will not be contesting here. It is to be seen how the BSP votes get divided between the two parties.

Om Prakash Rajbhar-led Suheldev Bharatiya Samaj Party (SBSP) has declared Ramesh Prajapati as its candidate for Khatauli. However, it is unlikely to cause much impact as the party's influence is limited to eastern UP.