Venom Of CAB Critics Flows From This: ‘Hindus Are Persecutors, Never The Persecuted’ 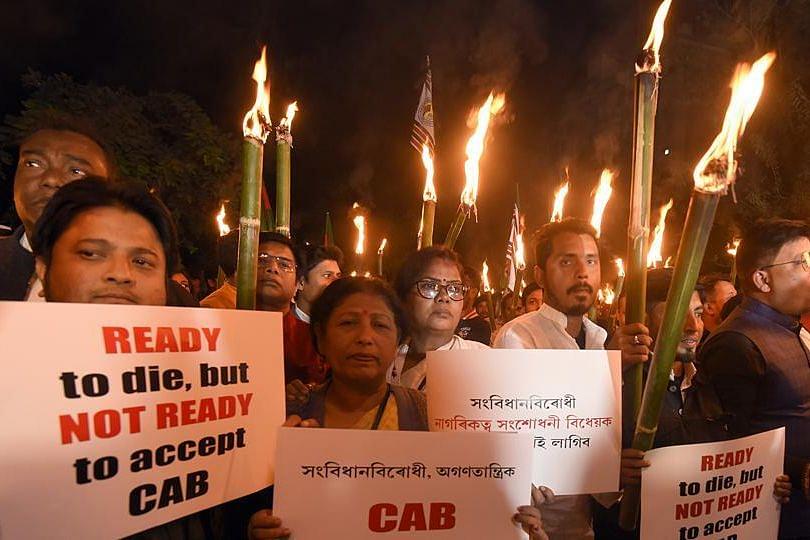 If one were to read the subtext in all the Left-Lutyens meltdown over the passing of the Citizenship Amendment Bill (CAB) 2019, which is now law after presidential assent, it is this simple one: how dare India speak up for persecuted Hindus in the neighbourhood?

A 72-year code of Omerta, where Hindus can only be seen as victimisers and not victims of oppression, has been broken and this is the primary cause of Left- Secular hysteria over CAB, which does not do anything to affect the rights of Muslims in India.

If one were to listen to all the critics who spoke against the bill in Parliament and outside it, there was almost no empathy for those persecuted by three Islamic states in our neighbourhood. Their main objection to the bill was, “how could Muslims be excluded from its ambit?” Suddenly, people who never spoke up for Shias or Ahmadiyyas and Hazaras discovered that they were the real oppressed peoples in the sub-continent. How dare Hindus fight for the rights of other Hindus?

The fact that Christians were included among the minorities to be fast-tracked for Indian citizenship did not draw one positive comment from the critics of CAB. They just did not want Hindus to be seen as victims ever.

This is the logic that made Left historians reject archaeological evidence about a pre-existing temple underneath the Babri Masjid, and also deny that any bigoted Muslim ruler ever destroyed temples for reasons other than politics. A non-Hindu ruler can never be seen as unjust to Hindu people, but the reverse can always be true.

This has been the pattern in India’s perverted secularism even since Indira Gandhi allowed assorted Leftists and Hinduphobics to take over the academic and intellectual spaces of India from the late 1960s.

This Hinduphobia did not originate from Nehruvian India, even though India’s first prime minister did not have much time for Hinduism or was an admirer of its innate inclusiveness and acceptance of diversity. The only major blot on Indic inclusiveness is caste, a mistake for which we are going to pay a huge price today and for a considerable time in the future.

Despite Nehru’s personal predilections and preference for socialism, his ministers and close political allies were no Hinduphobic. Which is why independent India could confidently use Indic symbols and Vedic and Upanishadic wisdom as mottos for its new institutions and arms of the state.

The early Indian leaders were not deracinated people filled with self-loathing and self-hate. Nehru himself was Hindu enough to want his ashes scattered in the rivers and mountains of India, albeit for non-religious reasons.

The language of Indian politics, though it has its origins in the colonised pre-Indian mindset, turned towards self-hate and Hinduphobia once the Left took over academia, and words inapplicable to the Indic context became central to our political discourse.

Thus, we talk of secularism, an idea that germinated in church-state conflicts in Europe, when pluralism – an idea that transcends religion and looks at other forms of diversities – is the Indian word to use.

The term majoritarianism is now standard issue with the 'secular' and Left cabal to tar Hindus, when Hinduism is not about one god, one prophet, one book, one set of fundamentals. It is possible for an Abrahamic country to be majoritarian, but not an ultra-diverse Indic civilisation that allows everybody to seek god and truth in his or her own way.

Hindus are a diverse people seeking to build a layer of unity today to avoid decimation and annihilation in their home country. With Abrahamism it is the other way around: it is about imposing unity through ideological purity and force, about world conquest and domination. Fundamentalism is inherent to Abrahamic faiths, not to Indic pathways.

An Indian sensibility, and a new sense of India as a civilisational state with obligations to all Indic peoples in the neighbourhood worries Hinduphobics no end. The opposition to CAB mirrors this reality. It is not about really fighting for equal rights for Muslim illegal migrants. It is about denying that Hindus can ever be victims, and that too in Islamic states.

The opposition to CAB is a reiteration of the Abrahamic brotherhood of Christianity, Islam and Marxism, all people of the book, revelations and millenarian visions of a perfect world brought about through endless violence against people they disagree with. Where violence is not feasible, ideological oppression allows for endless demonisation of India’s civilisational heritage.