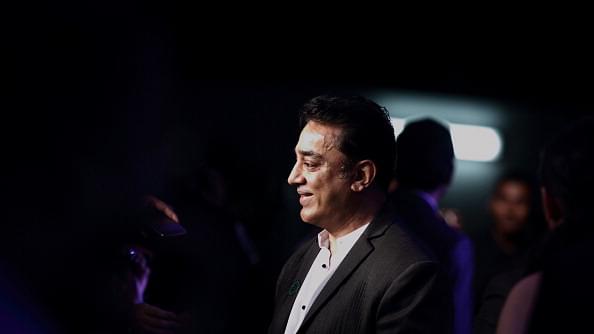 Before the launch of his political party, Makkal Needhi Maiam, if there was one thing every die-hard Kamal Haasan fan longed achingly to witness, it was the release of his purported magnum opus, Maruthanayagam. Grand in its conception and magnificent in its launch, the high-budget project stumbled upon a series of roadblocks one after the other and is yet to see the light of day.

The comparison between Haasan’s recent announcement of a new political party and his now-stalled film seems inevitable, for both started with grandiose launches and tall claims of impact upon fructification, but stare at a future that is beset with uncertainty.

Like the execution of his long-delayed film, Haasan’s ambition in electoral politics appears to overstretch his capacity to deliver what he promises. Propelled by his stardom and the political vacuum in Tamil Nadu after Jayalalithaa’s demise and Karunanidhi’s retirement form active politics, the very foundation of his party launch appears to be based on a shaky premise that it reduces political success to hitting a six of the first ball. The matinee-idol status of political icons such as M G Ramachandran (MGR) and Jayalalithaa did of course lend them the familiarity – and, in MGR’s case, even catapult him to the perception of a savior – which is needed to succeed in electoral politics, but that was by no means their trump card to political entry or success.

Attracted to the Dravidian movement led back then by C N Annadurai, MGR left the Congress party to join the Dravida Munnetra Kazhagam (DMK) in 1953. Over the next two decades, through multiple public meetings, speeches, and other appearances, he leveraged his stardom to lend glamour to a political ideology and helped mobilise a party organisation that had its roots in the Justice Party. This contribution consolidated his position within the DMK and helped him inherit the political legacy of Anna after his departure, even while he split the DMK party and cadre and formed the All India Anna Dravida Munnetra Kazhagam (AIADMK).

But that is not the case with Haasan; his negligible off-screen presence and groundwork is a clear liability in connecting with voters and putting in place a party machinery capable of winning elections. His projection of the micro-scale social activities of his fan clubs over the years as a testimony to the experience of his and his organisation’s experience in public life is a false equivalence; organising an election campaign, let alone a successful one, is vastly different from, and a far complex affair than, conducting a blood-donation camp. The jury is still out on whether the ‘intellectual-sounding’ Haasan will be able to reach out to the rural masses the way MGR, Jayalalithaa and Karunanidhi did.

Haasan also claims that he belongs neither to the left, nor to the right, and that his party will be centrist. This remark runs against his earlier statements that saffron is not his colour and that he prefers black and red over saffron. Though the supporter in his intellectual fan base might applaud Haasan’s disdain for political ideology and its trappings, such a stand may not augur well for rallying party workers to the cause. The burden of a political ideology is the cost it extracts for unifying a group of people with differing opinions, and where one member’s self-interest is in conflict with that of another.

How Haasan deals with such inevitable opportunism and intra-party power play, and the way his core advisory group goes about selecting and empowering district-level functionaries will decide the robustness of his party’s image and its preparedness to face the upcoming state elections.

Nevertheless, it may be imprudent to dismiss Haasan as a political force. His anti-corruption stance – though not backed by an action plan for eliminating corruption – seems to have been taken favourably by the young urban voter, at least on social media. The success in Delhi of the Aam Aadmi Party, whose founder Arvind Kejriwal Haasan invited to his party launch, is an example of a party successfully riding the anti-corruption wave. But Tamil Nadu is no Delhi; here, caste, along with money and muscle power, has always been crucial in deciding electoral outcomes. The true test of Haasan’s political innovation is in finding out if and how he manages to fish in these troubled waters.

With the advent of the two southern superstars Rajinikanth and Haasan into mainstream politics, the practical disintegration and loss of popular goodwill of the AIADMK, the gradual inroads that the Bharatiya Janata Party is making in the state, and the hesitation and apparent inability of the DMK to project a powerful political alternative after Karunanidhi’s retirement, the political landscape of Tamil Nadu has become unpredictable and open to multiple possibilities. Therefore, whether Haasan will be able to pull it off in such a scenario and carve a space for himself is impossible to predict immediately with any degree of certainty. But it is certain that he faces an uphill task in convincing an electorate that is increasingly unwilling to be baited with hot air packaged as a narrative of change, for unlike in cinema, dialogues don’t deliver punches in politics – action does.