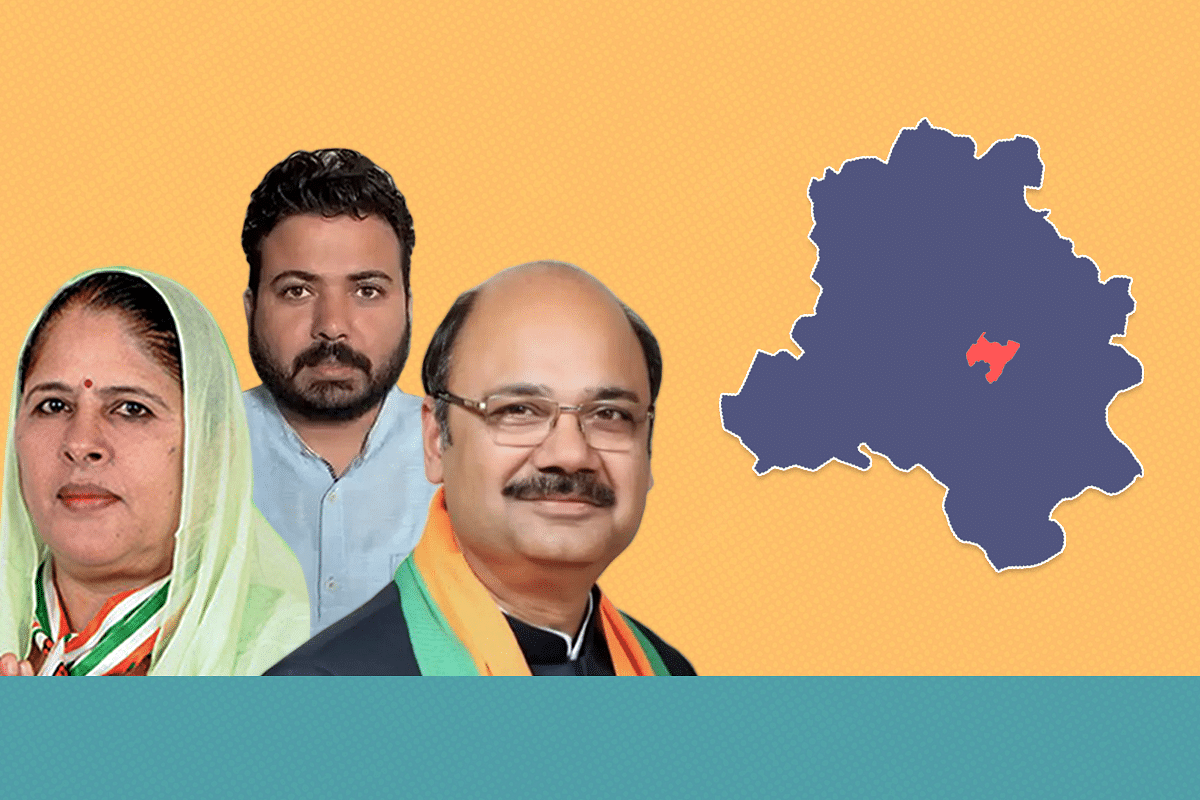 The by-polls in Rajinder Nagar Assembly seat are due on 23 June 2022. The fight for the seat, vacated by Aam Aadmi Party (AAP) leader Raghav Chadha is turning into a battle of prestige as the bigwigs from AAP and BJP put their might behind to win the seat.

While AAP has brought Durgesh Pathak, an organisation man from Karawal Nagar, into the fray, Bharatiya Janata Party (BJP) has put up Rajesh Bhatia, a local and former MCD councillor from the area as its candidate. Congress has also chosen a former councillor, Prem Lata as its poll candidate. The assembly seat in contention has 164,698 voters, out of which around 56 per cent are males while 44 per cent are females.

The seat was won by AAP in 2015 and 2020. In 2020, Raghav Chadha replaced the incumbent AAP MLA and won the seat with 20,000 votes against BJP’s RP Singh. Chadha was then appointed as the Vice President of the Delhi Jal Board. The residents, who voted for Chadha, had high hopes from him. However, in the past two years, Chadha remained elusive in the constituency, mostly seen in Punjab, where he oversaw the AAP’s election campaign.

The by-poll is being fought on local issues. The blazing heat in Delhi has aggravated the water woes with no end in sight. While Chief Minister Arvind Kejriwal held several road shows in the constituency and promised the residents about finding a solution to the water shortage in the area, BJP, too, is keeping its best foot forward with many of its ministers, MPs and MLAs campaigning for Bhatia.

Kejriwal, who has been in power in Delhi for the past seven years, has till now been unable to solve the water crisis and is often seen blaming Delhi’s bordering states for the same. A local resident, Isha Pareek, highlighted that water scarcity, power outages and blame game between the centre and state government are her main concerns.

The propping of liquor shops owing to the Delhi government’s new liquor policy puts BJP in a favourable state. The residents have complained of the nuisance created on the streets due to aggressive discounting allowed on liquor prices.

The Rajinder Nagar assembly constituency consists of a varied group of people, from lower and upper-middle classes to slum dwellers and villages.

Gajendra Yadav, treasurer of Delhi BJP’s OBC Morcha told Swarajya that the slum cluster at Budh Nagar has around 50,000 voters. They are not happy with the Kejriwal government for its inability to fulfil its promise of building pucca houses under ‘the Jahan Jhuggi, Wahin Makaan’ policy of Mukhyamantri Awas Yojana. Lack of roads and sanitation are some of the other complaints slum dwellers have.

The by-poll in Rajinder Nagar is focused on governance, accountability, and accessibility of the leaders once in power. It is unlike the past two elections where the discussion would revolve around free electricity and water. Now, the reality of those promises is starting to reveal itself, with water woes and power cuts becoming an order of the day in the national capital.

Also Read: Is The Maharashtra Government In Danger? Here Are The Numbers