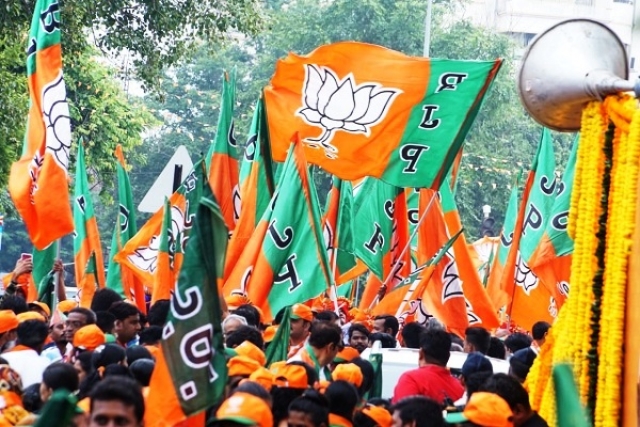 Bengal’s BJP leaders and minders have often drawn flak for their insensitive and obnoxious remarks and speeches.

The latest such is state general secretary Sayantan Basu. Reacting to the death of a 56-year-old woman — Sameeda Khatun — who had been sitting at a continuing anti-CAA protest at Park Circus in Kolkata early Sunday, Basu questioned her nationality.

“We need to first find out if she was a Bangladeshi or an Indian citizen,” Basu told reporters who asked for his comments on her death due to cardiac failure.

Citizens, including netizens, were quick to train their guns on Basu. Social media was flooded with an outpouring of disgust and outrage over Basu’s remarks.

The BJP leader’s insensitive remarks comes on the heels of yet another outrageous comment by state party chief Dilip Ghosh, who is known for making tasteless comments.

A young woman with an anti-CAA placard went up to a pro-CAA rally in Kolkata that was being led by Ghosh last Thursday (January 30).

BJP activists heckled the woman, a student of Sanskrit College, and tore up the placard. She was rescued by police and bystanders.

Reacting to the incident, Ghosh said the woman was lucky that “only the placard, and nothing else, was torn”. “She is lucky that nothing else was done to her,” he remarked (read this).

This also sparked outrage and anti-CAA protesters as well as a cross-section of citizens rallied around the woman, who lodged a complaint against Ghosh.

Ghosh had also wondered aloud recently why no anti-CAA protester at Delhi’s Shaheen Bagh has not fallen ill despite the cold weather prevailing there.

Earlier last month, Ghosh had courted controversy by saying that anti-CAA protesters who destroyed public properties were “shot down like dogs” in Uttar Pradesh and Assam.

He said Mamata Banerjee did not take any action against those who damaged and destroyed public properties in Bengal since they were her voters.

A few days ago, BJP’s Bengal minder and party national general secretary Kailash Vijayvarghiya said at Indore (watch this) that he could identify some labourers working in his house as Bangladeshis since they were eating poha (flattened rice).

That remark also triggered angry reactions and ridicule from across the country, with many pointing out that poha is had in many parts of India.

A few other BJP leaders from Bengal have also been severely criticised for making obnoxious, hateful, incendiary or ridiculously silly statements in the past.

“Our leaders must keep in mind that the challenge before the party in Bengal is to win the trust and support of the influential middle class Bengali bhadralok in south Bengal, especially Kolkata. Silly and intemperate remarks put off such people and conveys a poor impression of the party,” said a member of the BJP’s ‘intellectual cell’ who did not want to be named.

He added that BJP leaders in the state have to portray themselves as “different and intellectually and morally superior” to the Trinamool leaders.

“The Trinamool is known as a party of lumpens led by vacuous men and women. But, to the Bengali bhadralok, the Trinamool is like the ‘known devil’. If the BJP has to gain the confidence and support of this crucial segment of Bengal’s electorate, our leaders have to speak and behave with maturity and sagacity,” the BJP functionary added.