What Does J&K Need After ‘377’ Verdict? Azadi From Discrimination! 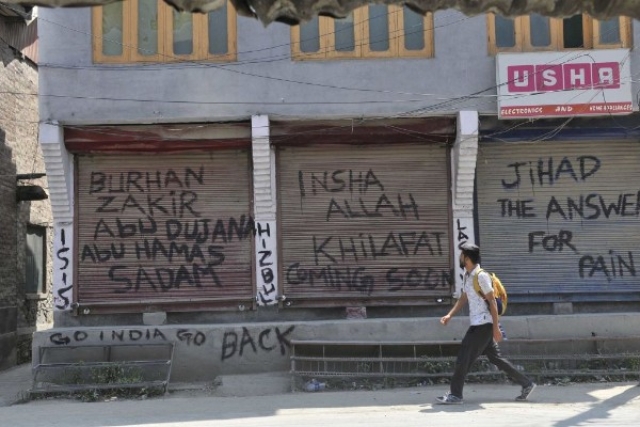 As India celebrates the elimination of Section 377, a colonial legislation undermining the social reality of contemporary India, the question remains, does that remove all kinds of discrimination in India?

Discriminating against a certain section of the population for their sexual orientation is offensive to their existence, so, how can the lawmakers justify discriminating against women, Valmikis and Gorkhas of one of the states of India – Jammu and Kashmir – under Article 35-A?

Discrimination in any form is unacceptable, and thus, the same thinking must be applied to Article 35-A as well. For instance, how can a child born to a woman who was once a permanent resident in Kashmir be denied his rights in the state of Jammu & Kashmir only because the woman chose to marry a man from Punjab or Bihar or any other part of India? How can such women not be considered permanent residents of the state? Why can’t Valmikis, who were promised ‘permanent resident status’ in 1957, not be granted the same even now?

As India shakes off one form of colonial discrimination, Jammu and Kashmir, where the Indian Penal Code does not apply, still needs to battle the twin discrimination of Section 377 and Article 35-A.

To strengthen their rule after the revolt of 1857, the British introduced the Indian Penal Code. The first draft of the code was submitted in 1837 to the then governor-general of India, but it underwent many revisions before it was presented again to the legislative council in 1856.

After the rebellion of 1857, the code went for more careful revisions, to avoid an unprecedented backlash similar to that of 1857 against Enfield Rifles. The code was passed to become law on 6 October 1860.

Chapter 16 included sections on sexual offences. One of the sections in this chapter, Section 377, dealt with the unnatural offences. The explanation for the phrase ‘unnatural offences’ related to unnatural sexual acts where these acts have no rational connection to the classification of sexual acts which may or may not lead to an offspring. As the code was acclaimed to be ahead of its times, no one then raised a question on this act.

The British amended the act further in 1897 to include the ‘eunuchs’ or transgenders as a notified group. The act went on to deny transgenders any right to adopt children and perform in street plays. They were liable for a heavy fine and imprisonment in case they were caught. The British considered the transgender community a ‘distasteful nuisance’ and their records were kept in each province and were consistently suspected for acts of sodomy, and sometimes even other crimes.

Cut to 2001. The Naz Foundation filed a public interest litigation (PIL) with the Delhi High Court, challenging the constitutional validity of Section 377 under Article 14 of the Constitution on equality, Article 15 on equality on the basis of sex, Article 19 on the freedom of speech and expression, Article 21 on the right to privacy and health.

Naz Foundation’s case against the Delhi High Court came up for hearing before a bench comprising Chief Justice Ajit Prakash Shah and Justice S Muralidhar. The judgement came on 2 July in 2009 with homosexuality being decriminalised. Under Right to Dignity and Privacy within the Right to Life and Liberty under Article 21 of the Constitution, homosexuality was decriminalised.

It wasn’t enough, however, to convince the Supreme Court of India. In a bizarre turn of events, the Supreme Court overturned the Delhi High Court judgement, saying that the declaration made on Section 377 was “legally unsustainable”.

In August 2017, while entertaining a petition against the Aadhaar programme, the Supreme Court ruled that privacy was a fundamental right. The court also added that an individual’s sexual orientation fell within the realm of their privacy and any discrimination on that basis was offensive to the dignity of that individual.

The country, in unison, celebrated the elimination of Section 377, a law against the idea of the contemporary world we live in. The laws of any nation must resonate from the socio-economic set up and the nation’s Constitution, but most importantly, from the times we live in. Holding even a small part of the population hostage to laws drafted over a hundred years ago and out of sync with the realities of today is offensive to their existence and to the country.

In the same vein, Article 35-A is only an example of all laws out of sync with today’s realities and which must go. The complete constitutional integration of Jammu & Kashmir with India can no longer be held hostage by a few separatists.

It’s not about one law, but all those laws that validate discrimination in any form. If Section 377 was a curse for the people of India, Article 35-A is a curse to the principles of the Constitution, and thus, it must go. While Section 377 had its origins in the British Raj, the existence of Article 35-A can be attributed to the political turmoil and the Nehruvian consensus on Kashmir of the 1950s. The country has moved on from both.

Lawmaking can no longer be a matter of convenience. We must turn to history not to seek apologies for those we have wronged but to correct whatever wrongs anyone committed even today, in principle and in existence.