What Happens To The ‘Shiva Bhakt’ Now? 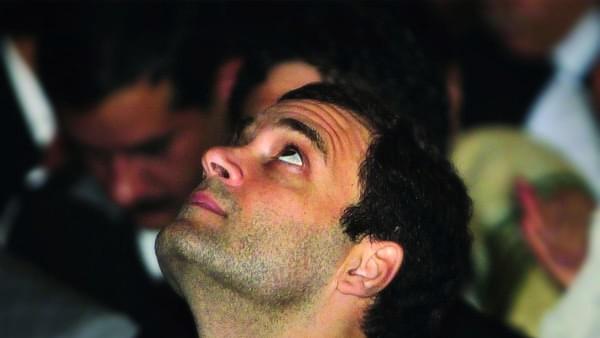 According to the Congress party, their new president, Rahul Gandhi, prayed in the sanctum sanctorum of no less than 25 temples in the run up to the Assembly elections in Gujarat. The final numbers from the state were 99 seats in favour of the Bharatiya Janata Party (BJP) and 77 for the Congress. In a 182-seat assembly, the majority mark is 92. Clearly, for all of Gandhi’s ‘temple runs’, Gujarat has stayed with the BJP. In fact, the party has increased its vote share from 47.9 per cent to 49.1 per cent.

But now, what happens to Rahul Gandhi’s Hindutva push? In this regard, there are a few possible scenarios:

By many accounts, it appears that Rahul Gandhi was certain of a Congress victory in Gujarat. His party colleagues, and sections of the mainstream media can also be trusted to have created an echo chamber around him, in which all that could be heard was that ‘the headline on 19 December would be that Congress wrests Gujarat from BJP under Rahul Gandhi’.

Even without an echo chamber, the opposition in Gujarat can hardly be blamed for being hopeful about their chances since the BJP was defending more than two decades of incumbency.

And to add to all of it was his elevation to the post of the president of his party. Barely a week into the new job, Rahul Gandhi was all set to deliver Prime Minister Modi’s home state to the Congress. The script was ready, the hero had to just act it out.

But that was not to be.

Thus, losing Gujarat may have a greater impact on Gandhi and his team than it appears. And if his reading is that the soft Hindutva push did not help, and that it made him and his party campaign on alien turf, then it would be the end of it. He’d return to those optics which are closer to his and his party’s nature.

Karnataka, which is the next large state up for elections, is already witnessing the state Congress government go big on minority appeasement. If Rahul Gandhi thinks his temple hopping was a wrong decision, then in the next election campaign, it would be back to ‘secularism’, and home, for him and his party.

The downside to this decision would be that this would leave the entire Hindutva constituency for the BJP. As a result, leading upto the 2019 general elections, the debates around Hindutva may not be carried out between the BJP and the Congress but within the BJP, and between the party and its allies.

2. Go for a larger tilak

The fact is that this is the best performance of the Congress in Gujarat since 1985. So, a logical conclusion for Rahul Gandhi to draw would be that whatever he did in the Gujarat campaign was working, and that he needs more of it in the country. If that is the line of thought, then one can expect more temple visits, and more loud and proud proclamations of him being a proud Hindu.

In such a scenario, the BJP may be forced to come up with a two-pronged response. One, force Gandhi beyond the optics of Hindutva and ask what he and the Congress have done, or will do, for the Hindus in terms of policy. And two, demonstrate what they, the BJP, have done about it themselves.

The campaign for Gujarat this time saw Congress go actively for caste mobilisation. It didn’t matter that what the Congress promised to Dalits, Patels and Other Backward Classes (OBCs) was practically impossible. As things stand today, Congress has returned its best performance in Gujarat in three decades.

Again, if Rahul Gandhi thinks that it is the ‘Gujarat model’ of campaigning and politics that the Congress has to replicate, his party will emphasise on caste mobilisation and election campaigns with clear caste overtones.

The counter to such a mobilisation, from the side of the BJP, will have to come from Hindutva. It is likely that the organising principle of Congress’ caste politics be the economic grievances, real or imagined, of particular castes. Thus, ‘vikas’ will not be an effective counter here. Identity politics will have to bettered by even more effective identity politics.

If the opposition plans to fight the BJP in 2019 with local caste mobilisations, it gives the BJP an incentive, and also makes it necessary, to go for Hindu mobilisation.

The one rider to all the three points above is that they assume that political initiatives would be taken by Rahul Gandhi and the Congress, and the BJP would only react to it. The reality of the last three years, at least, has been different. It is the BJP which has been setting the agenda, largely, with the Congress being the one that responds.

Almost all Indic traditions trace their origin to Shiva, if Rahul Gandhi too traces the ‘moral victory’ in Gujarat too him, we have intriguing debates lying ahead of us.