What Prime Minister Modi Can Gift The Nation This Diwali 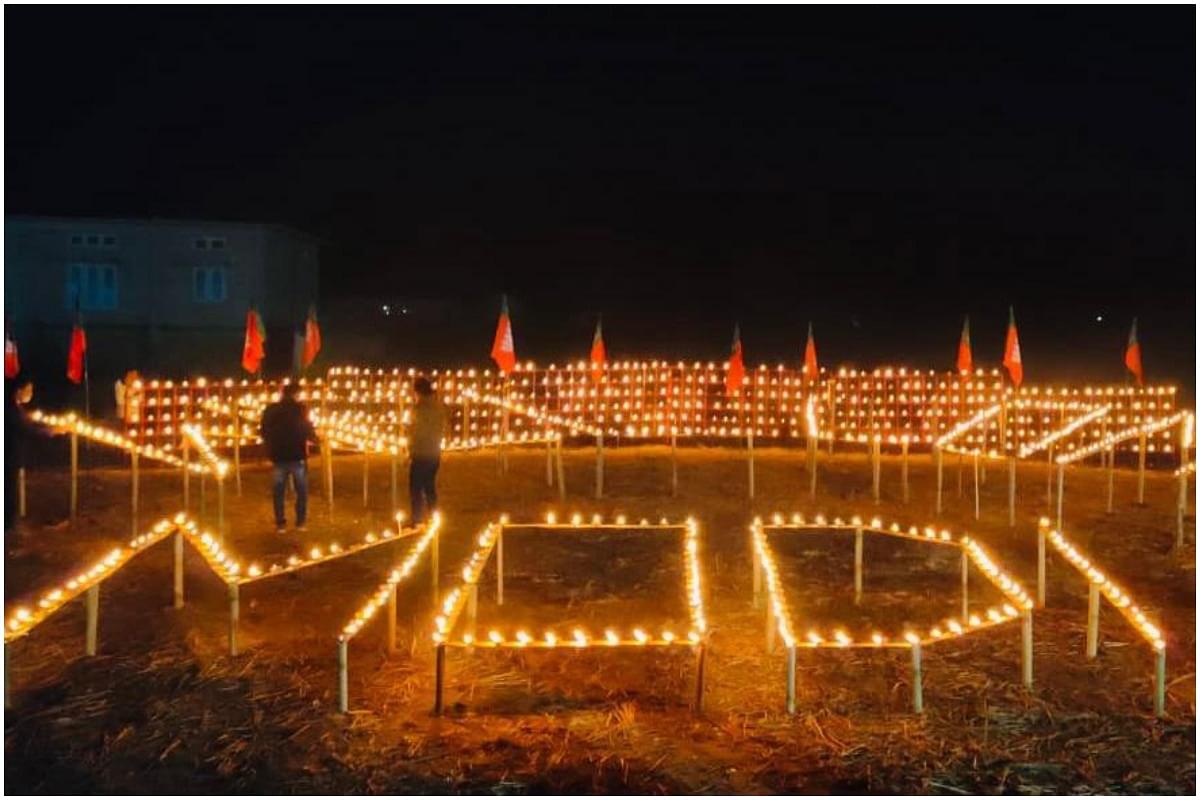 What would lift up festive spirits is, if the PM, in a public address, advised state governments to not have arbitrary restrictions on festivals and rituals.

Looking back at 2021, when the political history of India would be written, the most decisive moment would be when Prime Minister Narendra Modi decided to address the nation after a devastating and depressing second wave, shed clarity on the vaccination process and how and why states were faltering, and then centralising the entire vaccine process.

That, in a real sense, was a masterstroke.

Today, as the number of doses administered nears 100 crore, one can say using the benefit of hindsight that the Prime Minister was spot on. At that moment, the Prime Minister was not only a manager or the holder of the highest political office in the country, but a leader first and foremost, reminding people that in a few days, vaccine access would not be a problem, and then, repeatedly, urging them to get the vaccine.

These decisive shades of leadership have been visible on many occasions. During demonetisation, people queued up outside ATMs, adapted to the world of digital payments, and even went through hardships at a personal level because, in Modi, they saw a leader they could trust for the greater good.

During the implementation of the Goods and Services Tax (GST), professional bodies and lobbies, companies and entrepreneurs, everyone rallied behind Modi, embracing the temporary shocks as service for the betterment of the nation.

Post-Pulwama in 2019, unlike post-Mumbai in 2008, the nation trusted the wisdom of the Prime Minister in avenging the deadly attack on our forces.

Time and again, people have showcased the faith they have invested in the Prime Minister and his government.

However, today, on the ground, that faith finds itself mocked by the hypocrisy of many state governments, and that of the Centre. After 18-months of the pandemic, the period between Navaratri and Diwali was supposed to be that of celebration, festive spending and consequent economic boom on the ground. But thanks to the arbitrary diktats by state governments, the festive fervour has been diminished.

Merely a couple of days before Dussehra, the markets in New Delhi are deserted in many places. In New Delhi, Rajasthan, Odisha, and parts of Haryana, firecrackers were banned completely, including their sale and storage and who knows what plans other states might be having.

Similar restrictions were extended to some parts of Haryana and even Chandigarh, a union territory under the supervision of the Home Ministry. In the garb of Covid-19, muted Dussehra and noiseless Diwali celebrations are being forced upon citizens and the judicial activism of the courts from the previous years is being supplemented by the unexplained actions of many state and local governments.

Truth be told, people are tired of these rules for many reasons. Firstly, across India today, in most places, no Covid norms are being followed. From the Delhi Metro to the Delhi markets, from the busy streets of Mumbai and the local trains, and even in states like Kashmir and Uttar Pradesh where masks are a forgotten wardrobe addition, the Covid norms are history.

One can attribute it to the successful vaccination drive or the falling number of cases, but there is no reason for any government to assume that any Covid norm is being followed on the ground.

Two, the hypocrisy of these restrictions. Beginning to recognise the pattern, people are questioning the relative ease of restrictions during Eid and Bakrid and the unexplained norms for Janmashtami, Ganesh Puja, Durga Puja, and now Dussehra and Diwali.

In Delhi, the question is rather straightforward — if the Covid threat is as big as many claim, why are farmers being allowed to create a mini-city each day?

Why are political rallies still going on like normal? Why are there rules only for Hindus?

The negative sentiment on the ground is not without reason and while it may not translate into an electoral issue in 2024, it does warrant the attention of the Prime Minister.

For the Prime Minister, the ideal move would be to play to the gallery, and in a public address to the nation, advise the state governments to not have arbitrary bans on firecrackers during Diwali (it’s too late for Dussehra, anyway).

The advisory can also include the usual request to adhere to Covid norms, practice social distancing wherever necessary, and to ensure that everyone has at least been injected with one dose of the vaccine.

Modi must not also shy away from selling the success of the vaccination drive, for 100 crore administered doses is no easy feat.

This opportunity should also be used to set the record straight on firecrackers and pollution. For years now, pollution in Delhi originating from the stubble burning in Punjab, Haryana, and Uttar Pradesh has been incorrectly attributed to firecrackers.

Disturbing images of the smog-engulfed capital coupled with a parroting media narrative have somehow convinced people that bursting firecrackers for a couple of hours on Diwali can result in 20 days of smog with little visibility.

Therefore, it is time the Prime Minister called out the elephant in the room — the farmers.

It has been a difficult few months, especially since April this year, and the country could do with some festive cheer, and for the country, there would be no greater gift than the Prime Minister leading from the front as Hindus begin reclaiming their festivals.

No more diktats on how tall our idols must be or how muted our celebrations are to be, please.