What The Prajapati FIR Means: To Even Register A Complaint Against UP Govt Minister, SC Needed 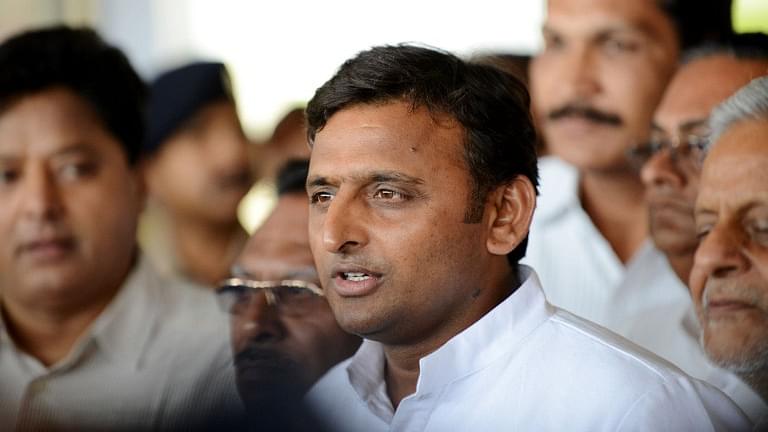 "Kaam bolta hai" (work speaks for itself), the Samajwadi Party (SP)–Congress alliance's campaign tagline in the ongoing UP elections revealed itself in cruel ironies. After a case of rape was filed against SP's Member of Legislative Assembly (MLA) from Kannauj, Arun Verma, the Supreme Court ordered the Uttar Pradesh police to file another case of rape against high profile minister Gayatri Prajapati.

The order exposes the hollow claims of Chief Minister Akhilesh Yadav's good governance. One can imagine the breakdown of governance in UP when a complainant has to go all the way upto Supreme Court just to get an FIR registered. The outcome of investigations, with such a compromised police, is anybody's guess.

Corruption, nepotism, violence on women, politicisation of the police and breakdown of law and order- Prajapati's is a story of everything that went wrong in SP rule in UP. Prajapati, who was living Below Poverty Line (BPL) until a few years back, had filed assets worth less than Rs one lakh when he filed his nomination papers for Assembly elections in 2002. Two years back as Minister for Mining, he was facing allegations of accumulating assets worth Rs one thousand crores in the Lokayukta Court.

For someone owning a fleet of cars including the high-end Mercedez and BMW models, Prajapati kept availing benefits reserved for Below Poverty Line (BPL) citizens. While he was a minister, he availed the "kanya vidya dhan" ( girl's education scholarship) for his daughter's education despite the scholarship being reserved for underprivileged families. He is also accused of grabbing gram panchayat land in Lucknow and selling it off as residential plots. His son Anurag has also been accused of doing the same in Amethi. Anurag was also accused of abducting a woman.

Citing Prajapati's dismissal from the Cabinet in 2016, a section of media tried to shield CM Akhilesh Yadav from his minister's wrongdoings by alleging that Prajapati was close to Prateek Yadav, Mulayam Singh Yadav’s other son. But insiders claim that he had both the camps in good humour. Not only did he bag the prime portfolio after being reinstated in Akhilesh's cabinet, he was also allowed to bureaucrats of his choice in Sonebhadra District. The district is infamous for illegal mining of limestone and dolomite. Two District Magistrates- BB Pant and Suhas L- were removed from their positions for opposing illegal mining. Five corruption cases in the Lokayukta Court and one in Allahabad High Court did not stop Akhilesh Yadav from reinstating Prajapati as a minister in his cabinet.

After his reinstatement in the cabinet, Prajapati embarrassed everyone by prostrating before Mulayam Yadav and, Akhilesh Yadav, who is several years younger to him. The Governor had to chide him for indiscipline. It is also to be noted that Prajapati continues to have Akhilesh's full backing in Amethi as SP candidate despite the constituency being considered Gandhi family fiefdom.

From his partisan handling of Muzaffarnagar riots to petty retorts on womens’ security ( Akhilesh on being questioned by a journalist on recurring rapes had crassly remarked "but aren't you safe?") and callous disregard to rampant corruption, CM has had it easy with media. Nobody expects media to grill him over allegations on Gayatri Prajapati either but hopefully voters in UP will teach the SP a lesson.