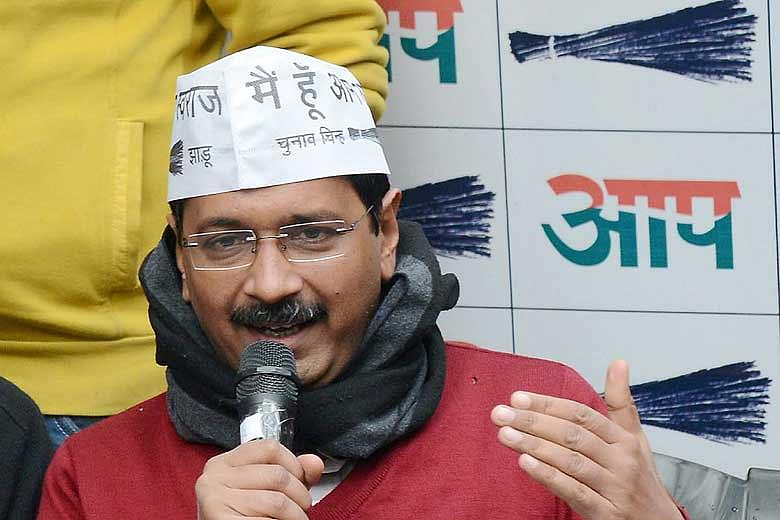 Should Arvind Kejriwal be defined as an abusive troll for calling the Prime Minister of India a psychopath?

Now let us look at the definition of online trolling from Dictionary.com –

Shouldn’t calling the Prime Minister of India a psychopath be considered inflammatory, inappropriate and upsetting to his supporters?  Also isn’t it something which seems to be looking to provoke a response?

In fact, the aforementioned source defines psychopath as-

A person with a psychopathic personality, which manifests as amoral and antisocial behaviour, lack of ability to love or establish meaningful personal relationships, extreme egocentricity, failure to learn from experience, etc.

So you can see that this is way out of line, but it is not the first time Kejriwal has done this. He once retweeted this piece of gem by @VishalDadlani-

While he didn’t say it directly, the tweet was a clear reference to Congress Vice President Rahul Gandhi and Modi’s Godhra allegations.

So why is most of the intelligentsia soft on Kejriwal? They do go hammer and tongs after several anonymous supporters of Modi. Why is the Prime Minister responsible for every anonymous troll while other people are excused for their own abusive statements?

In fact, many such intellectuals have already expanded the definition of an online troll to include the following-

When it comes to the word “troll”, old media and #AdarshLiberals have declared themselves the establishment and anyone who opposes them online automatically becomes a troll.

Nowhere is the concept of the troll as abused as it is in India. A lot of famous people and celebrities try to portray Twitter as nothing more than a place for trolls where only abuse rules.

These intellectuals club abuse, criticism, parody and even genuine myth busting as abuse. Therefore even if actual abuse is less than 0.01 per cent it is stretched to include more than half of Twitter.

Sure there are abusive accounts, but then what is the block/report button for?

One only wishes more people started using this rather than outraging 24X7. There are a lot of celebrities and senior editors who keep complaining of threats all the time. Why can’t they file a police case instead of outraging 365 days a year?

So if you simply block/report abusive tweets and take police action against really serious threats (instead of merely outraging) you can clean up Twitter. (Interestingly most of the police cases filed in India happen to be around criticism and not abuse or threats!)

However only the so called Modi supporters are singled out as abusive! If you choose to ignore all the abusive Tweets from Congress/AAP supporters and many active celebrities, it is an argument that will go absolutely nowhere.

Finally there will be people who will criticize you, make fun of you and try to rubbish you. That’s the thing about freedom of speech. It works both ways. If it’s there, people will offend you. If you can’t offend anyone, then there is no freedom of speech and expression in the first place!

You have to separate witty criticism from actual abuse and threats. As long as you club everything together, then there is no solution in sight.

It is thanks to all of the above that in the Indian Twitterverse the word “troll” has lost all meaning and happens to be a much abused term.

As long as all trolls, critics, parody handles and Modi supporters are clubbed together, there’s very little chance of coming out with a solution to end actual abuse and threats in the cyberspace, as far as India is concerned.

Of course, the real reason is power and influence. From 1947-2009, it was the old media which ruled and dictated public opinion and influenced elections. But now social media has occupied a significant place in public discourse. Social media played the biggest role in Modi’s 2014 general elections victory.

Since old media editors (along with a lot of celebrities) are getting marginalized by the day, they go out of their way to rubbish and malign new media at each and every possible chance. Popularizing the “widespread troll myth” is the biggest one of them.

But the biggest tragedy is the “I criticize” but “you abuse” argument.

Sunil Rajguru is a Bengaluru-based journalist. He has worked for the Hindustan Times newspaper and website, CyberMedia, the Centre for Science &amp; Environment and IT market research firm IDC India. He blogs at http://sunilrajguru.com/
Get Swarajya in your inbox everyday. Subscribe here.
Tags: