When Jyoti Basu, Of All People, Extended Support For Liberalisation Of Coal Sector 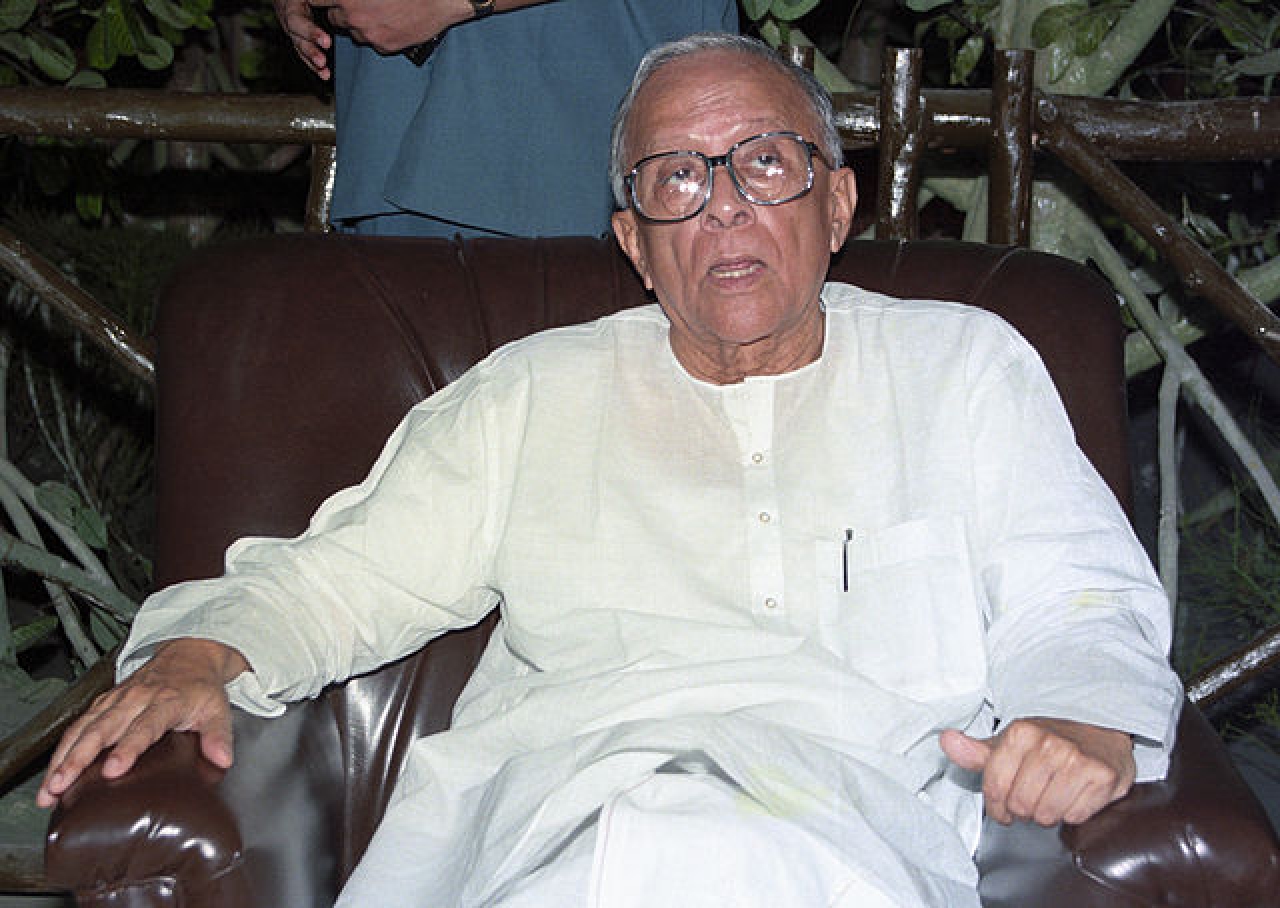 Jyoti Basu, former Indian politician from the Communist Party of India (Marxist) in West Bengal and chief minister of the state from 1977 to 2000. (Biswarup Ganguly/Wikimedia Commons)

The politics of coal in India is well documented. The country’s coal reserves were the lifeline that fuelled the British Empire in Asia. A scandal revolving around coal nearly sent a prime minister to jail. In this book, author Subhomoy Bhattacharjee takes readers on an exciting journey around the murky politics of coal.

It was paradoxically from the stiffest anti-reform segment of the Indian political spectrum at this juncture that liberalisation of the power sector and with it that of the coal sector came to Rao.

It came from Jyoti Basu. By 1993, Basu as the long-serving chief minister of the Communist Party of India, Marxist (CPIM)-led government in West Bengal had come to don an awesome aura. The Soviet Union had collapsed, but the communist movement in India had not dimmed at all. Unlike the 1950s, when the post-Stalinist tumult in USSR had weakened the Indian communists politically, in the 1980s and 1990s, the CPIM was winning consecutive elections in West Bengal and alternately in Kerala. Basu’s rule brooked no opponents as even Pranab Mukherjee had discovered to his cost.

Days after the Rao government took office, Basu’s West Bengal government in a striking departure from established norms of State–Centre behaviour had released a document, ‘Alternative Policy Approach to Resolve the BoP Crisis’. States in India often disagreed with the Centre, but none of them until then had ever publicly ticked off the Centre’s right to take an international position.

But instead of chiding Basu, Finance Minister Singh and then Rao sent detailed letters to him explaining their policies and soliciting his support. A frown from him was enough to unnerve and could even force a change in the central government’s policies.

By 1993, Basu had consolidated his position even more within his party and within the Indian political firmament, while Rao’s had weakened with the stock market scams and the post-Babri Masjid riots. As the Centre struggled to get power reforms off the ground, Basu offered a surprising alternative.

There was a background to the developments. Early in 1993, Rao had entrusted the job for making changes in the coal economy to another promising member of his cabinet, Purno Ajitok Sangma, who held independent charge of the portfolios of coal and labour.

The minister soon discovered what he was up against. The Coal Mines (Nationalisation) Act of 1973 and its amendment of 1976 had extended a blanket ban on coal mining in the future by any entity except those specified by the government. Any change in that list could only be brought through an amendment of these acts through the Parliament. The only exceptions allowed were for captive mining by private companies engaged in production of iron and steel and sub-lease of coal mining to private parties in isolated small pockets ‘not amendable to economic development and not requiring rail transport’.

Alok Perti is one of India’s most knowledgeable men about coal. Unlike many IAS officers who traipse through departments, Perti has stayed with the sector for a long time and even after his retirement as an adviser. He told me that Sangma shocked the cabinet by bringing in a proposal to reverse the nationalisation. His cabinet note asked for letting private companies again begin to mine coal for sale in the open market. Typical of government bureaucratese, it was to go through as an amendment to the Coal Mines (Nationalisation) Act instead of asking for a repeal of the act. There was a precedent to his note. Just a month after assuming office in 1991, the government had done something similar rolling back industrial licensing. It allowed for foreign investments and even permitted sale of public sector companies terming the new Industrial Policy an extension of the earlier Industrial Policy statements from 1956 onwards that had progressively blocked these avenues.

Sangma argued with his colleagues that it would be healthy to let CIL compete with the private sector. About the obvious challenge from the labour unions of CIL, one of the toughest among the public sector, the minister felt that he would be able to bring them around. He had served as the minister for labour in the Rajiv Gandhi cabinet and had established his credentials with vast sections of the organised sector. They had come to respect him as a consequence of which he was able to steer a couple of labour reforms proposal through the cabinet and the Parliament. He was sure that he could carry on from that innings to make the unions accept his logic.

Rao’s acumen told him that there was no hope this could sail through. He was proved right. A similar amendment moved by the NDA government eight years later, in 2000, is still pending in the Parliament thirteen years later.

It was mothballed for the future. It was at this juncture that a curious proposal arrived from veteran industry leader Ramaprasad Goenka and countersigned by Basu. Goenka had just taken over CESC which had the monopoly rights to supply electricity to Calcutta and was investing in a power plant in the outskirts of the city. He wanted to own a coal mine for assured supply of coal for the plant. Jyoti Basu wrote a letter supporting the proposal. The union cabinet was now galvanised. There was another curious appendix to the proposal. Bihar Chief Minister Lalu Prasad Yadav had also sent a letter of support with the proposal, even though the state had no economic interests in the investment. As a faithful idealogical follower of Basu, there was no surprise that the Bihar chief minister would support the former. What was surprising was the obvious need Basu had felt to buttress his position with that of Yadav.

No one has ever made the connection why the communist patriarch made the inconceivable pitch. Coal nationalisation was carried through by Indira Gandhi but the communists became the flag bearer of the decision in later years. It is, therefore, stunning how Basu supported the unprecedented proposal.

…Recommending coal mines for allotment to private parties had not become a dangerous pastime for chief ministers at that point unlike in 2015. Odisha Chief Minister Naveen Patnaik is now perilously close to finding a CBI summons at his door for making the case for Talabira II for Hindalco.

…The union cabinet was now willing to move fast. Captive mining by power-generating companies, cement and sponge iron plants was going to be allowed just as iron and steel companies were allowed this leeway from 1976 onwards.

But despite the lifeline, it took Sangma one whole year to steer those amendments through the Parliament. At one stage, Sangma even considered an ordinance to make the bill sail through. But the law ministry nixed it. Finally, in June 1993, the president put his signature on the bill to make it an act.

The opening up of the sector was finally a recognition that twenty years after coal mining was nationalised and a state-owned company CIL was set up, conditions in the sector were more or less back to the same position again.

Excerpted from India’s Coal Story: From Damodar to Zambezi by Subhomoy Bhattacharjee, Sage Publications India Private Limited, 2017, with the permission of the publisher.