‘Where Do Leaked WhatsApp Chats Suggest That My Husband Took Bribe?’ Asks Wife Of BARC Ex-CEO Amid Concerns About His Health And Life 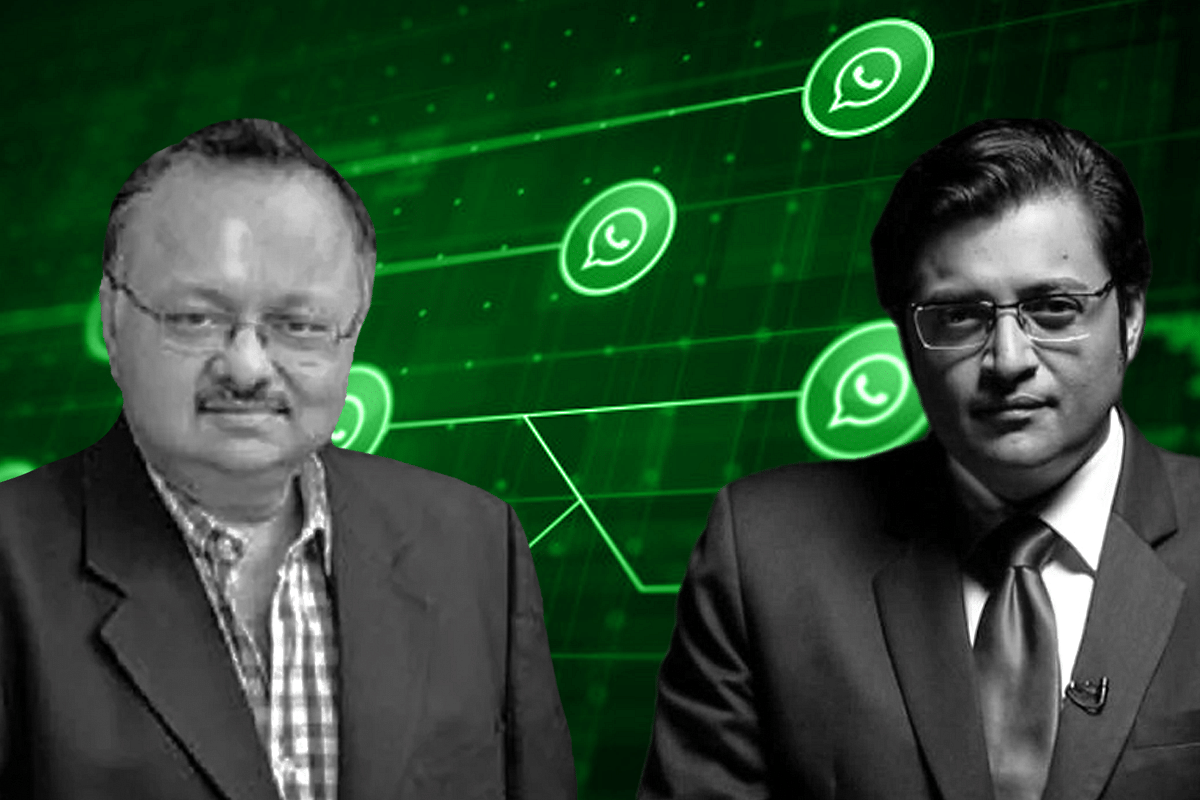 Dasgupta’s daughter broke down several times when sharing the information with this correspondent. “What if something happens to him? He is severely ill,” Pratyusha said amid sobs.

Dasgupta was arrested on 24 December by Mumbai Police in connection with an alleged TRP scam involving Republic TV and its editor-in-chief Arnab Goswami.

He was kept in judicial custody in Mumbai’s Taloja Jail. On 15 January, he was admitted to the ICU of JJ Hospital after a bout of breathlessness.

His family made several accusations against the Mumbai Police after this episode, saying they kept the family in the dark about Dasgupta’s health emergency and that in the preceding weeks, the police had denied Dasgupta crucial medication for his various illnesses.

“It was only after his hospitalisation, did I learn that all the medicines we had been handing to the jail authorities to give him, were not reaching him,” Dasgupta’s wife Samrajni told this correspondent.

She says that Dasgupta, 55, takes regular medicines for ‘Bamboo spine’ (Askylosing Spondylitis), diabetes and high blood pressure. While Dasgupta was in the ICU from the afternoon of 15 December, Samrajni learnt of the emergency only in the wee hours of 16 January.

Dasgupta’s lawyers will now move the Bombay High Court for his bail. In yesterday’s hearing, the lawyers had cited his deteriorating health condition for pleading bail.

“JJ Hospital does not have treatment for spondylitis. And what if the police now takes him to Taloja Jail hospital? I really really fear for his life,” Samrajni told this correspondent.

The family has accused the Mumbai Police of a witch-hunt against Dasgupta. They say the police beat him up in jail, tried to make him sign on false statements, and are now trying to break him “in order to establish a pre-planned narrative”.

Samrajni says the Mumbai Police’s move to leak WhatsApp chats between Partho and several influential people is in that direction. Of the chat data, which is annexed in a supplementary chargesheet, the ones between Partho and Goswami have attracted attention in particular.

In one of the chats from February 2019, Goswami is telling Partho that “something big will happen”. A section of the media has sensationally interpreted it that Goswami had “prior knowledge” of the Balakot strike and that Dasgupta was also in the know.

In yesterday’s court hearing, the prosecution cited these chats to oppose Dasgupta’s bail plea saying Goswami assured Dasgupta of “influence” from sources as high profile as the PMO, and Dasgupta could misuse his “influence” if given bail.

An exasperated Samrajni asks, “Where in these chats is any evidence of my husband taking money to rig TRPs? Where in the chat does Rs 30 lakh appear, which my husband is supposed to have taken as bribe [to rig TRP ratings in favour of Republic TV]?”

“The police leaked the chats to make a public opinion against my husband as the case against him is weak. Most of the public does not know what TRP is or what the alleged scam is,” she says.

It’s pertinent to mention here that the Mumbai Police’s investigation into the alleged TRP scam has been largely seen as an attempt to silence one of the most vociferous critics of the Maharashtra coalition headed by the Shiv Sena: Arnab Goswami.

The investigation started at a time when Goswami, through his news channel, was aggressively targetting the Maharashtra Vikas Aghadi, Sonia Gandhi and the Congress party for alleged police lapses in the lynching of two sadhus near the Gujarat-Maharashtra border and the Sushant Singh Rajput suicide case.

Samrajni says her husband has been made a pawn in this game. She says the police’s story defies logic as her husband’s annual salary is Rs 4 crore and it does not make sense that he would tamper TRPs for Rs 30 lakh.

“We have been cheated by the Mumbai police at every step,” she says.

Pratyusha narrates the events of 24 December, the day of Dasgupta’s arrest: “We were returning from Goa after a short family vacation when the police stopped our car at a toll naka in Pune. They said our car has been found to be involved in an accident in Mahabaleshwar. We told them we did not even go towards that area, but they insisted we needed to come to the police station. Once we reached there, the policemen told us that my father has been found to be involved in a scam. They made him sit in a police vehicle. My mother and me followed them in our car till we reached Mumbai Police’s crime branch office.”

Samrajni says she was allowed to meet her husband only for two-three minutes that day. Dasgupta told her that the police had given him two options – he could choose to be a witness or an accused. The police would allow him to leave if he chose to be a witness but arrest him if he chose to be an accused. The next day, my husband told me that he was beaten up in custody and told to sign on a false statement that he had taken Rs 30 lakh from Arnab Goswami to rig TRPs in his favour.

Samrajni says the police visited her flat the next day. “They said it was the scene of the crime so they needed to investigate. They took all sorts of measurements, and confiscated my husband’s laptops and other gadgets.”

Samrajni says the police, since then, have made several rounds of her house asking her to give them proof of the cash taken. “I have told them repeatedly that all our transactions are in white. They insisted that my husband’s TAG Heuer watch must have been bought from that cash. I showed them the online receipt. When they got nothing, they took away my silver and gold jewellery,” she says.

“All my jewellery that I got from my mother at my wedding to anything bought after that has been taken away by Mumbai Police,” says Samrajni, who works as a school teacher.

Pratuysha is the couple’s only child. She is pursuing law.

Samrajni says the police have frozen all their bank accounts, including her salary account which has Rs 9 lakh. She says that the BARC recently sent them a bill of Rs 54 lakh.

“My husband had taken a loan from them to buy a Mercedes car. The company has asked us to pay the amount in a week. Why this suddenly? Do they not know that my husband is in jail?”