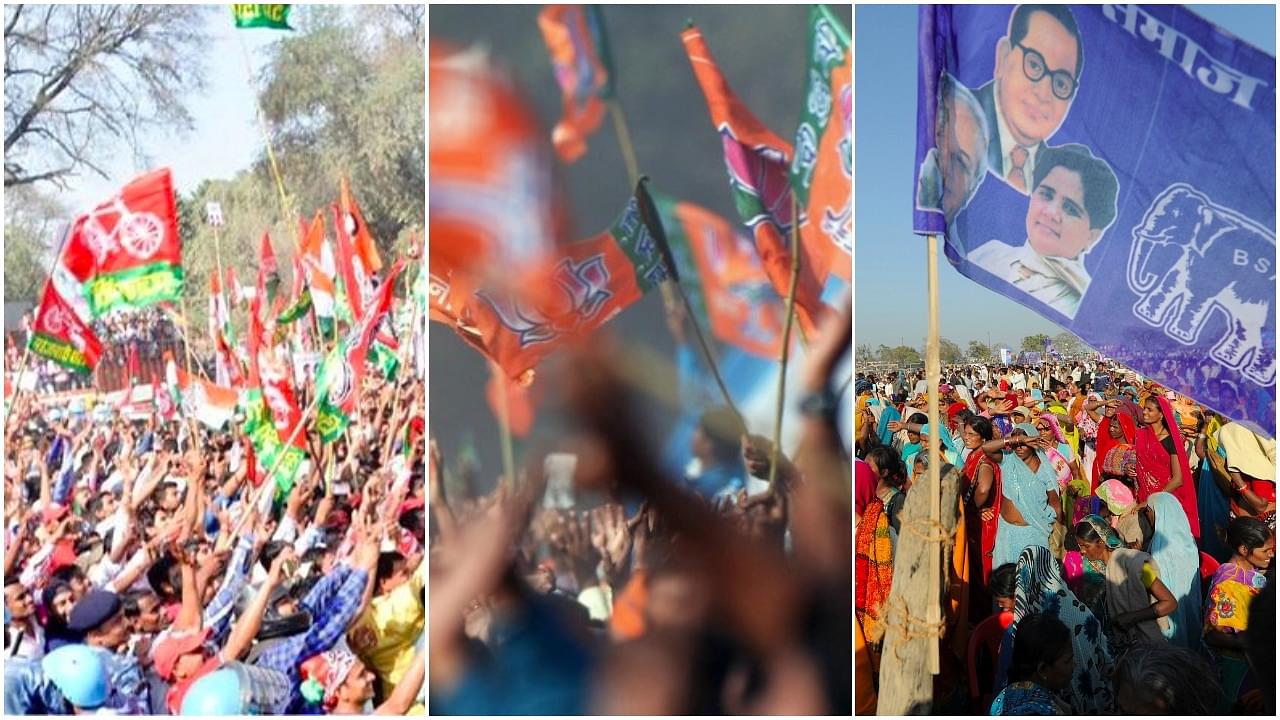 The Uttar Pradesh election is poised delicately at the proverbial edge of the knife. While it is clear that a largish section of the Yadavs and Jatavs who had voted Modi in 2014 are going back to the SP and BSP respectively, three additional themes are also discernible.

The first is that the SP-Congress alliance does not seem to have transferred marginal votes to the SP that would make the difference between victory and defeat.

Furthermore, there is hardly is campaigning on the hundred odd seats that have been so generously left for the Congress party.

Lastly, the BSP is not even close to the kind of form it exhibited when it won a simple majority in 2007. The Muslim outreach does not seem to be working at all and it looks like its final seat tally would be somewhere in the region of 50 to 100 and that its vote share would be somewhere around 25 percent. Give or take a couple of percentage points. (Dear election commission, this is not an exit poll)

After a slightly underwhelming performance in the first two phases, the BJP seems to be surging ahead. On the other hand, the Samajwadi Party’s relative underperformance in its bastions in Kannauj, Farrukhabad and Etawah primarily due to rampant factionalism and infighting seems to have handed the phase over to the BJP on a platter. Phase five looks like it was relatively tough for the BJP although it can expect smoother sailing in phases six and seven when elections are held in and around the Gorakhpur and Varanasi regions.

Needless to say, the public in Purvanchal seems to be quite enthused at the prospect of a BJP government in Lucknow as well apart from Delhi. What is more despite, the best efforts of the opposition it looks unlikely that demonetisation shall hurt the BJP at all. On a recent visit to Varanasi, the only segment of the population this author still found speaking of the demerits of demonetisation were members of the Muslim community. The bigger advantage for the BJP is that it is a major contender for almost all of the seats over the next three phases while the SP and BSP are strong in certain pockets and not so strong in others.

However, although certain journalists have stated that the election seems to be done and dusted and that the BJP seems to be surging ahead, the fact of the matter is that it is far from a done deal. The Muslim phalanx that has stood solidly behind Akhilesh Yadav till now is unlikely to desert him for the remaining phases. It is also important to note that the region around Azamgarh, Gonda and Bahraich has a large Muslim population in rural areas, perhaps not comparable to Rohilkhand or western Uttar Pradesh but fairly significant nonetheless.

This region has also been something of a pocketborough for the Samajwadi Party. Even during its annus horibilis in 2007, it did significantly well in this region which also has a large Muslim population. Furthermore, even as the media- vernacular as well as English- continues to carry news of a surge for the BJP, the prospect of a split in the Muslim vote at the level of a single constituency seems to have been nullified. The bigger confusion for the Muslim community is whether they should vote strategically for the SP or the BSP based on a subjective assessment of who has a better chance of stopping the BJP in a particular constituency or whether they should rally behind one particular party-SP or BSP-across constituencies. Whether or not the BJP is able to take advantage of this confusion is something that remains to be seen.

The biggest albatross around the Samajwadi Party’s neck at the moment is the Congress party. Although I am not a trained journalist, I spoke to more than 200-odd people in and around Varanasi and my sense was that India’s Grand Old Party that turned the national movement into a mass movement by mobilizing the impoverished peasantry of the Gangetic plains seems to have disappeared almost completely from the public imagination. Irrespective of whether it is the BJP or the SP that wins this election, it is amply clear that the Congress shall be relegated to the margins of Uttar Pradesh politics. If ‘Rahul baba’ wishes to stop this, he needs to camp in Uttar Pradesh for the next five years till the next election and build the party’s strength from ground up.