Whose Agenda Is It Anyway? 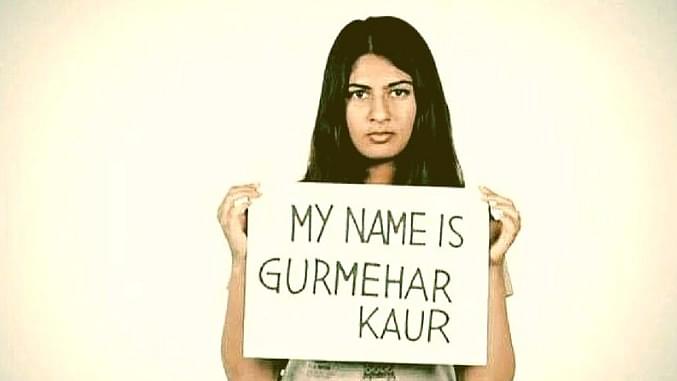 One year after the controversy at Jawaharlal Nehru University (JNU), which also broke out over freedom of expression, there are intolerance cries being heard everywhere now. When I say 'everywhere' it means the limited world of media channels, newspaper headlines and the social media. People in the rest of the country are by and large busy with their day to day struggles of life. Nobody hears these intolerance cries on any channels when political activists are murdered with chilling regularity in Kerala or when incidents of gross violation of rights are reported from West Bengal (which tops the chart for highest political murders). As for rights of women in Bihar and Uttar Pradesh, they do not count anyway because those are the badlands of the cow belt and supposed to be 'like that only'.

So exactly on the first anniversary of the JNU controversy, a Delhi University college decides to have a seminar where a person on bail under strict conditions is invited to share his thoughts. Since I was educated in a small town degree college of the 'cow' belt, I am perhaps ill-equipped to understand what message teachers of a reputed university want to convey by inviting such speakers? And what kind of pride these teachers feel in supporting students crying slogans against the Motherland?

Going by news reports, it appears that the invite to Umar Khalid was withdrawn, there was much anti-India sloganeering, and protests, counter protests and clashes ensued. If the police did not do enough to control the situation, or worse, mishandled it, they must take responsibility for it. In fact, Delhi Police has acted against the erring policeman. But the issue that has taken centre-stage now is the video of a young college student Gurmehar Kaur who was not even part of the protests for expressing her views against war and holding placards against the Akhil Bharatiya Vidyarthi Parishad (ABVP). As a matter of fact, I disagree with her views entirely, but this blog is not about my views on war and peace. Her tweets, placards, videos were shared widely, and while thousands disagreed with her, there were some who resorted to shameful threats. With new laws on social media behaviour, Kaur could have easily approached the law against such shameful threats. She did not. Instead, the Delhi Commission for Women 'invited' her and forwarded her complaint to Delhi Police. Even though Kaur never went to the police, an FIR has now been lodged. We expect the team to identify the people behind those threats very soon so that the law can take its course without delay. It will bring much-needed closure when the culprits behind those threats are identified and held responsible for their stupidity.

Meanwhile, the nationalist and liberal brigades are holding their demonstrations on the campus. It is for the university to engage with the students and find a resolution. So why is the leftist brigade, incorrectly termed 'liberal', shouting over freedom of expression when they are known to shut out all contrary views in campuses where they are active?

The reason is simple. They are confronting for the first time a student force which is not only opposed to them in viewpoint but ready to fight it out to the end. That this force is politically aligned with Prime Minister Narendra Modi makes the fight even more attractive. This is where the fun starts. While it is expected for leftist leaders to stand with their student organisations in solidarity, it is anti-Modiism and not protection of fundamental rights which is the real glue binding leaders of all other political leaders together. That is precisely why K C Tyagi, Lalu Prasad and Manish Tiwary turn their eyes away from political violence in Kerala and riots in West Bengal but jump into the debate in Delhi University. None of these leaders cares when Tarek Fatah or Taslima Nasreen are attacked. They do not even know that Shazia Ilmi's name is dropped from a Jamia Millia seminar because her stance does not suit a section of the organisers. Have no doubts that it is anti-Modiism and not freedom of expression which is the unifying force here. That is why Javed Akhtar, the man who allegedly coined the despicable maut ka saudagar phrase for a party president's speech, loses his cool so much as to question the academic excellence of sports icons who have brought the highest laurels for the country.

I hate to say it, but I know that this will not end anytime soon. If anything, I expect this frustration to go up a few notches in 2017. For the simple reason that the more the left citadels crack, the more vicious their campaign will be. The more the 'secular' parties lose their vote base, the more they will align and stick to such issues to malign the centre. It’s not about the ABVP. It won't be. Kaur may or may not withdraw her campaign, but there will someone else soon. Perhaps sooner than we think. It’s time to clutch at the straws and the likes of John Dayal, Kavita Krishnan, Shabnam Hashmi, Rana Ayyub and others. This will not stop with Kaur. She may not be a pawn for the frustrated left-liberal gang, but she is the much-needed straw.

The author is a journalist and Adviser, Prasar Bharati.