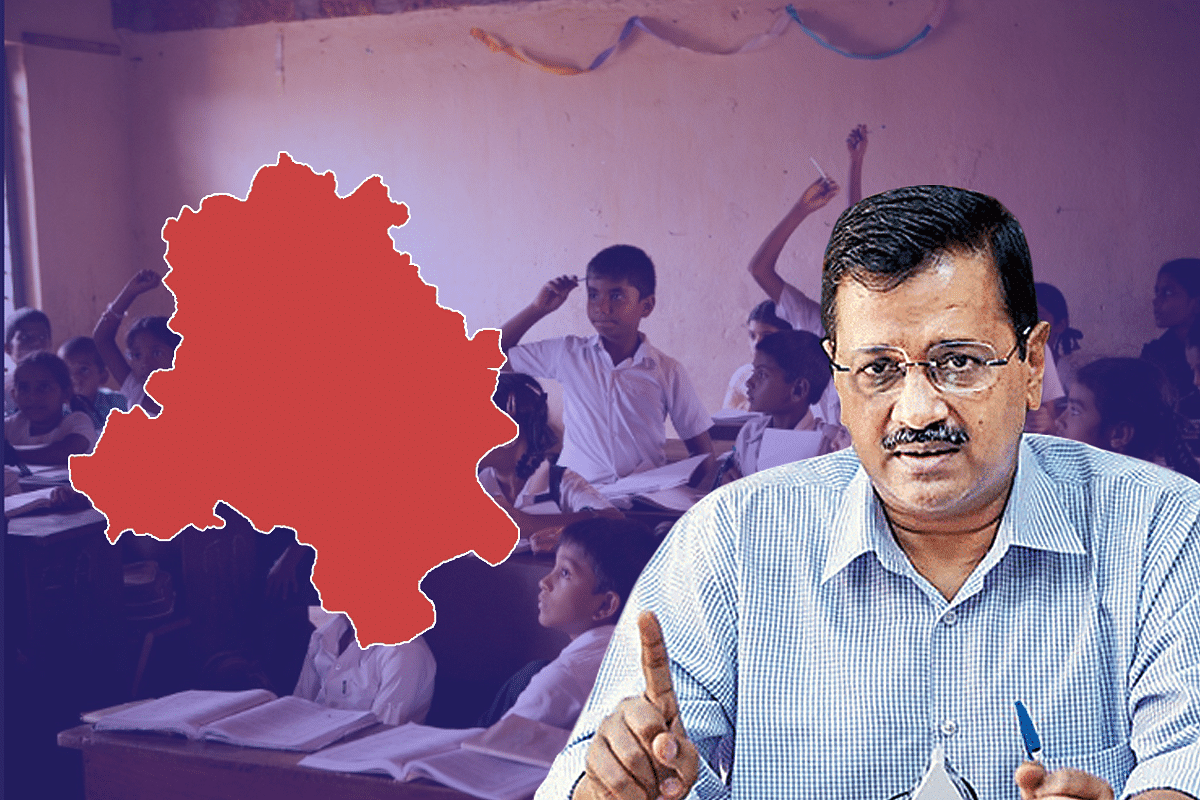 The 'Education World' has placed Delhi’s Rajkiya Pratibha Vikas Vidyalaya, Sector 10, Dwarka at the top of its state government schools’ rankings for the year 2022-23.

In the list of top 10, five of the schools belong to Delhi’s Rajkiya Pratibha Vikas Vidyalaya (RPVV) project, started in 1997 by the then Bharatiya Janata Party (BJP) government in the state.

However, the five schools featured on the list have little to do with Kejriwal’s “Team Education”.

The project was commissioned in 1997 under the BJP government led by the late CM Sahib Singh Verma. It aimed at providing additional training, rigorous study modules, and counselling to the brightest students from the poor sections of society.

Till 2017, the number of Pratibha schools was 17. In 2012, the then Congress government had planned to add five more such schools to the list.

As per reports, these were expected to come up in Mahipalpur, Khichripur, Rohini, Lal Kuan, Harkesh Nagar, Tehkhand Village, Mandawli Fazilpur, IP Extension.

Pratibha schools boast of a highly competent faculty handpicked among the best in government schools. Similarly, an entrance test is conducted to select the brightest students in the state government, government aided, MCD schools.

Only a limited number of students are inducted in Class VI, IX and XI based on the number of vacancies available. Every classroom is mandated to have a strength of not more than 35 students.

For years, these schools have been recognized for their excellent results. Many times, they have outperformed some of the sought-after private schools as well.

RPVV at Sector-10, Dwarka, founded in 2003, has been awarded the best school in the government school category. It has regularly been producing toppers.

As per an Indian Express report published on 5 June 2013, the RPVV, Dwarka had more than 100 of its students placed in CBSE’s top 0.1 per cent, a feat they maintained for seven years continuously.

Another news report published on 28 May 2013 highlighted how RPVVs, with 99.05 per cent of students clearing the 12 CBSE board exams, had outshone the results of Delhi’s Kendriya Vidyalas (97.56 per cent) and public schools (91.83 per cent).

Both the Congress and AAP government in Delhi have launched special scholarship programmes that aim to benefit students studying in RPVV schools even further.

Under the scholarship programme selected candidates were provided funds to take private coaching for engineering and medical entrance tests. It was open to the 54 ‘model’ schools and RPVVs. Of the 353 candidates, 93.2 per cent came from the 17 RPVVs.

In 2015, the AAP government in Delhi launched the ‘Chief Minister's Super Talented Children Scholarship Scheme 2015-16’ on the same lines.

Students studying in Rajkiya Pratibha Vikas Vidyalaya and 54 Model Delhi Government Schools were the only ones to be eligible for the scheme.

There are also apprehensions that the burden of producing results has been completely shifted to the tiny shoulders of students studying in RPVVs.

In 2020, the Delhi government’s academic council decided to scrap vocational and ‘non-academic’ subjects in RPVVs, offered by CBSE in all schools, in order to maintain their “exclusivity”.

This included subjects such as Artificial Intelligence (AI), Media, and Introduction to Financial Markets. It disallowed Music, Fine Arts, Home Science and Physical Education to be treated as main subjects at the senior secondary level, as is the norm.

In other Delhi government schools, while the students are encouraged to take up vocational subjects to increase their pass percentage, in RPVVs, the same has been completely denied.

That begs to question, whether the Delhi government’s “Happy Curriculum” is only a gimmick to provide an easy pass for students to pass exams and show increased pass percentages.

In the end, there are some undeniable facts related to RPVVs and the politics around them: