Why Bindi Cannot Be Compared To Hijab 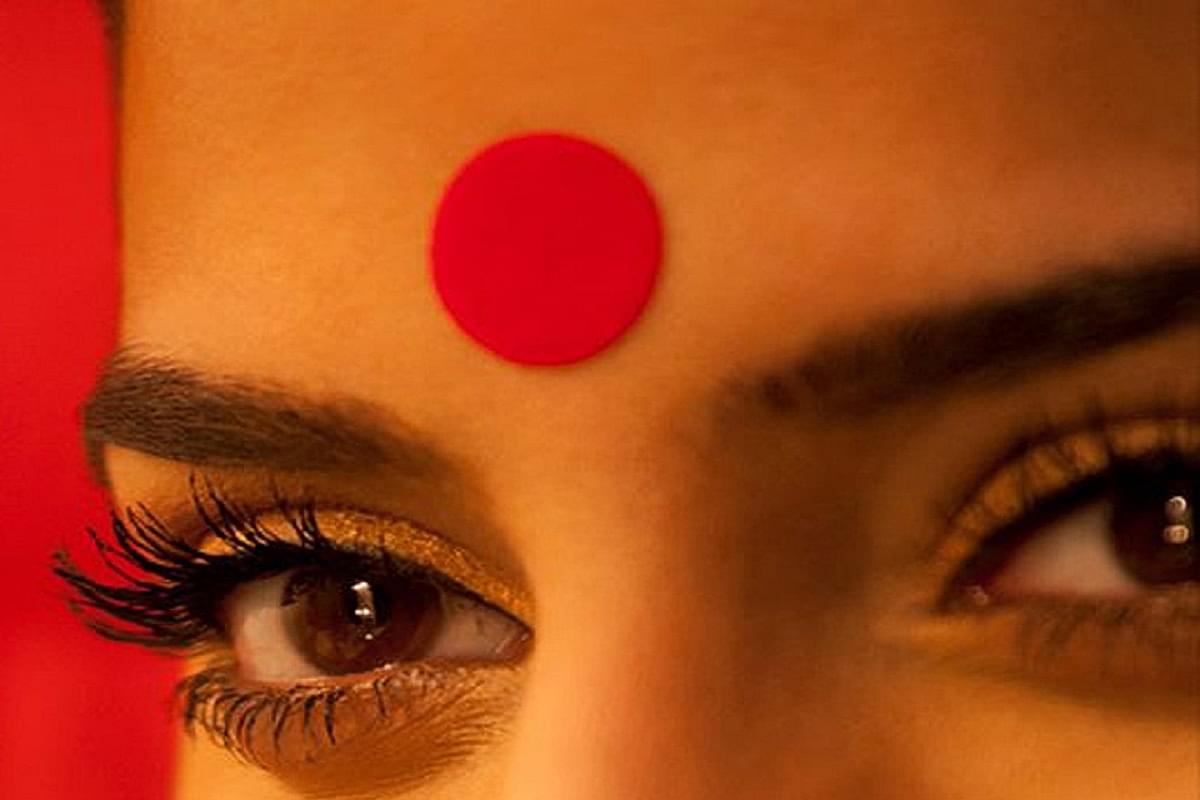 Bindi is not an outfit.

As hearings continue over demands by Muslim women for wearing Islamic veil inside classrooms in Karnataka government educational institutions, a lawyer representing them told the court on Wednesday that bindi, like hijab, is a religious symbol.

If bindi is allowed, why not hijab, the lawyer asked.

Senior advocate Prof Ravivarma Kumar, appearing for students before a full bench headed by Chief Justice Ritu Raj Awasthi, argued that the hijab ban is hostile discrimination against Muslim girls purely based on their religion.

The lawyer argued that while wearing of other religious symbols like bindi, bangles and crucifix pendants are allowed, only hijab is being disallowed.

After the lawyer’s arguments, the court asked the state government to file objections and adjourned the hearing.

While the response of the statement government is awaited, here’s a response by these correspondents to the lawyer’s argument drawing a parallel between bindi and the Islamic veil.

Bindi Is Not A Dress

Bindi is not a piece of clothing that alters the school uniform, unlike hijab and burqa. If at all, bindi or bangles can be compared with a tabiz, surma, Allah locket or ittar which, though not limited to Muslims, are considered part of Muslim traditions.

Is it pertinent to mention here that in at least one of the several schools where pro-hijab protests are going on, the principal has told the students that the prohibition on hijab is only inside classrooms. Hijab is allowed in corridors and canteens, the principal has announced in the media. However, the protesting students are insisting on wearing the long head scarf inside classrooms.

Bindi Is Not Necessarily A Religious Symbol

If bindi were necessarily a religious symbol, the phrase ‘big bindi brigade’ would refer to a deeply religious group. In sharp contrast, the phrase is used for women affiliated to communist groups. By this association, such women are self-declared atheists.

Bindi is a tradition among women in the Indian sub continent. In Bangladesh, the number of Muslim women sporting a thick red dot on their foreheads surpass the number of Hindu women doing the same during celebrations on the annual Bengali New Year, also called Pohela Boishak. As a fashion accessory, it has been sported by several American pop singers such as Selena Gomez, Miley Cyrus and Katy Perry.

This is not to say that the concept of bindi didn’t originate from Hindu religious texts. However, not everyone sporting bindi is necessarily doing so for religious purposes.

Naik, who is currently a most wanted criminal in India due to his alleged links with terrorism, preached that bindi is a sign of Hindu women and Muslim women must abstain from wearing emblems of other faiths.

Naik enjoys wild popularity among Indian Muslims and has given rise to a large brigade of preachers who emulate him. They all insist on an ‘Islamic dress code’ for men and women.

Then, what is the guarantee that tomorrow, the ‘believers’ would not cite these markings to enforce hijab in every institute, every office?

Bindi Is Not Linked To Malpractice

Before we elaborate on this counter-argument, let it be made clear that the ongoing protests for allowing hijab (long scarf covering head and neck) inside classrooms have all the signs that the goal is to enforce burqa inside government institutes (full-body veil barring eyes and, sometimes, covering eyes with holes to peek through).

In most street agitations, women are seen wearing full-body veils or burqas even when their placards brandished the demand of ‘hijab’.

Photographs of these protests published in national dailies have shown women in burqas even when the captions misleadingly said hijab.

A street banner put up by a member of All India Majlis-e-Ittehadul Muslimeen in Maharashtra that controversially said "pehle hijab, fir kitab" (first hijab, then book) showed women clad in burqas.

Normalising burqa at par with bindi or bangles would have consequences.

Unlike bindi and bangles, burqa has been routinely used in malpractices. Muslim women, taking advantage of the full-body veil worn in the name of religion, have been often found involved in stealing from shops, emboldened by the assumption that the CCTV cameras won’t identify them. Men have been found in burqas standing in queues for women to molest them. Students in burqa have been found cheating in exams.

Long before the current controversy erupted, burqa was barred from examination halls by organisers of several competitions.

Such prohibitions have not been limited to burqa. During a NEET entrance test in 2017, a woman clad in jeans and top was asked to change her innerwear as it had metal hooks. Kurta pajama was barred by the same organisers.

Bindi Has Never Been Enforced By Fanatics

The ongoing protests for hijab inside classrooms by burqa-clad women received a big thumbs up from the militant Islamist group Taliban in the initial days itself.

Inamullah Samangani, spokesperson for Taliban, in a tweet on 9 February, hailed a burqa-clad woman from Karnataka who chanted Allahu Akbar in the street. Samangani said that hijab is not Arab culture but has an “Islamic value”.

In January, soon after coming to power again, Taliban put up posters on walls in Afghanistan that read, “According to Sharia law, Muslim women must wear the hijab”. The posters showed women in full-body veils, with even the eyes not visible.

The humble bindi, on the other hand, has had no militant group ever forcing it on women.

Bindi Was Never Called Hideous’ By Ambedkar, Unlike Burqa

B R Ambedkar, hailed as the chief architect of the Indian Constitution and the most popular icon for social justice in India, minced no words when he called the burqa-clad women “one of the most hideous sights one can witness in India”.

In his seminal work ‘Pakistan or the Partition of India’, where he advocated the creation of Pakistan and a total transfer of Muslim population to Pakistan in 1945, Ambedkar wrote,

“As a consequence of the purdah system a segregation of the Muslim women is brought about...These burka women walking in the streets is one of the most hideous sights one can witness in India.

“Such seclusion cannot but have its deteriorating effects upon the physical constitution of Muslim women. They are usually victims to anaemia, tuberculosis and pyorrhoea. Their bodies are deformed, with their backs bent, bones protruded, hands and feet crooked. Ribs, joints and nearly all their bones ache. Heart palpitation is very often present in them. The result of this pelvic deformity is untimely death at the time of delivery. Purdah deprives Muslim women of mental and moral nourishment. Being deprived of healthy social life, the process of moral degeneration must and does set in. Being completely secluded from the outer world, they engage their minds in petty family quarrels with the result that they become narrow and restricted in their outlook.

“They lag behind their sisters from other communities, cannot take part in any outdoor activity and are weighed down by a slavish mentality and an inferiority complex. They have no desire for knowledge, because they are taught not to be interested in anything outside the four walls of the house. Purdah women in particular become helpless, timid, and unfit for any fight in life. Considering the large number of purdah women among Muslims in India, one can easily understand the vastness and seriousness of the problem of purdah.”

Ambedkar, a staunch critic of social ills in the Hindu society, never wrote anything similar for bindi.

These counter-arguments to the lawyer’s comparison of bindi with hijab aside, there is no clarity whether the ongoing protests would stop at hijab (head-covering) inside classrooms.

Given the visuals and intentions displayed by the protesters, one cannot be sure if they really mean headscarf when they say ‘hijab’.

More importantly, can the lawyer, who has argued in the same court that hijab is an essential religious practice as per Quran, get a declaration from esteemed clerics of various sects of Islam that while hijab is mandatory, burqa is not?

Can the lawyer get an undertaking by them to submit to the court that those protesting in streets wearing burqa are doing something not prescribed by Islam?

If yes, this should be done. If not, it means that while lawyers would use the same arguments as in the ongoing hijab court hearings to get burqa declared as essential religious practice, not only for government institutes but for private ones as well.

At the same time, it is for the society to contemplate on whether the current controversy is not heading India towards a Talibanised country where medieval barbarism is being pushed only because some believe that Islamic veil is an essential religious practice. It must not be ignored that the conquest of Taliban in Afghanistan saw celebrations in India.

Those who have chosen to go to court with this belief have opened a Pandora’s box.

A rational approach to solve the issue would have been to allow institutes to use their discretion in choosing the dress code. Those who differ, and openly say that religion is more important to them than secular education, can study in institutes that cater to students like them.