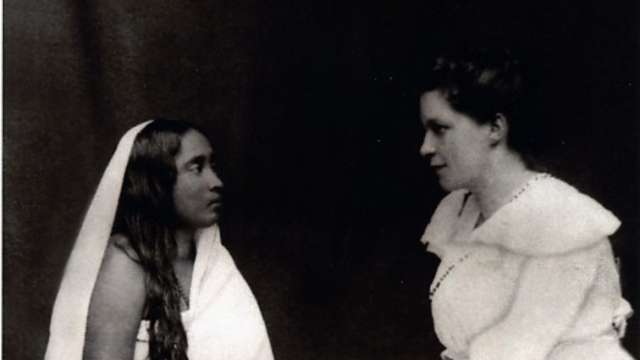 Prime Minister Narendra Modi has come in for severe criticism from his home constituency, the Hindu nationalists. For them, he has committed the unimaginable sin of going out of the way to praise Mother Teresa. In his recent ‘Mann Ki Baat’, he said that she had “dedicated her life for the upliftment of the poor” and, as an Indian, he felt proud and exhorted his countrymen to feel proud of her canonisation.

Narendra Modi is the Prime Minister of this country. He cannot be rude and uncivilised like Dravidian racists such as Karunanidhi who, even when occupying the Chief Ministerial chair, refuses to wish Hindus during their festivals. In praising Teresa, the Prime Minister was only following his political mentors. Vajpayee had praised her for giving “selflessly to those whom society had forsaken.” To him “she was a symbol of understanding faith.” To LK Advani, she would continue to inspire millions of people both in her life and death and would “bring joy in the lives of the less fortunate.”

Modi is even more vulnerable, what with old media and New York Times op-eds trying to make India look like it is blatantly discriminating against its Christian and Islamic minorities. Modi’s utterances on the subject are being closely watched in the run up to the canonisation of the Catholic missionary. The same liberal West which would ruthlessly attack and denounce most of Teresa’s stands and actions on issues like birth control etc., would take Hindus to task if their leaders spoke against Teresa. Because then it becomes civilisational.

Nevertheless, one thing is certain.

By praising Teresa, Modi has escaped one trap, but that will not make him dearer to the Church. The empire of evangelical business in the third world knows its enemies. Irrespective of what words of praise Modi utters, they know where he stands when it comes to evangelism. In this, they are far more intelligent than the Internet Hindutva-ites who start attacking Modi for his “praise” of Teresa.

Empirically speaking, one can say that Modi is wrong in his statement about the nun. Teresa was dedicated, all right. But she was dedicated to the Church. She worked not for the upliftment of the poor but for her charities. She wanted the poor in her clinics to suffer physical pain from their illnesses, sometimes depriving them of even basic pain-killers. As a Western textbook ( ‘Max scholar’ book for Level Five on the recipients of the US Presidential Medal) succinctly puts it, that would bring her patients “closer to Christ.”

So with the enormous financial support she received, she “allowed” thousands of terminally ill Indian patients to partake the physical pain because her belief demanded that. Both Dr Aroup Chatterjee and Christopher Hitchens have exhaustively documented how the image of Teresa was more manufactured than real. So let us not rediscover the fire.

The question then is, how to combat such a manufactured yet well-marketed false image?

The answer is in understanding and creating a narrative that is rooted in our own history and truth. India did know a Western woman who served India at a time when it was in acute distress. Cholera was raging in the slums of Calcutta (Kolkata now) and she bravely went and served there. In opposition to local orthodoxy and without much funds from anywhere, she strove to bring education to girl children and ran a school. She worked tirelessly in the face of opposition from the then colonial government to establish a premier science institute in Calcutta - the Bose Institute. She collaborated with Tagore in his educational endeavours. Her mentor called her “Dedicated”— dedicated not to any sectarian theology or ideology but “Dedicated” to India. And she did live a dedicated life, dissolving herself for the welfare of India.

And we forgot Sister Nivedita promptly. It is quite understandable that, for the West, a Teresa carrying an emaciated dark skinned child fits their own civilisational discourse better than an Irish Margaret Noble awakening India to Indians.

But for us? Sister Nivedita was an educationist far ahead of her times while Teresa contributed nothing to education. Yet when our government named its university after Teresa and not Nivedita, we hardly protested. In 2011, when Nivedita’s death centenary came, it was a very muted moderate event even when celebrated by Hindutva organisations. Given our own omission of such indigenous nation-builders rooted in our culture and spirituality, what right do we have to criticise Modi?

See also: Falsehoods and fairy tales: Whatever it takes to make a saint of out of Mother Teresa