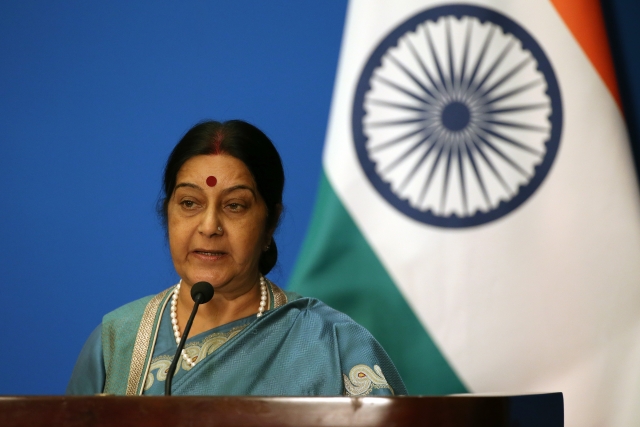 A couple of months ago, most people, including me, had only perfunctory idea of Kartarpur Sahib and its significance in the Sikh faith. Thanks to a high decibel announcement by Navjot Sidhu during the swearing-in of Imran Khan as Pakistan’s Prime Minister in Islamabad about 100 days ago, one became aware of its significance and the mooted idea of establishing the 4-kilometre long corridor. This corridor is proposed to link Dera Baba Nanak Sahib Gurdwara in India’s state of Punjab to the Gurdwara Darbar Sahib Kartarpur in Pakistan's Punjab province, across the international border with a 2-km long route on either side.

The entire origin of the proposal is hazy and somewhat muddled. Descriptions of that will only help in claims and counter claims on who initiated the idea. It’s been reported that Pakistan Army Chief General Qamar Bajwa informed Sidhu, the Punjab Congress party minister and well-known cricketer, about the Pakistan intent of establishing such a corridor on its side of the border and thereby push India into constructing a similar link on its side to facilitate the movement of Indian pilgrims to the holy site presumably without any visas or elaborate documentation.

However, this remains at best hearsay. So even as the Indian ceremony for launching the initiative concluded on 26 November 2018, the Pakistan ceremony got under way today (28 November). The choice of date for the Indian ceremony coinciding with the tenth anniversary of the Mumbai terror attack (165 innocent lives perished at the hands of the a 10-man Lashkar-e-Taiba or LeT terror squad) did take many by surprise. Was it a conscious decision or simply an error of judgement with wrong optics? Either way, the issue managed to remain away from the headlines and even social media comments.

It is important to analyse the proposed corridor from the angle of India-Pakistan relations; whether it is anything which will make these better. What hopes does Pakistan have from it even as it refuses to budge on the numerous Indian demands to desist from pursuing proxy war against India? ‘Talks and terror’ is the term now repeatedly synonymous with India’s stance towards any engagement with Pakistan. So can the current Indian government budge from that after steadfastly following it since the Pathankot attack in January 2016?

It appears that Pakistan does not wish to go overboard in its overtures to India but rather adopt an incremental approach. The proxy war is hurting it as much as it has hurt India, spawning terrorists within Pakistan, especially the so called friendly variety who may at some juncture turn unfriendly. Pakistan’s international reputation is in tatters and so is its economy. The latter is being somehow managed through a patchwork of Saudi and Chinese support. US President Donald Trump makes no bones about his personal revulsion for Pakistan, although he still goes along with his advisors who probably tell him that without Pakistan pursuing an active policy in Afghanistan, it is just not possible. The IMF bailout package of $9 billion that Imran Khan seeks is contingent upon US certification as much as FATF which has not been impressed by Pakistan’s efforts at dismantling the financial and other networks which aid trans-national terror.

Thus without giving up its basic stance on proxy war and while continuing its policy of keeping the pot boiling in J&K, Pakistan’s deep state the real power behind Imran Khan, has possibly decided on a strategy to recover some lost space through friendly overtures. A proposal quietly mooted and concerning a religious-cultural issue even if refuted would not hurt its ego or its position. It was probably assessed that it would be an issue which India too could find acceptable given the relevance of the Sikh faith and the sentiments involved. That’s probably the background to the Kartarpur Corridor. Although it may have emerged as a talking point many times earlier, the decision to plant the idea for execution was perhaps a smart one. It could however, run into the imponderables which regularly bedevil India Pakistan relations.

The first of the imponderables remains Pakistan’s image in the public eye in India. Jammu and Kashmir (J&K) and the Line of Control (LoC) apart, it is no secret that Pakistan is supporting the external radical Sikh separatists in spreading their campaign. The Sikh jatha which went to Nankana Sahib and Sachha Sahib gurdwaras on Guru Nanak Dev Gurupurab on 22 November was subjected to much propaganda by Sikh radicals, and Indian officials who accompanied the jatha were not permitted entry. These are not positive signals which point to successful pursuance of this dream Sikh pilgrimage on a near year round basis. Punjab Chief Minister Captain Amrinder Singh is extremely apprehensive of a Pakistan hand in India’s state of Punjab.

The Khalistan separatist movement was quelled with much heartburn and loss of lives after over 10 years of turbulence. That success came for no other reason but the refusal of the people of Punjab to support such mischief in their territory. With the proxy campaign in J&K forcibly restricted to the Valley alone, Pakistan’s deep state has been pursuing the option of expanding the scope of proxy war in Indian territory by rekindling separatism in Punjab. It has played a social non-military game of spreading narcotics among the Punjab youth, diluting the high economic status that Punjab once enjoyed in India. These are the reasons why the Punjab CM has not been too forthcoming on any associations with Pakistan, whether they are cultural or political. His refusal to attend the launch ceremony in Lahore is a sign of his caution to play this game very carefully.

It is not as if the Centre has been misled into any decisions. The decisions appear to be well considered and the actions thought through. External Affairs Minister Sushma Swaraj’s decision to decline the invitation to attend the ceremony in Pakistan and instead depute Minister of State for Urban Affairs Hardip Puri is a pragmatic one. It limits the entire issue to the cultural-religious space and gives it no political colour. That allows India to continue following its policy of no engagement without Pakistan taking a call on proxy war.

The corridor itself may not take very long to establish but the procedures to go along with it may not be very easily arrived at. India is mindful of the risk involved in exposing large numbers of its citizens to possible propaganda in Pakistan territory and will necessarily look for assurances of keeping this non-political. An earlier experience with the opening of routes for travel from J&K to Pakistan-occupied Kashmir have seen attempts at smuggling narcotics, sim cards and military wherewithal although those routes have by and large remained open even in the face of heavy exchanges of fire across the LoC and persistent terror activities sponsored by Pakistan. It may be a fallacy on the part of Pakistan if it thinks that it can pursue the same policy in the case of Kartarpur Corridor.

That India is patient and circumspect about converting a cultural-religious initiative into a political engagement is clear in the announcement by Swaraj that India will not participate in the SAARC meeting due in Islamabad, as per the stand held.

It is tempting to add as a tail piece that if Pakistan seriously wishes rapprochement through engagement and looks to taking a cultural-religious initiative to the political domain, then it could also display sensitivity in one other domain. That domain, apart from the winding up of its proxy war infrastructure, could extend to the proposed Sharda Peeth Yatra from India (J&K) to the Nilam Valley where the iconic shrine of Sharda Mata exists close to the LoC. It would be a historic decision which will appeal to the Hindu sentiment in India.

However, it is important to first get the Kartarpur Corridor working to full satisfaction, the actualisation of which could extend to the 550th anniversary of the birth of Guru Nanak Dev in 2019. If the environment remains conducive, who knows the movement of the first pilgrimage through the Kartarpur Corridor could begin even earlier, much earlier.