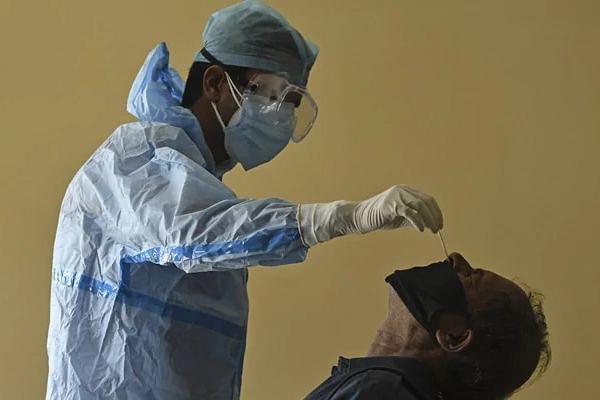 With the second wave of the Wuhan virus finally in decline across India, administrators have started easing restrictions in a staggered manner. Their principal decision-making parameter for lifting lockdowns is the test positivity ratio (TPR) — the ratio of daily cases to daily tests in an area.

However, officials should also incorporate cumulative positivity values (CP; cumulative cases by cumulative tests) of the second wave into their assessments, if they are to ensure that the degree of easing of restrictions, and the timing of re-opening, is rational. This is important, since too much focus on TPR alone, might be misleading and injudicious, and could lead to a resurgence of the contagion.

Specifically, this piece argues that: one, CP is a more representative metric of the extent to which the epidemic has been eradicated from an area than TPR; two, that a CP value above 5 per cent, even when TPR is below 1 per cent, means that cases could start rising swiftly again if monitoring drops; three, that the CP has to enter consistent decline, and drop to below the 4-5 per cent band, before opening up can be ordered in fuller measure; four, that the only way to ensure a dip in CP is to maintain a high level of monitoring, through testing, even after the TPR has fallen below 1 per cent; and five, that this approach will have to be maintained until at least a majority of adults have been fully vaccinated.

This is necessary, if economic activity is to recommence with gusto, while staving off a third wave and its attendant, debilitating lockdowns.

To this end, the cumulative positivity of the worst-affected states has been analysed in detail, in conjunction with other parameters like TPR, case counts and testing levels. A common cutoff date of 9 February 2021 has been used in this workflow, since that is when cases began to rise in many parts of the country.

The first observation is that the data of the second wave has to be analysed separately, as a separate event. If not, then adding the earlier data from 2020 artificially reduces CP values, and generates misleading inferences.

This error is seen across the board without exception: using a common database from the start of the epidemic, one would calculate the CP in Andhra Pradesh this week as 9 per cent. But when the state’s second wave data is analysed separately, we see that the CP is actually at 13 per cent. That is a huge difference in epidemic management terms.

It is the same in other states, with significant underestimations being encountered frequently. The variances of CP this week in badly-affected states, when calculated in aggregate fashion, and for the second wave separately, are given in a table below:

The second point is about the prevailing levels of cumulative positivity in a state, and the rate of its decline: even if the TPR comes down to below one per cent, we cannot infer that an epidemic wave has abated satisfactorily, unless the CP comes down to below the 4-5 per cent band.

This is because the TPR is only an instantaneous value on a given date, and prone to wild fluctuations, whereas, the CP represents the truer, aggregate effects of epidemic management.

This has serious implications, as a chart of second wave CP for selected states shows:

In all these states, except Kerala, the TPR is either down to below 1 per cent, or headed that way with thankful haste. Administrators basing their un-lockdown decisions on TPR alone would, therefore, appear right at first glance in easing restrictions as they have.

However, what the chart above shows is that the epidemic is, in fact, nowhere near over in some states.

In Maharashtra and Kerala, the situation is very much still on the cusp, with CP at very high levels. In Andhra Pradesh and Karnataka, the situation is improving steadily, but they are not out of the woods yet. In Tamil Nadu, the CP is finally declining, but not at the required rate; so too in Delhi, which has managed to bring the CP down, but not to requisite levels, and not at the needed rate.

On the other hand, both TPR and CP in Gujarat and Uttar Pradesh are down to healthy levels. The trick will be to keep things that way, because even in Gujarat, the rate of decline of CP has been slowing of late.

So, how does a government have its cake and eat it too, of keeping TPR and CP down, while opening up shops, offices, and public transport, until vaccination levels reach a tipping point? The answer is, by maintaining high levels of testing even after the wave has passed.

As the data from Uttar Pradesh, in particular, shows, TPR has to be at less than 1 per cent if the CP is to decline consistently, and that can happen only if testing levels are maintained at near-wave levels. In effect, administrators will have to function as if the epidemic is still very much on, and use testing-plus-CP as a key monitoring tool.

This is an expensive, cumbersome solution, but it is the only one available at hand, which would allow the economy to gradually start buzzing again, and for a semblance of normalcy to return to routine. In addition, this would permit those governments, hitherto inclined to using the easier route of lockdowns to contain disease spread, to shift to the preferred approach of micro-containments (employed so successfully by states like Gujarat and Uttar Pradesh).

From an administrative standpoint then, one would have to infer that Maharashtra, Andhra Pradesh, Kerala, Karnataka and Tamil Nadu are still in the troubled zone; these states need to increase their testing levels until, in the first instance, the TPR dips to below 1 per cent; and then, to maintain those testing levels until the CP has declined to under 4-5 per cent.

Delhi can continue easing restrictions and opening up, but only by increasing testing to wave levels, and maintaining that; otherwise, there could be a resurgence, and the efforts of the past two months would be undone.

Testing in Uttar Pradesh has declined in the past fortnight; the state government may be well advised to reconsider this trend, and build levels back up to what it was in May, especially if they wish to reap the full benefits of opening up, while reducing the risk to residents. It is the same in Gujarat, where testing levels have fallen by two thirds.

While the current analysis has only covered large, badly-affected states, this approach is equally applicable to all jurisdictions, irrespective of size.

Administrators considering easing measures in their jurisdictions should remember, that focusing solely on TPR as a metric, while ignoring the actual, central importance of CP, might be an immoderate approach, with adverse consequences.

Thus, the practical route to keeping a third wave at bay, while curbs are eased, the economy recovers, and vaccination levels rise, is to maintain near-wave levels of testing. In effect, we will have to pretend that the second wave isn’t over, if we are to prevent a third one.