Why It Costs A Lot To Keep Mamata Banerjee 'In Poverty' 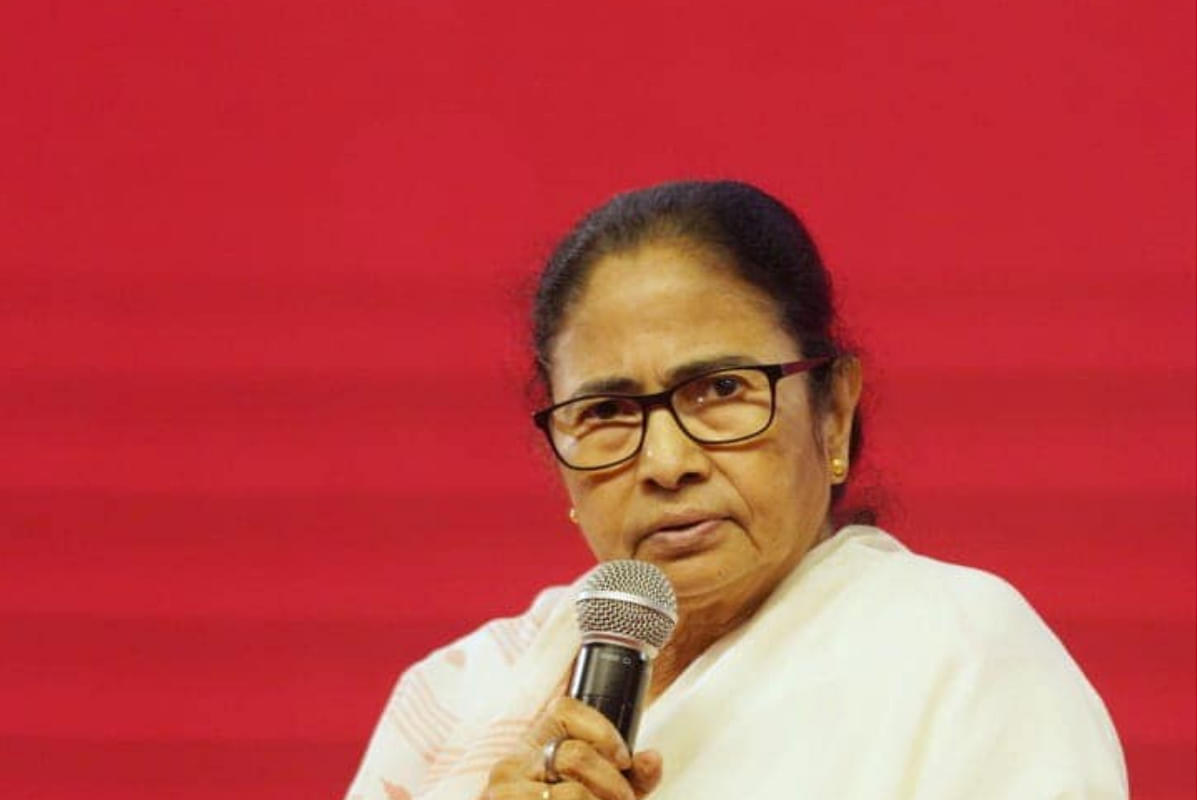 Sarojini Naidu once famously remarked that it costs a lot to keep Mohandas Karamchand Gandhi in poverty.

And like Gandhi, Bengal chief minister Mamata Banerjee also makes a great show of her ‘poverty’ right from her attire and footwear to her ‘simple’ food habits and her humble abode that she insists on dwelling in.

She has, of course, forsaken some of the ‘trappings’ of her ‘simple lifestyle’. One of the most noticeable ones is her mode of surface transport: she used to make it a point to travel only in a Santro owned by an associate.

Right after being sworn in as chief minister on May 20, 2011, Banerjee declared that she would shun all the trappings of power and travel in a hatchback without any security. “I am the people's chief minister and so don’t need security. The people of Bengal will provide me security,” she has proudly proclaimed.

Within a few months, a few unmarked police vehicles started escorting her Santro car. And within a couple of years, she had started riding an SUV in a motorcade with rifle-toting commandos peering out of the other vehicles. The Santro was forsaken, and without any ado.

Banerjee’s footwear--humble rubber sandals--has remained the same, and only the colour has changed from white with blue straps to all-white. But, and this is important, her sandals always look new and spotlessly clean!

The Bengal chief minister still wears cotton sarees, but they appear to be more expensive than the crumpled, coarse cotton ones she used to drape herself in the past. And the shawls she swathes when she travels to cooler climes are definitely not ones that middle-class folks can afford to purchase.

But what hasn’t changed is her humble abode--34, Harish Chatterjee Street at Kalighat in South Kolkata. Banerjee grew up with her siblings in the nondescript single-storey tiled-roof house with rough cement walls. And that continues to be her address.

Of course, the interiors have changed and apart from high-end air conditioners and flat screen television sets, many other expensive gadgets and comforts of life have made their way into the ‘humble abode’.

But this ‘humble abode’, which Banerjee and her many sycophants hold up as a symbol of her simplicity and incorruptibility, has become a big drain on the state exchequer.

The security bandobast for the chief minister’s residence, say police officials, is costing a huge sum of money. “The house is in a congested locality and easily approachable from many directions. So that means maintaining a huge police contingent not only in the immediate vicinity, but also in the entire Kalighat area, to keep a 24x7 vigil,” a senior police officer who did not wish to be named for obvious reasons told Swarajya.

“Had the chief minister shifted to a government bungalow--Bengal does not have an official residence for its chief minister--or even an apartment in a government colony as she was advised to by her security officials many times, all these arrangements and the huge cost it entails could have been easily avoided. Securing a small house in a congested, slum-like locality is many times more expensive than providing foolproof security to a bungalow or a house in a government estate. That’s because such dwellings can be easily cordoned off and monitoring the one or two approaches to them is much easier and cheaper,” said the police officer.

All former chief ministers of Bengal, except Mamata Banerjee’s immediate predecessor Buddhadeb Bhattacharyya, stayed in their own mansions. The legendary Dr Bidhan Chandra Roy, followed by Siddhartha Shankar Ray and then Jyoti Basu stayed in their own huge mansions. Providing security to them at their residences was not much of a challenge, and more so because the threat perception was also not high in those times.

Buddhadeb Bhattacharyya insisted on staying at his rented apartment in a government housing estate after he became the chief minister. But, said the senior police officer, providing security inside the estate was not much of a problem.

Mamata Banerjee, however, stays in a very crowded locality and her small dwelling sits in the middle of many other such small houses with large families. Segregating her house and keeping vigil on just her house is impossible, and so the security cover has to be extended to the entire locality. That’s why it is much more expensive to provide security to Banerjee’s ‘humble abode’.

If providing security to the Banerjee residence has been a difficult challenge till now, it has become a nightmare now. Ever since an intruder--Hafizul Molla (31)--was found sleeping outside the chief minister’s residence in the wee hours of July 3, the police have gone into a tizzy.

Molla had breached multiple security layers and evaded hundreds of policemen on duty in the area. Molla had used multiple SIM cards and had made calls to people in Bangladesh and some other places.

While police are yet to unravel anything conclusive about Molla’s true intentions, additional policemen have been deployed around the CM’s residence and additional pickets have also been set up. Director (Security) Vivek Sahay was sacked and replaced by senior IPS officer Peeyush Pandey.

All this security bandobast has become a big headache not only for policemen of all ranks, but is set to make life very difficult for the chief minister’s neighbours. The police are planning to issue special, tamper-proof identity cards to all residents of the area and they will have to carry these identity cards every time they step out of their houses (read this).

“A system of issuing special passes to visitors (not residents) is also being devised. Those who wish to visit houses on Harish Chatterjee Street will have to procure these passes from their hosts before entering the locality. We’re working out the modalities,” said another senior Kolkata Police officer.

But that is going to be very difficult and extremely bothersome. It means that Banerjee’s neighbours will no longer be able to have their friends, relatives and acquaintances dropping in casually; visits to their houses have to be planned in advance.

And all this will, of course, cost a lot of money also. It will not be easy to check the identity cards of all the thousands of people who enter or exit Harish Chatterjee Street everyday. It will be much more difficult for residents of the area to procure passes for their visitors and hand them over to their guests before they enter Harish Chatterjee Street.

A few months ago, some agitating school teachers approached Mamata Banerjee's residence by wading through a canal. That breach was plugged by barricading the canal and mounting extra vigil on it; police pickets were erected on both banks of the canal.

And talking of Mamata Banerjee’s insistence on staying in her ‘humble abode’, it will be pertinent to mention here that in Darjeeling, a tony villa called ‘Richmond Hill’ is designated exclusively for her stay when she goes there. Even her senior most ministerial colleagues are barred from staying there.

Mamata Banerjee also has rooms reserved exclusively for her in government properties in other parts of the state.

And, to borrow Sarojini Naidu’s quote, it definitely costs a lot to keep Mamata Banerjee in ‘poverty’ in Kolkata.