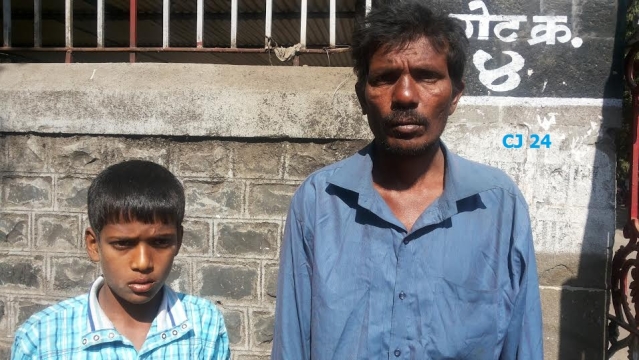 A journalist has been following the Sawan Rathore murder case since its initial stage. Here are some soul-shaking facts about the police mechanism that he had come across while pursuing the case.

A sixteen-year-old boy – Sawan Rathore – was burned alive after confirming his religion. The boy was forced to drink oil, and then petrol was poured on him. He was burned by three accused – Imran Tamboli, Zuber Tamboli, and Mehboob Shaikh.

In spite of the boy’s dying declaration suggesting that he was burned after confirming his religion, the Pune police’s investigating officer has not applied communal violence-related charges to make sure that the accused do not get bail. The investigating officer had initially just applied half murder charges on all three in spite of the victim’s death. But cops were forced to change that to section 302, 323, 504, 506, and 34 because of social activist-advocate Ramesh Rathore’s intervention.

I was part of the group of activists that met Commissioner Kaushal Kumar Pathak and his deputy Shrikant Pathak to try and explain the possibilities of a communal angle. But both top cops shared the opinion that the dying declaration will not be accepted in this case as it was not recorded by the police and the incident cannot be tagged as communal violence.

We highlighted several points to show negligence in the investigation. Advocate Rathore said that the concerned video was recorded as per the Supreme Court’s directive issued in 2013 that empowers the common man to record dying declaration.

We shared our opinion that these three Muslim men might have burned Sawan under the influence of ISIS videos that show IS-fighters burning non-Muslims in Syria. The police should scan the phones and computers of the accused to check if they had watched ISIS videos. But the commissioner suggested that we should not think about ISIS.

Activists stressed on the point that the initial investigating officer inspector Bhosale had declared the boy an orphan and rag picker. This was the police’s first negligence. How and why did this cop declare the boy an orphan without proper investigation? Why did he not mention the communal angle in his FIR, and why did he refuse to record the boy’s dying declaration when called by the advocate, to do so?

Advocate Rathore has the recording of his interaction with Bhosale. I heard the conversation; Inspector Bhosale simply said he will not come to record the dying declaration as the victim had registered the FIR himself.

We explained all this to the deputy commissioner; he politely heard our points and agreed that some policemen do make mistakes. He also agreed that cops give special attention to certain cases involving high profile individuals. What about their oath to protect and serve everyone equally?

“Cases involving someone who is wealthy or someone who has nuisance value are investigated properly,” said Deputy Commissioner Shrikant Pathak during our interaction. We left his office after he assured us that he would personally monitor the case. (I have an audio recording of this conversation that can be made available, if and when required)

“They had no intention to kill him, but just decided to set him alight for fun.” While at the commissioner’s office, we also interacted with the case in charge, senior police inspector Rekha Salunkhe. Activist Milind Ekbote and Ramesh Rathore shared the details of the case with her along with a CD containing the victim’s dying declaration.

Points were clear: the accused had burned this boy in the most brutal way after confirming his religion. His dying declaration is available, and one of the suspects named Zuber Tamboli also has a criminal record, including a half-murder case registered with Swargate police. Yet the lady officer did not take it seriously. In her opinion the three accused are not criminal minded.

Salunkhe claimed that she has access to the CCTV footage from the Kasba Peth area that show the three accused attacking Sawan before burning him. “I don’t think those three accused are criminal minded, they thought this boy was stealing batteries from vehicles, and they burned Sawan Rathore just for fun,” said the investigating officer.

After spending a few hours at the commissioner’s office, and interacting with the investigating officer, I was sure that Sawan’s soul would not get justice and perhaps, Zuber would get bail in his second murder case after spending just few days in jail.

Sawan deserved as much media attention as Rohit Vemula did

However, as columnist Shefali Vaidya pointed out in her recent column, while the Rohith Vemula case was splashed across the media, the Sawan Rathore murder case remained a small news item for most.

Except for Indian Express and Pune-based newspaper Golden Sparrow, no one covered the murder case properly. Certain news channels carried small bites about the story. None organized debates about the case where the communally violent act was carried out by Muslim hooligans against a 16-year-old Hindu boy. No one returned his/her award, and Pune city’s MP Anil Shirole did not write a Facebook post condemning the incident.

A protest rally was organized by the Samastha Hindu Agadhi and Banjara Kranti Dal in Pune on 27 January, 2016. More than 500 young men joined this rally to demand fair investigation and ensure justice for Sawan Rathore. Several politicians, social workers and Punjab Police SP Jagirsing Bartiya were part of this protest rally (under his personal capacity). Activists demanded the police apply section 302, 120B (Para 1), 295A, and section 298 in the case to make it strong.

Ekbote and Ramesh Rathore are planning to approach Maharashtra CM Devendra Fadnavis if the police fail to apply relevant sections and prove the case effectively in court.

After carefully studying some recent crime stories, statements made by DG, ADG, and top cops of various cities in Maharashtra, I think it will not be wrong to suggest that Maharashtra’s police mechanism is more inclined towards keeping criminals out of jails. Officials are often keen to offer multiple life changing (reform) opportunities to certain criminals.

He spoke about the need to increase the capacity of the state’s existing jails, but claimed that the Supreme Court’s mantra promotes bail and not jail. He also suggested that cops often think twice before arresting people involved in offenses that attract a jail term of seven years or lesser.

While sharing his opinion about the age limit for punishing juveniles involved in serious crime, Upadhyay said that first-time offenders should not be sent to jail because these prisons are overcrowded. He suggested that the seriousness of the crime should be analyzed while investigating such cases.

Bhushankumar Upadhyay’s opinion shows us why we come across repeat offenders in rape, murder and robbery cases. When Zuber Tamboli got out of his first murder case a few years back, he probably knew that he would easily get bail after burning Sawan Rathore.

The law and order situation in Pune is such that people are forced to change their lifestyle. Reports suggest that cops force victims of robbery, molestation, and other crimes to go back without registering FIRs in order to keep the crime rate low on papers.

Shockingly, case studies indicate that serial killers and rapists have managed to erase their criminal records from Pune police’s database in the past. This indicates the extent of rot that has set in the police mechanism.

The Maharashtra state was under the Congress and NCP’s rule for 15 years (from September 1999 to November 2014). Perhaps, these two parties deserve to be blamed for the criminal-friendly approach developed within police mechanisms. Plus, to make matters worse, the Maharashtra state does not have a full-time home minister to look into the day-to-day affairs at present. Fadnavis should address this crying need for changes in the police mechanism as soon as possible.

Hope someone sitting in Delhi reads all these reports and puts some pressure on authorities to give justice to Sawan Rathore’s family. Fight for justice appears to be a foolhardy and difficult expedition.