Why #MeToo Shouldn’t Go The Nirbhaya Way; Too Much Fury, Too Little Follow-Up 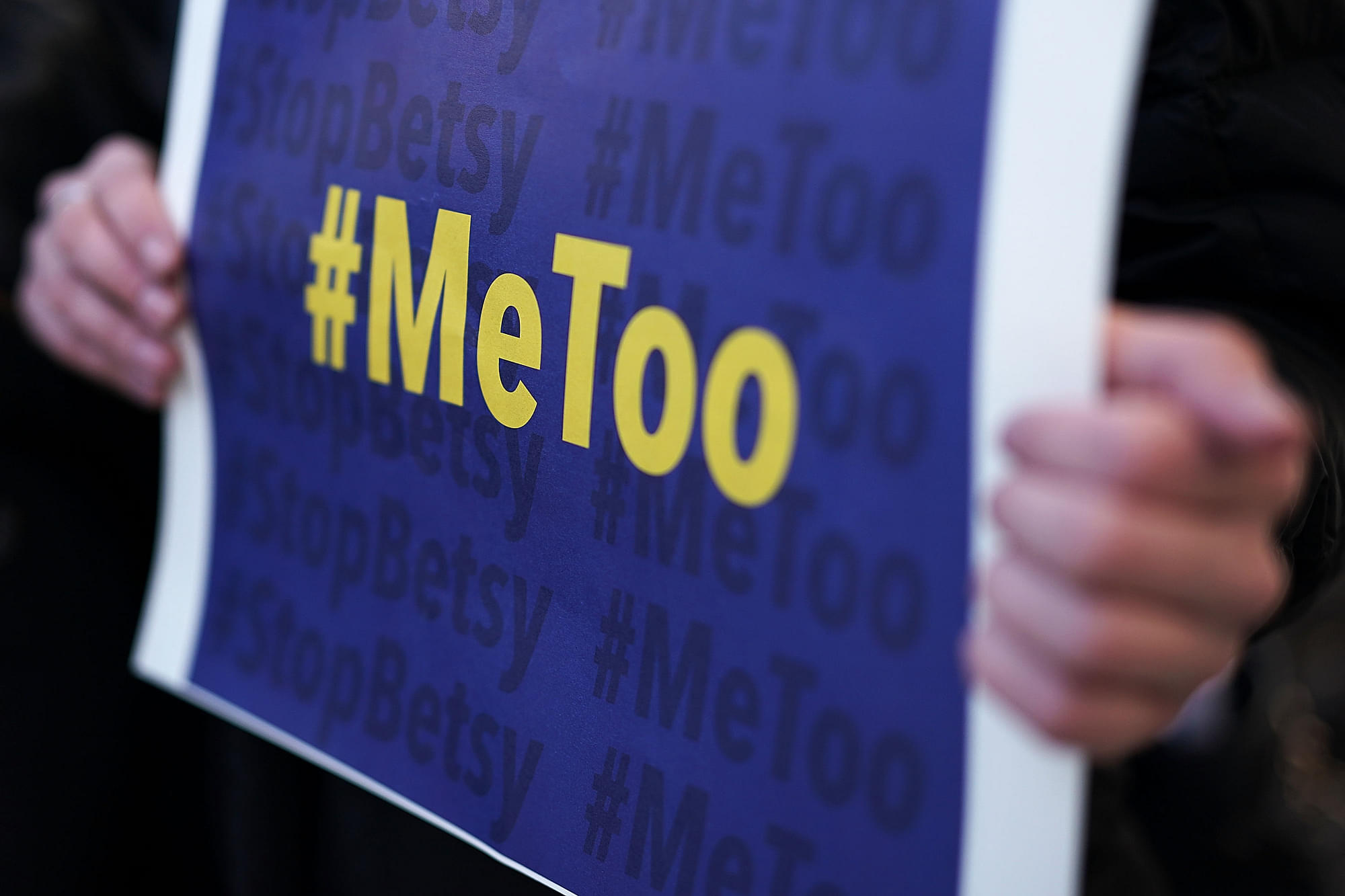 The current wave of #MeToo protests, where courageous women have called out powerful men for rape, molestation or gross and inappropriate behaviour, is a necessary corrective to centuries of patriarchy and the sense of entitlement men seem to have developed over the centuries. Men from all kinds of professions, from Bollywood to media to politics, have been squirming in the harsh spotlight of #MeToo shaming and naming, as society re-evaluates their conduct in the light of new evidence.

However, while this process may embolden more women to stop suffering tyranny in silence, and even give them a temporary sense of empowerment and vindication, it is not likely to last. Women are going to be let down all over again unless we address the root causes simultaneously – and the solutions are really long-term in nature.

Remember Jyoti Singh Pande, a.k.a. Nirbhaya? In 2012, there was a huge wave of protests in a collective burst of emotion and empathy for that victim of a brutal gang-rape and murder, but all it led to were tougher laws and a whole lot of posturing by law-makers. Today, we are nowhere near reducing the scale of violence against women, girls or even babies.

The same goes for dowry and domestic violence, where tough laws have not really solved the problem, but, in fact, have sometimes engendered sympathy for the occasional men and families who were victimised by a few vindictive women and their families. #MeToo, if it confines itself to naming and shaming, will soon lose credibility, especially if we get even one or two genuine cases where innocent men were wrongly shamed.

Why is it that we always presume that entrenched patriarchy and gender insensitivity will be reduced by the occasional revolt against it? Why is it that we never even start the process of long-term corrective measures without which patriarchal attitudes can never be delegitimised and diminished in scale or intensity?

While it is legitimate to ask an M J Akbar to account for his actions and call for his resignation from the ministry, or to force an Alok Nath or Nana Patekar to face the evidence and prove their innocence, or to ask a former editor like Gautam Adhikari to acknowledge his past for whatever transgressions he has been accused of, these are only necessary conditions for justice. They are insufficient in themselves to deal with the problem.

In fact, naming and shaming some high-profile men will do nothing to ensure justice to the millions of other women who may not be so empowered or bold enough to risk retaliation by the powerful men who victimised them. Deeper injustices – where the tormentor may be a family member or relative or friend – can be addressed only if we are willing to find the resources and stamina to take corrective action that may not bear immediate results, but will help change society’s attitudes towards victims and their victimisers. Gender equality and justice is a long journey, not a short-cut.

The first issue to address is power. Sexual predators feast on this imbalance of power, which makes them feel safer than they should be. While small and big steps have been taken to empower women – from creating quotas in panchayats to opening bank accounts in their names, etc – we need to carry this process further and faster. Among the things we need to do is to enhance women’s representations in Parliament and legislatures, possibly through reservations in the short run, and on corporate boards and top management. It cannot all be done overnight, but if we don’t start the process now, it will take longer than our lifetimes. When women are solitary figures in power – consider an Indira Gandhi, a Mamata Banerjee or a J Jayalalithaa – they cannot do much to render gender justice. Without a critical mass of women in power, both at the political and economic levels, they themselves will accept patriarchy as the reality and have no incentive to change the system.

The other dimension of power is economic. India’s female work participation rate is less than half that of men, and this is not because women are less qualified than the men. It is because employers don’t bother to create the right environment for women to feel safe and valued in the workplace, often not due to active discrimination, but through sheer oversight and thoughtlessness. I remember a situation in two media organisations I worked with where the vast majority of employees were women, but the proportion of toilets for women was so abysmally low that in one of them the women had to go out of the building to a five-star hotel nearby to use the loo. No discrimination was intended, but this was the reality.

Second, there is a problem of overcompensating for patriarchy, too. By giving women extra leave to have babies, as India’s Parliament did some time ago, it would seem that the law is empowering women to spend time with their new-borns. But when women get six-month baby breaks, aren’t employers with limited means more likely to consider them a needless cost compared to men who may even be less qualified than them? The only sensible way to address this injustice is to actually tilt in the direction of equal paternal leave for men, give or take a month. Once both men and women seem equally expensive to hire, discrimination will start reducing. There can be no empowerment of women without a simultaneous sensitisation and empowerment of men in roles that were earlier only reserved for women.

Third, we need sex education and gender sensitisation from the nursery school level. Of course, families play a crucial role all the time, but it is easier to address the issue in schools, which is where we learn most of our important attitudes. It is interesting that though the vast majority of school teachers are women, patriarchal attitudes persist. Schools are run like military establishments by mostly women teachers and principals, and very little is done to demonstrate both gender equality and respect for all children. Clearly, schools, which are the primary arenas for the socialisation of children, are focused too much on rote and results to bother about raising good kids with a sense of respect and compassion for one another. This needs to change.

Fourth, hidden biases against boys need to be shed, too. How often have we seen headlines reminding us that all toppers in school exams are girls, or that girls beat boys again in terms of pass percentages or academics? No doubt, these headlines are meant to encourage girls, but the hidden message to boys is that they are no good in studies. It’s no different from telling girls that they can’t be as good as boys in maths or athletics.

But the real issue here is lack of knowledge about why boys need to become healthy and caring adults. We simply don’t know – at the level of individual parenting and schooling - what kind of inputs boys require at various stages in their lives and well into their teens and the period of puberty. This lack of knowledge makes us follow the stereotypes engendered by patriarchy: boys don’t cry, they have to succeed and provide for family; they have to get into IIT or IIM, never mind that they may want to be poets or singers. We simply need to study the strains and stresses boys are put through so that they get as much competent mentoring as girls need today. And one more things: boys are as likely to get molested as kids as girls. We need to pay closer attention to this form of violence against children. What is the chance that a violated boy will grow up to be a healthy adult?

Fifth, we also need to address adults, who may be too old to change attitudes dramatically, but can at least learn manners, political correctness or the right public behaviours. From the police to politicians, from corporate establishments to government offices, gender sensitisation courses ought to be made compulsory for all of them. If we have a national-level programme developed for this crash course, and if all states, local bodies, and companies are encouraged – even mandated – to adopt these programmes as part of their societal obligations and for career advancement, we would be a much healthier society.

#MeToo is a good start, but it will quickly be forgotten once the attention of the media moves on to other, more pressing, issues, like an election or a huge natural disaster, or something with that kind of popular resonance.

#MeToo should not be wasted by making it a one-off outburst against patriarchy. A good way to keep the momentum going is to shift focus from destructive emotions to positive demands for change. We need to adopt all the above actions, and also create permanent state and district-level truth and justice commissions which can hear out the women and help them get justice.