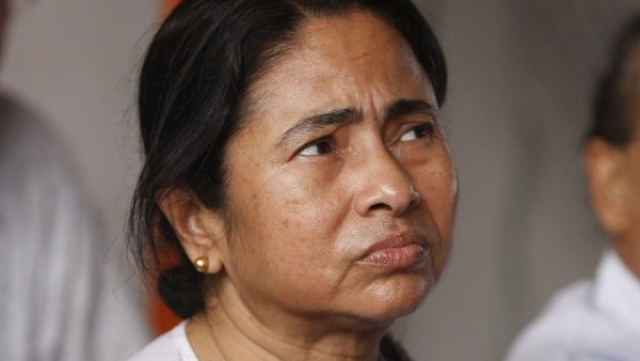 When it comes to bad economic ideas, there is usually a political consensus. From the Food Security Act to the Land Acquisition Act, the Right to Education Act and freebies of every kind, no political party has ever opposed them. If anything, they will insist on making the proposals even more uneconomic.

So, it should come as no surprise that Mamata Banerjee of the Trinamool Congress thinks the privatisation of Air India – a white elephant if there ever was any – is a bad idea. So, when the government sought expressions of interest (EoIs) from bidders for the sale of 76 per cent stake in Air India (including Air India Express and 50 per cent in the ground handling services), Banerjee tweeted: “I am sorry to read in the media about the govt inviting expression of interest for selling Air India, the jewel of our nation. We strongly oppose this and want this order to be withdrawn immediately. This govt must not be allowed to sell our country.”

Her party member of Parliament (MP), Derek O’Brien, a former quizmaster, who’s lost his mojo, has suggested that divestment of Air India is being examined by the parliamentary standing committee on transport and tourism, and hence government could have waited for its report.

Compounding the foolishness was Bharatiya Janata Party (BJP) MP Subramanian Swamy, who has detected a scam in advance. He plans to go to court if the bid proceeds further.

It is time the Narendra Modi government took courage in both its hands and called their bluff, especially Banerjee’s. Since Banerjee thinks Air India is a crown jewel, the West Bengal government should be offered the option to run the airline for Re 1. If she succeeds in making an airline with nearly Rs 50,000 crore in debt into a jewel, she will have proved her point. If she demurs, it will show her in poor light. In fact, any political party opposing the sale should be offered the same deal; employees and unions too could be given the same option.

The government’s decision to put Air India on the road to privatisation marks a significant milestone in its thinking. The proposal is to offer 76 per cent of Air India and its subsidiary Air India Express, plus 50 per cent in ground handling company SATS, along with Rs 33,392 crore of debt to the highest bidder.

At this level of debt in the main company, bidders will be shouldering slightly more of the loans than what would be backed by aircraft assets. Between them, Air India and Air India Express have 138 aircraft of various sizes. What the buyer will get in lieu of a higher share of debt is instant domestic market share of 13 per cent, the airline’s premium landing slots in foreign airports and flying rights to various destinations. It is possible that the buyer, who could be a foreign airline holding 49 per cent, will use Air India as a feeder airline for global destinations, using hubs outside India. In the case of Jet Airways, when Etihad Airways bought a stake in it, it helped raise Abu Dhabi’s role as a global airport hub.

What is not part of the package is Air India’s multi-storeyed building in Mumbai, which should be worth several hundred crores, the low-cost carrier Alliance Air, some parts of ground handling services and the engineering services wing. These will be sold separately, and help pay for the remaining debt of Air India which will rest with the asset holding company. So Banerjee is wrong to presume that the sale of Air India is tantamount to selling the country. In fact, the government has kept the more viable parts with itself for now.

The key question is whether the deal will be completed by December, as the government has indicated. Also, there is a question about who may want to take on the excess debt burden as the cost of owning Air India.

Prima facie, foreign airlines and the Tatas are the best positioned to buy Air India, since they have the prescribed net worth (Rs 5,000 crore) and deep pockets to take on the initial losses of the airline. In 2016-17, Air India made losses of over Rs 5,765 crore. It has not made a profit in the last nine years.

The government is keeping 24 per cent of Air India even after the divestment. So, even if it does not get a decent bid for the 76 per cent, there could be some revenue upside in case the airline is turned around and the value of its 24 per cent share rises. So, far from underselling the “asset”, the government will actually gain in case the privatisation delivers higher value at a later stage.

It is a joke to dub Air India, which has huge accumulated losses and excess debts, as “the jewel of the nation”. It may have been a jewel when it had a near monopoly of the Indian skies some decades ago, but when faced with competition from private airlines, it has lost its sparkle. As for Derek O’Brien’s suggestion that the government should wait, this needs to be rejected, for parliamentary committee recommendations are not binding on a government. This is just a delaying tactic.

The government needs to take the political opposition head-on by pointing out what it can do with the money saved on Air India. For example, the United Progressive Alliance government decided to give Air India a bailout of Rs 30,000 crore, but this amount is more than enough to fund the Ayushman Bharat Scheme (which will provide Rs 5 lakh of medical insurance cover to 10 crore families) for at least two years, if not more. It is politically sensible to juxtapose the costs of maintaining losing non-strategic public sector companies against potential uses for the same money in the social sector. Only by doing this can ordinary voters understand what they are losing by mindlessly backing public sector investments.

As for the offer of Air India for Re 1, one can be certain that neither Mamata Banerjee nor any opposition politician will take up the offer. The government should deflate their bombast by throwing them this challenge.