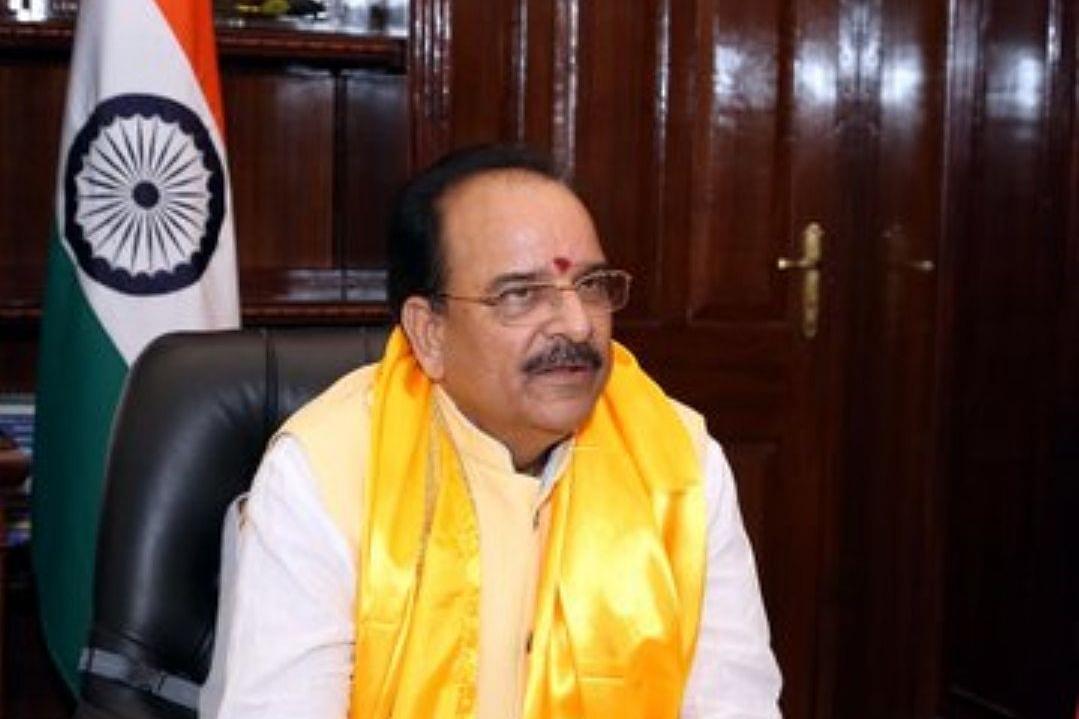 Member of Parliament from Nainital-Udham Singh Nagar Ajay Bhatt has been included in the council of ministers under Prime Minister Narendra Modi. He is Minister of State in the Ministry of Defence and Minister of State in the Ministry of Tourism. Bhatt is one of the senior leaders of Uttarakhand BJP who played an instrumental role in steering the Bharatiya Janata Party to power through a massive victory in the hill state in 2017 -- in the state assembly polls held that year.

Bhatt's inclusion can be looked at as a representation of Kumaon as much as of Uttarakhand in Modi's council of ministers.

Uttarakhand is a border state. It's an aspect that remains in the work gaze of PM Narendra Modi and Defence minister Rajnath Singh. As MP and resident, Bhatt has known the local and emotional sensibilities and issues of the border districts of Garhwal and Kumaon -- Champawat and Udham Singh Nagar in particular.

Bhatt's portfolio perhaps once again settles the point that defence and tourism as two aspects intrinsic to the people's emotion, to the security of the border villages, its socio-economic stability, and have been important to the people of Uttarakhand. And that they are important to PM Narendra Modi's own political narrative in the state.

Between Ajay Bhatt -- now a member of Modi's council of ministers with more responsibility as a representative of Uttarakhand -- and Dhami the new CM of the state, lies another partnership. This is the partnership of PM Modi and Rajnath Singh.

Bhatt's new role in the "double engine sarkar" (of state and centre partnership in Uttarakhand) has got a new meaning in Uttarakhand, the state going to assembly polls in 2022, and to the state's new chief minister Pushkar Singh Dhami.

In a way, this is the second major representation of Kumaon in national politics within a week. The first -- the appointment of a Member of Legislative Assembly from Khatima, Pushkar Singh Dhami, as the chief minister of Uttarakhand.

Dhami comes from the Kumaon region in the hill state. Bhatt's own seat is one of the two in Kumaon, where Ranikhet, his janmbhoomi and karmbhoomi, is nestled.

Since the beginning of this year, the political narrative around Kumaon has suddenly intensified in Uttarakhand's politics with the Congress challenging the BJP's stands, decisions and steps in the region.

Bhatt's work in his seat in Uttarakhand, in Delhi, and within the BJP will be of value to Dhami and the Uttarakhand BJP in 2022.

Two communities -- one of Bhatt -- one of Dhami -- already are subject of discussion for sections of the mainstream media. However, the larger fact is that both Bhatt and Dhami are men known for belief in "sangathan". The two leaders are expected to strengthen the region and the state.

They, along with the other MPs, will be crucial to the party's ambition, as senior BJP leader and state vice president Dr Devendra Bhasin told this author, in surpassing the party's own performance in the state (of 57 seats in 2017) in 2022.

Just as Dhami himself, Bhatt, who addressed Dhami as his "anuj" (younger brother) is considered to be a man with strong organisational skills in the BJP parivar.

Bhatt became active in state politics in the early 1980s. He played his own role in the movement dedicated to the formation of the new state and made his presence felt in the Ram Janmabhoomi movement-related responses from the state leaders during the 1990s.

On 7 July, though Bhatt was all positioned in Delhi on a hectic day prior to his induction, he did not forget to comment on his party's prospects in the 2022 assembly polls. "Under the leadership of Prime Minister Narendra Modi, we are continuously working for public welfare. We will return to the state (Uttarakhand) with full majority," he reportedly said.

In 2017, the year of the state assembly polls, Bhatt was the state president. His presence in the state unit spoke of the influence he commanded -- known for being "unopposed". Bhatt contested the election from Ranikhet -- a key constituency and his own ground once and many times. He lost the election to a Congress candidate. This happened in an election, in a year and the times, when he was at the top with his contribution to BJP's massive win in 2017.

A prominent leader from the Opposition in the state legislative assembly, Bhatt was considered one of the strongest contenders for the post of chief minister from his party. It was the year when former chief minister BC Khanduri was also being seen as the strong contender for the post. Both did not make it.

"We registered a record victory but it was bad luck ki Ajay ji khud haar gaye. Within the organisation, whenever there would be a discussion on the probables for the CM post in the new government, Ajay Bhatt would be in the top row. With the unfortunate defeat, the probability of him becoming the CM was lost," senior BJP leader Devendra Bhasin told this author.

Bhasin points at the immense experience Bhatt has in the different roles and responsibilities he has worked towards in Uttarakhand and in the state government. He adds that whatever the situation, whether he had power of "padd" (office) or not, Bhatt's work saw him maintain the interaction with the public and the pace of activity, "chaahe wo padd par rahe ya nahin rahe, sakriyata mein kabhi kami nahin aayi".

Bhatt took the 2017 defeat on his chin. He did what he does -- be on ground, interact with the public, focus on the region, strengthen the party organisation, and return it all to ground again -- a big ball of efforts that would make him bounce back at the Congress in 2019 Lok Sabha polls in a mighty way.

This performance from Bhatt would gobble the chances of Harish Rawat with a hurtful victory margin.

In 2019, funnily, sections of the media held a view that Bhatt would perhaps not be able to make a mark in the Lok Sabha election. Contrary to this view -- built hurriedly ahead of the poll -- Bhatt fought to win from one of the two seats in Kumaon -- one of the five in Uttarakhand.

He defeated former chief minister and Congress leader Harish Rawat with a margin of more than three lakh votes.

Bhatt defeated Rawat, on a seat that the Congress was hoping to make a return on, after the disappointments faced in 2014 and 2017. Bhatt's performance quashed those hopes.

In March, declaring Garsain the third mandal after Garhwal and Kumaon met with opposition in Uttarakhand, especially the inclusion of Almora (along with Chamoli, Rudraprayag and Bageshwar) in it. Bhatt presented a stand that showed his sensitivity to the region and the understanding of Almora as the "culture capital" of the state.

Bhatt reflected that the state government's decision on Gairsain as a commissionerate was in good faith, that he was also aware of the public sentiment and if such emotions were coming then he would speak to the chief minister (then CM Trivendra Singh Rawat) and the government would address public concerns.

Almora also happens to be the home turf where Bhatt arose in state politics -- reacting to the state formation movement and the Ram Janmabhoomi Movement under the inspiration of a prominent senior leader of the BJP.

Bhatt, in his own political journey and serving in governments has been at the cusp of the two states -- Uttar Pradesh (before the formation of Uttarakhand) and Uttarakhand -- through his victories in the assembly elections and work in Ranikhet between the 1990s and 2017.

His roots in the region along with his new responsibilities, his status as a senior leader and sangathan-strengthening leader, are energy factors for the BJP ahead of 2022.

The partnership of Bhatt and Dhami must work to nourish the combined efforts of the parallel and intrinsic partnership of Rajnath Singh and Modi -- for Uttarakhand -- for India. The time to begin is now.