Why One Should Never Mess With The ‘Chowkidar’ 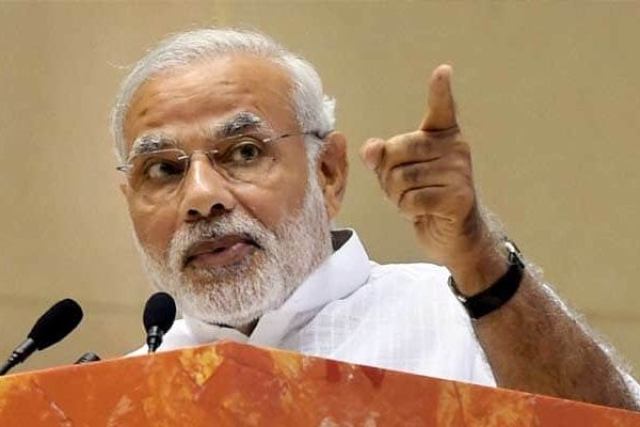 A Rajinikanth movie called Annamalai has an epic scene where the superstar and his rival are at a property auction. The rival has such a bloated ego that he does not want Rajini to succeed, no matter what. So, he outbids Rajini for every price that Rajini bids for. At some point in time, Rajini is purely driving up the price for the fun of it.

Soon, it so happens that the rival bids a ludicrously high amount for the property, higher than its worth, just to spite Rajini. At this moment, Rajinikanth just gets up and walks away calmly, content that he has caused a grievous loss to his rival by playing with his ego. Seeing #MainBhiChowkidar, this is what I was reminded of.

Over the past few months, in fact for about a year, Congress president Rahul Gandhi and his media acolytes tried to build a scam out of thin air around Rafale. If you asked Rahul Gandhi why the Delhi winter has been so prolonged, he would tell you it is because Narendra Modi had “put Rs 30,000 crore in Anil Ambani’s pocket”.

A newspaper tried cropping images to bolster Gandhi’s ostensible case, multiple media outlets became carriers of fake news that would be busted within minutes every time, headlines were gamed to make Gandhi’s lies look like a lion’s roar and more importantly, many outlets that are in the business of fighting fake news did not speak a single word against Gandhi’s continuous falsehoods.

Gandhi had been using this ‘chor’ barb for a few months now but the whole campaign came crashing when Modi turned the game on its head, at a time and place of his choosing. For anyone with half a brain, it was clear that Rahul Gandhi’s Rafale campaign was ill-conceived.

First rule of political communication in the Modi era is that you don’t attack Modi personally. Gandhi did. It wasn’t just the ‘chor’ barb but he attacked Modi personally as a “coward”, “he cannot face me” and more. He tried to target him through smart-alecky tweets. Modi thrives in such an atmosphere where opponents attack him. And there’s more to political communication than garnering retweets.

The second rule of political communication in the Modi era is to exercise political common sense. You don’t attack someone like Modi on issues like ‘corruption’ based on ‘combative’ press conferences and media hitjobs unless your case is watertight.

This castle built in thin air came down crashing with a loud thud the moment Modi tweeted his #MainBhiChowkidar tweet. This was ‘Chaiwala Part II’, many opined, going back to the time when Mani Shankar Aiyer famously gave Modi the juiciest full toss in the history of politics.

This was one of those moments in political communication that Modi has always been known for – a narrative-turning moment. #MainBhiChowkidar became a worldwide top trend.

Why did this happen?

First of all, for most of the last year, despite continuous attacks by Rahul Gandhi and his media ecosystem, Modi has stayed largely silent. The government kept replying to every ‘expose’ that Gandhi ostensibly unearthed. Gandhi took Modi’s silence and the government’s willingness to respond with facts, as a weakness and only piled on the attacks, kept raising the pitch.

Gandhi, eventually, was pulled into investing almost all his political capital into just trying to prove Modi is corrupt. Whereas Modi being corrupt is not a possibility that even crosses the mind of a person on the street as plausible. It was this that caused so many, mostly young people since this was on Twitter, to join in and say #MainBhiChowkidar.

As I have observed earlier, Modi, despite being years older than Rahul Gandhi, understands the pulse of the youth far better. The language in his tweet was positive. The video Modi tweeted too was well thought through and well made, appealing to people from all regions and sections.

By converting #MainBhiChowkidar into a matter of pride in being a watchful, active citizen and by spreading the ownership of being ‘chowkidars’ among all people, he has taken any sting that existed in the ‘chor’ barb out and made chowkidar cool again.

A chowkidar works to keep the country clean, said Modi. Can Rahul Gandhi disagree with that?

A chowkidar works hard to make the country progress, said Modi. Can Rahul Gandhi disagree with that?

This is why even those who are politically neutral or had specific disagreements with Modi on certain issues, unequivocally backed him and said #MainBhiChowkidar.

This is again a typical Modi gambit. If Gandhi continues his tirades, it benefits Modi because he has changed the narrative on the word chowkidar. If Gandhi stops his tirades, then, well, yet again, Modi wins since that means years of political capital gone down the drain for Rahul Gandhi.