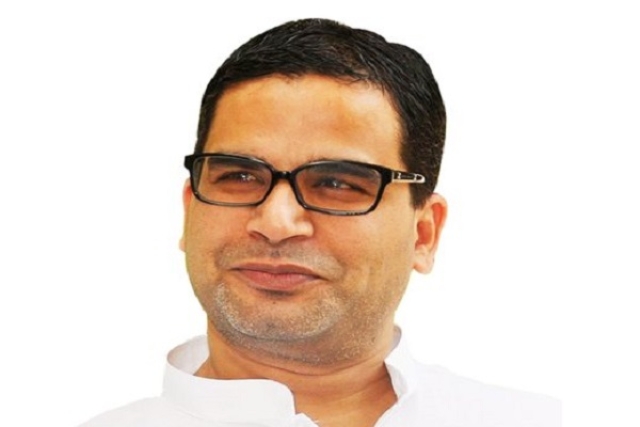 Political strategist Prashant Kishor, who has been contracted by Trinamool supremo, Mamata Banerjee, to reverse her dwindling political fortunes and help her party retain Bengal in the 2021 Assembly polls, has reportedly made a few preliminary recommendations. One of these, and perhaps the most important one, is to refurbish her earlier ‘clean’ image that has taken a beating in recent times.

Kishor, during a long conversation with Mamata Banerjee soon after the results of the Lok Sabha elections were announced, is said to have told her that allegations of extortion by her party functionaries and allegations of corruption against a large number of Trinamool leaders, especially those at the lower levels, had severely dented the image of her party. At the closed-door meeting, at which only Mamata Banerjee’s nephew, Abhishek Banerjee — a Lok Sabha MP — was present, he suggested that the Trinamool chief should distance herself from the ‘corrupt’ leaders of her party.

Kishor also reportedly said he would offer some concrete suggestions and a roadmap on how Mamata Banerjee could beat anti-incumbency in 2021 and re-establish her clean image after his team conducts a detailed ground-level survey of all Assembly constituencies in the state.

Mamata Banerjee took the suggestion about refurbishing her clean image very seriously but, according to some very senior party leaders, jumped the gun by issuing a warning to party leaders who have taken ‘cut money’ from people. ‘Cut money’ is a colloquial term for the widespread practice of taking a commission or a ‘cut’ (ranging from 25 per cent to 40 per cent) from the beneficiary of a government scheme like Mahatma Gandhi National Rural Employment Guarantee Act (MGNREGA) or the PM Awas Yojana.

Lower-level Trinamool functionaries extort huge sums of money from beneficiaries of these schemes. Mamata Banerjee’s warning, and her subsequent decision to charge those found guilty of such corruption under stringent laws, is now boomeranging on her party.

Immediately after her ‘cut money’ warning about ten days ago, Trinamool leaders of Gram Panchayats, Panchayat Samitis, Zilla Parishads and many municipalities all over the state have been mobbed by people demanding return of the money taken from them. Mamata Banerjee had explicitly asked her party men who took ‘cut money’ to return it to the people they took the money from.

Many Trinamool leaders have been forced by mobs to admit on camera that they took ‘cut money’ and what was intended to be a image-building exercise by Mamata Banerjee has turned out to be a major headache for her. The opposition parties, especially the BJP, have used this to hit out at her.

But more than that, it is the serious rumblings within the Trinamool that should be of major concern to Mamata Banerjee. As Trinamool’s Birbhum MP, Shatabdi Roy, told the media (watch this clip), returning all the ‘cut money’ would be a difficult task because the money has been shared with party leaders higher up the chain of command. Roy also suggested that the whole effort was ‘too little, too late’. Roy’s prediction that her party chief’s remarks would spark a crisis within the Trinamool is turning out to be true.

What is well known is that the lower-level functionaries who have taken commissions from beneficiaries of government schemes have not kept the entire money to themselves. “Everybody knows that this ‘cut money’ has been shared by those who took them with senior Trinamool leaders and everybody, even the top leadership of the Trinamool, have benefitted.

“Mamata Banerjee’s remarks about ‘cut money’ vindicate what Prime Minister Modi and many of us have been alleging for a long time now: that ‘tolabazi’ (extortion) by the Trinamool is rampant in Bengal,” said BJP state president Dilip Ghosh.

Many in the Trinamool, including some top leaders, are angry and distressed over making lower-level functionaries of the party the fall guys and sacrificing them to refurbish Mamata Banerjee’s own image. “Most of our party men have taken commissions and a lot of that money has gone to the party coffers. It is impossible to return all the money. And why make those who have taken the commissions the fall guys? This is suicidal for the party,” said a senior Trinamool leader who also heads an important ministry.

But the major reason that this ‘cut money’ gamble won’t work is that Mamata Banerjee’s immediate relatives — her two brothers and their families, and her nephew Abhishek — are believed to have amassed huge properties. Social media has been abuzz with allegations about Abhishek and his uncles (Mamata Banerjee’s brothers) making crores of rupees.

“Popular perception is that her immediate family is highly corrupt and have amassed huge properties. Will she (Mamata Banerjee) dissociate herself from them? Will she cut links with her family and take action against them? Will she act against her senior most colleagues, including the top ministers, who are corrupt and are widely known to have amassed a lot of properties?” asked CPI(M) leader Sujan Chakraborty.

The disastrous ‘cut money’ episode triggered by Mamata Banerjee provides a strong indication why Prashant Kishor’s advice to the Trinamool chief won’t work. “She, by nature, does not like people advising her and she strongly believes she knows best. She believes she is the best person to feel the pulse of her people and her political instincts are the best.

That is why she did not wait for Kishor to come up with concrete suggestions and, instead, went ahead and created the ‘cut money’ storm. Also, as far as corruption is concerned, even the man on the street now believes that though Mamata Banerjee may be personally clean, all her party men and even family members are corrupt.

So, if she has to re-establish her clean image, she will have to sever all links with them. But it is impossible for her to do so,” said a former Trinamool leader who was once close to Mamata Banerjee.

Prashant Kishor’s involvement in the Trinamool’s do-or-die battle for 2021 has also not gone down well with many of the senior Trinamool leaders who are wary of what advice the political strategist will give to their party chief.

“If the ‘cut money’ remarks (by Mamata Banerjee) were the result of advice given by Prashant Kishor, as we believe it is, then it goes on to show how such ill-thought advice can boomerang. We have allowed the BJP to hit us hard on this issue and have scored a self-goal.

Our strategy to deal with the BJP’s loud charges of corruption against us should be to completely ignore it and, instead, highlight the good work we have done. But we have handed the BJP a major issue to beat us with on a platter. And our party chief has confirmed the BJP’s charges of corruption against us by talking about party functionaries taking ‘cut money’. This is suicidal,” said the Trinamool leader and minister.

Senior Trinamool leaders have not taken kindly to their party chief holding closed-door meetings with Prashant Kishor. Mamata Banerjee met Kishor again last week. And like their first meeting, this was a closed-door meeting too where only Abhishek Banerjee was present.

Many senior ministers are resenting the manner in which they are being kept out of the meetings with Kishor and only Abhishek, who they regard as a novice with barely any political sense and instinct, is being made privy to the meetings. “Many of us are feeling she (Mamata Banerjee) is not trusting us and is giving too much importance to an outsider (Kishor). We have been with her through thick and thin for the past few decades and we are now being ignored,” said the senior Trinamool leader.

This resentment will, in all probability, lead to Trinamool leaders sabotaging whatever game-plan Kishor comes up with. “No one, especially the top-most party leaders, likes being kept out of the decision-making process. If Prashant Kishor is given undue importance and we are ignored, we also know how to react. If our political future is at stake, we will hit back,” warned another senior Trinamool leader.

But more than anything else, it is Mamata Banerjee’s nature that would foil even the best-laid plans by Prashant Kishor. She is impulsive, whimsical and gets excited very easily. She has never played as per any script and has always relied on her instincts, be it at a business conclave, a party meeting or a public rally. She is prone to speak and act impulsively and decide things on the spur of the moment. “A strategy crafted by an outsider will not work, especially with Mamata Banerjee,” said the Trinamool minister.

And, in the final analysis, there is little that Mamata Banerjee can do to distance herself from the alleged corruption of her party men and even family members. Her image has been irretrievably sullied. She also cannot, and will not, reverse her minority-appeasement policies. She cannot stop all her party leaders from running ‘syndicates’ (extortion cartels). All these issues have cost the Trinamool dearly in the Lok Sabha polls.

Thus, with the chances of Mamata Banerjee doing an about-turn on minority appeasement and severing links with all her corrupt colleagues being nil, there is no way that the party can reverse its declining political fortunes. And Bengal can well turn out to be Prashant Kishor’s major failure.