Why Rahul Gandhi's Hinduphobia Must Be Called Out 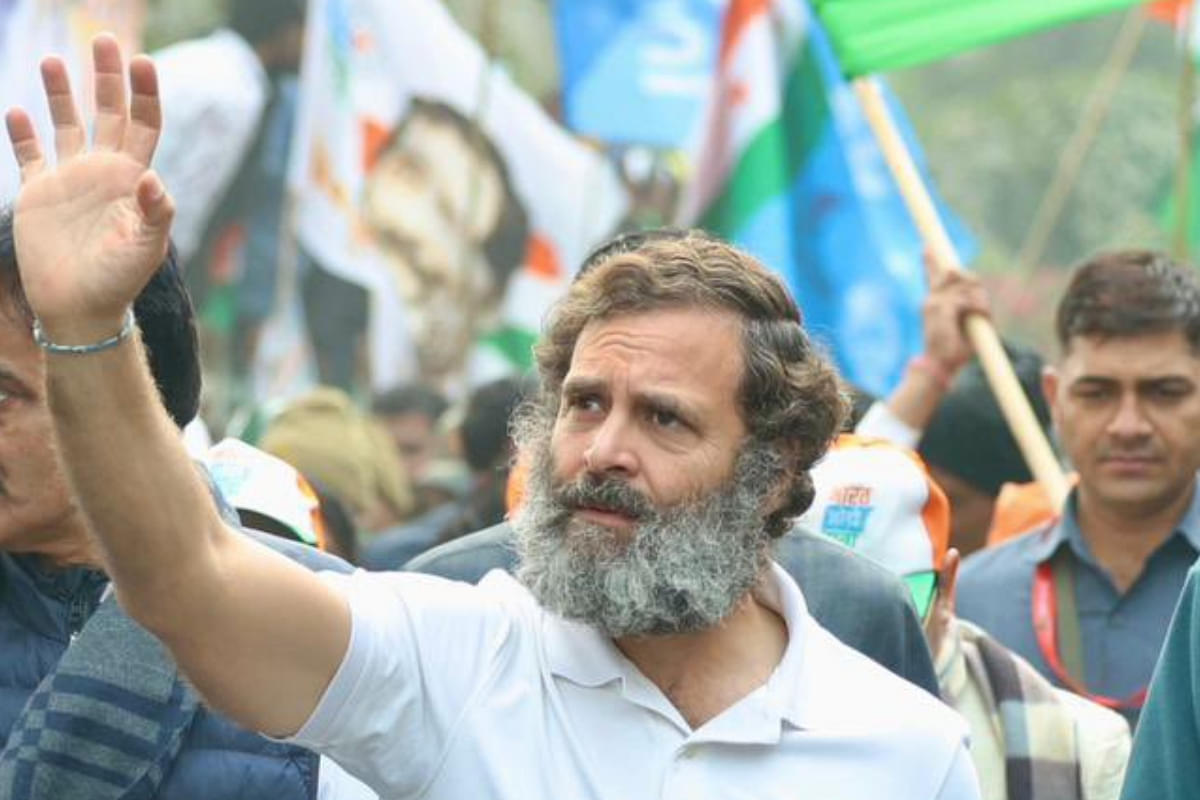 The so-called 'Bharat Jodo Yatra' of Rahul Gandhi has been giving indications of its true nature since the very beginning: that it's a yatra of Hindu virodh.

Evidently, Rahul Gandhi did meet prominent Hindu spiritual and social leaders. He had to meet them. But it was the leaders whom he chose to meet that gave a clear picture of the values behind the yatra.

For example, he had to meet Mata Amritanandamayi. She is a towering and immensely respected and popular spiritual leader. Not meeting her would actually show a bias.

But Gandhi need not have compulsorily met a Catholic priest who had made a hate speech against Hinduism and Bharat Mata. While meeting Mata Amritanandamayi is virtually mandatory, meeting George Ponnaiah was a choice and it is what Gandhi chose to do, which reveals what his yatra is truly aimed at.

As the yatra moves towards its conclusion, Gandhi met Kamal Haasan. Haasan is a veteran actor, no doubt. But he also has another dimension — his aversion for Hinduism. He is known to hurt Hindu sentiments in a manner similar to that of Dravidianist politicians.

For example, in his movie Manmathan Ambu, he had a song in which he asked a female deity obscene questions. Later, the song was removed from the film after Hindu organisations protested.

In other words, irrespective of the Hindu attire Gandhi wears in northern India, the arti he performs, or Bhagavad-Gita he quotes, his agenda in this march seems to be of bamboozling Hindus. In a way this is similar to Christian evangelists donning saffron robes and quoting Hindu scriptures for their proselytising.

The Hinduphobia of Rahul Gandhi comes out in the form of two remarks he made in the course of his yatra.

One: when he made a distinction between Jai Siya Ram and Jai Shri Ram.

Second: recently, at Kurukshetra he made disparaging remarks against pujaris stating that India is a land of tapasvins but not of pujaris.

The first remark shows that Gandhi does not understand the simple fact that when we say ‘Shri Ram’ the "Shri" is not used in the sense of ‘mister’ but as one complete name "Shri Ram" — where Shri is the divine feminine associated with Ramachandra and that implicitly, and for any Hindu instinctively and instantaneously, means Sita.

The second remark showed his aversion towards pujaris — those who do the ritual-worship of Hindu deities. Throughout Indian history, invaders have targeted and massacred pujaris. In many instances, from Somnath to Chidambaram, pujaris of the temple have stood by the deity in the face of the worst kind of torture and saved the deity at the cost of their lives.

Dr Job Thomas, director of South Asian Studies Programme at Davidson College, when discussing the bronze sacred images of deities discovered at Thiruvengadu village of Tamil Nadu, pointed out what the ‘pujaris’ did to save the deities during invasions:

When the invaders descended on the temple, they often tortured the priests to elicit information about the whereabouts of the images; priests who were unyielding were put to sword. In 1327 finding no valuable objects at the Srirangam Temple, the ill-tempered Ulugh Khan, according to temple chronicles, killed 12,000 Brahmin priests in a day.

If today we have our Nataraja bronze as an icon of Indian civilisational peak, then we owe that to the sacrifices of these unknown pujaris who gave up their lives enduring tortures but never betraying the deities.

At this point, let us also anticipate how apologists of Gandhi might drag Swami Vivekananda and his statement about how "an impersonal Godhead threatens the priests of personal gods".

It was in the context of Vedanta. At the same time, Swami Vivekananda had made it clear many times that all spirituality that he had learnt was at the feet of an illiterate pujari of Kali — Sri Ramakrishna Paramahamsa.

But for that pujari of Kali, there would be no Swami Vivekananda. But for Swami Vivekananda, Indian awakening and freedom struggle would have been delayed by decades if not at least a century. So it is to that Bengali pujari that India owes not just her freedom but the preservation of her culture.

The disparaging of ‘pujaris’ is a characteristic of the colonial-evangelist mindset. When they see us Hindus as 'idolaters', pujaris become the villains. On the other hand, the tapasvins — who meditate — are somehow construed in the narrative as better.

If the statement Gandhi made on the difference between 'Jai Shri Ram' and 'Jai Siya Ram' was because of cultural illiteracy, the statement denigrating pujaris and pitting them against tapasvins reflects a colonial-evangelist gaze on Hindu spirituality.