Why Rijiju Is A Constitutional Hero. He Has Shown Supreme Court The Mirror And The Picture Is Not Pretty 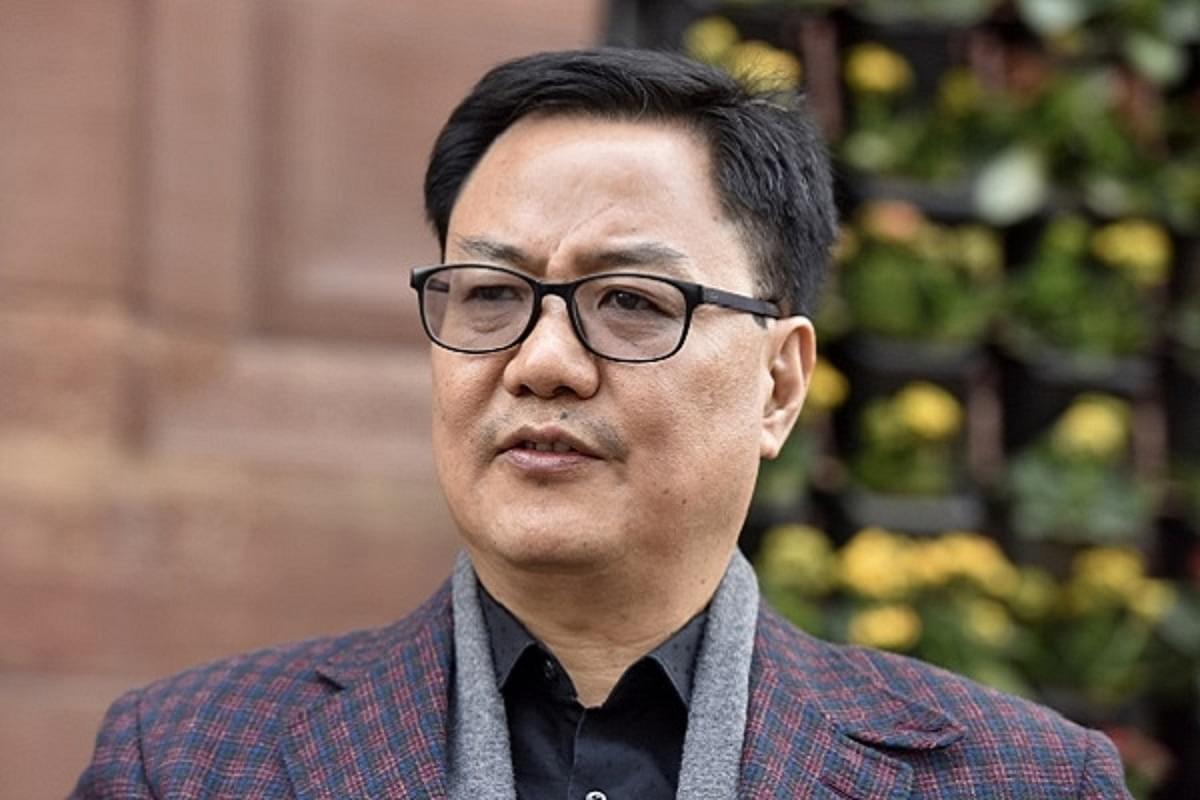 Law Minister Kiren Rijiju, who hails from the North East, has rendered great service to the nation by holding the mirror to the Supreme Court collegium, the opaque group of senior Supreme Court judges which has arrogated to itself the right to appoint all judges to the higher judiciary.

The North East normally does not produce leaders who have a national impact, but Rijiju has taken on the judiciary in a matter that is so central to the restoration of balance of powers in our democracy that he has made history.

He has repeatedly called out the self-serving arguments of the collegium, and was only recently supported politically by no less a constitutional functionary than the Vice-President of India, Jagdeep Dhankar.

Dhankar has not only questioned the collegium system, but also the claim that there is a “basic structure” to the Constitution that even Parliament cannot amend.

That the Supreme Court will have none of that became very clear when the Chief Justice of India, D Y Chandrachud, proclaimed that the “basic structure” was like the North Star, guiding the judiciary in upholding the Constitution and its interpretation.

In a recent lecture, he said: “The basic structure of our Constitution, like the North Star, guides and gives certain direction to the interpreters and implementers of the Constitution when the path ahead is convoluted. The basic structure or the philosophy of our Constitution is premised on the supremacy of the Constitution, rule of law, separation of powers, judicial review, secularism, federalism, freedom and the dignity of the individual and the unity and integrity of the nation.”

The obvious question to ask is: if so many broad features of the Constitution are part of the “basic structure”, how will any judge decide which basic feature trumps other basic features? Or will it be arbitrary in each case?

Can the Supreme Court collegium be judge and jury in matters in which it is itself an interested party? After all, it decided the National Judicial Appointments Commission in its own favour?

Rijiju was thus right to extol the opinion of a former High Court judge, Justice R S Sodhi (retd), who said in a recent Hindi interview that only Parliament can amend the Constitution.

But in the case of judicial appointments, the “…Supreme Court has, for the first time, hijacked the constitution. After hijacking, they (SC) said: ‘We will appoint (judges) ourselves and government will have no role in it'.” Not without reason, Rijiju called this the “sane view”.

Justice Sodhi also pointed out that the high courts, instead of being independent interpreters of the law, have become subservient to the Supreme Court.

Times of India quoted some of Justice Sodhi’s views thus: “High courts are not subservient to the Supreme Court. HCs are independent bodies of the respective states. Now, what’s happening? SC is appointing HC judges. And where do SC judges come from? High courts. Hence HC judges have started looking towards the SC all the time and become subservient.” (You can listen to Justice Sodhi’s Hindi interview here).

Justice Sodhi’s point is this: once the collegium hijacked the power to appoint judges, aspiring judges in the high courts, if they expected to rise in the judicial hierarchy and obtain appointments to the Supreme Court, needed to be seen as being in lockstep with the Supreme Court.

Sodhi has nailed it. If there is a basic structure, it is the Supreme Court itself which has ridden a coach and four over it in the name of preserving its independence.

More than six years ago, I have written in Swarajya that the court had effected a quiet “constitutional coup” and hijacked the Constitution.

It is good to see the Law Minister, the Vice-President, and retired members of the judiciary now affirming the same.

It is time the collegium woke up and smelt the coffee. Law Minister Kiren Rijiju, who hails for the North East, has shown them the mirror, the picture is not pretty.