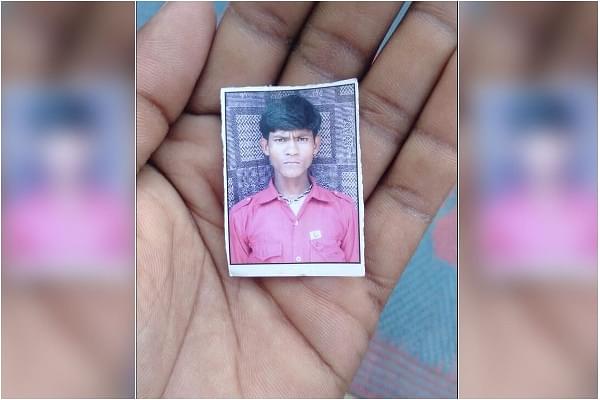 A 28-year-old man named Loten Nishad from Bakshi Morha village of Prayagraj district in Uttar Pradesh was killed by a group of neighbours on 5 April.

As per the victim’s family and other eye-witnesses, the killers - all from the Muslim community - were enraged because a member of Loten’s Nishad community had blamed leaders of Muslims organisation ‘Tablighi Jamaat’ for spreading Covid-19 virus in India.

These are the hard facts of the horrific crime. One can find them in newspaper reports and in the statement recorded in the first information report (FIR). One can hear them from the investigating police officers and the family of the deceased.

However, these hard facts are being denied by a section of the media and an influential section of social media commentators by misusing a tweet by the official handle of the Prayagraj police.

This man is spreading fake news, even after @prayagraj_pol clarified in its official statement that 8 people have been arrested and there is no communal angle. @Uppolice @Twitter please take note. pic.twitter.com/L3e5XWA2At

Many people criticize the Yogi govt for various reasons.
However one has to admit that the Uttar Pradesh Police is doing a fabulous job at immediately quashing all the fake news peddled by the usual suspects.
Thank you @prayagraj_pol @saharanpurpol ð
Attaching fake news pics pic.twitter.com/nJOeatV0z4

A close scrutiny of the tweet, along with facts of the case, easily debunks any claim that the murder had “no communal angle”.

Here’s a Swarajya investigation of the case:

An FIR in the case (number 0127) was registered at Kareli police station in Prayagraj district on 5 April, 2020, around 3 pm.

The statement by Loten’s elder brother Birju says (as translated):

“Around 9 am on 5 April, I was standing at a grocery store near my house along with a group of people, and were we discussing that if foreigners associated with Tablighi Jamaat had not come to India, the Corona virus would not have spread in the country. Sona, son of Kadeer, began to abuse me. When I told him not to, he threatened me saying he would teach us a lesson and left. He returned with a group comprising Sadiq, Sebu, Zakir, Noor Akhtar, Naushad, Shadaab and Farooq, Naushad and Farhan and six-seven unidentified people. They all had pistols, rods and sticks and launched at attack on us with abuses. Sona said that these Nishads should not be spared. Farooq appealed that we should be killed. Just then, Naushad fired a shot which hit my brother Loten in the head. He died on the spot. The attackers kept on firing and chasing us till we entered our houses. They also thrashed my wife Santoshi and daughter Manisha as well as our neighbour Deshraj and others. We somehow managed to save our lives. The attackers had conspired and killed my brother.”

Later, Uttar Pradesh chief minister Yogi Adityanath directed authorities to charge the accused under the National Security Act (NSA) as per reports. He also reportedly announced an ex-gratia of Rs 5 lakh for the family of the deceased.

What the deceased’s brother told Swarajya

Birju, 38, told this correspondent that Loten is survived by his wife and three children – the youngest is just five. Like Birju, Loten was a labourer.

Birju said that around 9 am on Sunday, yesterday, he saw 15-20 men armed with rods and pistols charging towards his colony. “Loten had just come out of bath and was going to the kitchen to prepare tea. Both my wife and Loten’s wife were in the field. When he saw some men pointing a pistol at my head, he came to rescue me and was fired at,” said Birju.

“His skull opened and he died on the spot.”

Birju said that fifteen minutes earlier, there had been a scuffle between “Hindus and Muslims”.

“Former pradhan of village Deshraj Akela commented while reading a newspaper that it is the foreigners associated with Tablighi Jamaat who are spreading Corona in India. The lone Muslim man sitting in the group slapped Deshraj for saying this. It was so hard that Deshraj began to bleed. The men from our side reacted, saying this calls for a police case. They dialled the police’s number there itself, but the call did not go through. After that, the group dispersed,” Birju told this correspondent over the phone.

“I was not present at the spot when it happened, but came to know about it as some men from our side continued to dial the police’s number. None of us however expected that Muslims would soon return to attack us,” he said.

Birju said that even though the village is “70 percent Hindu and 30 percent Muslim”, the latter dominate. “Unka hi dabdaba hai. Hum kamaane-khaane wale log hain. Wo paise wale hain. Unke paas hathiyar hain. Hum weak party hain [They dominate us. We have a hand-to-mouth existence. They are rich and have arms. We are the weak party],” he said.

“Hindus of our village live in perpetual fear. There are many men from the Muslim community who have scores of police cases against them, but are roaming free,” he said.

Birju said that most Hindus in the village belong to the Nishad caste, which is notified among the ‘most backward classes’ in the state.

“Hindu families have been steadily leaving the village. Ask anyone around and you will hear about it,” he said.

Birju said that the family has no option now other than migrating out of the village in the coming months. “Dushmani bandh hi gayi hai. Jaana hi padega. Abhi police bhaari sankhya mein tainaat hai. Kal nahi rahegi [we have become their rivals now. We have no option but to go. The police are deployed in huge numbers right now, but they won’t remain here forever],” he said.

Birju said that around 200 cops and security personnel were present in the village on Monday.

This correspondent could not get Deshraj’s contact number till the time of publishing this report. However, his statement given to several news channels corroborates Birju’s version.

The newspaper has quoted Prayagraj Circle Officer Amit Srivastava as saying, “During preliminary investigation, it came to light that the victim today made allegations that a particular community and Tablighi Jamaat members are responsible for spreading coronavirus, during a discussion with neighbours. Members of the other community objected to the remarks following which heated arguments took place.”

The headline of the case’s report in today’s Hindustan Times says, ‘Man killed in UP after argument over Jamaat event’

The newspaper has quoted SSP Satyarth Anirudh Pankaj as saying, “They allegedly had an argument while reading a newspaper, following which some persons attacked another group and opened fire. Sonu and Qadir were arrested and raids were being carried out to nab some others, named by Nishad’s kin.”

Besides English newspaper, Hindi newspapers such as Amar Ujala and Dainik Jagran have carried details reports of the case, which are on similar lines.

It’s quite clear from these numerous versions that Loten Nishad was killed in a communal crime. In fact, the killers also harboured casteist hate against him. The murder has evidently created communal tension in the area.

From where, then, did the claims that the crime had no communal motive emerge?

After the crime created a sensation on social media, the Prayagraj police’s Twitter handle responded to several users. The police’s tweet said (as translated) said, “The deceased and the accused side are both neighbours. No information of any of the parties being associated with Tablighi Jamaat has come to light.”

If one reads closely, the police are only denying the accused’s personal association with the Islamic organisation ‘Tablighi Jamaat’ and not denying the motive of the crime involving the organisation.

It’s not known what prompted the police to put out the post, given that the users were not making the claim in the first place. However, one assumes that the police were trying to fight any likely misinformation linking the accused to the organisation.

A query in this regard made to the police went unanswered.

Dear @PrayagrajSsp please have a look. Your police is busy clarifying something that was not even claimed in the first place, and secondly you can't be sure.

To use the police’s post to say that the crime had no communal motive, however, is nothing but a deliberate act aimed at misleading the reader and white-washing the communal crime.