Why Shaheen Bagh Is ‘Jihad By Other Means’; Time To End It With Strategic Intent 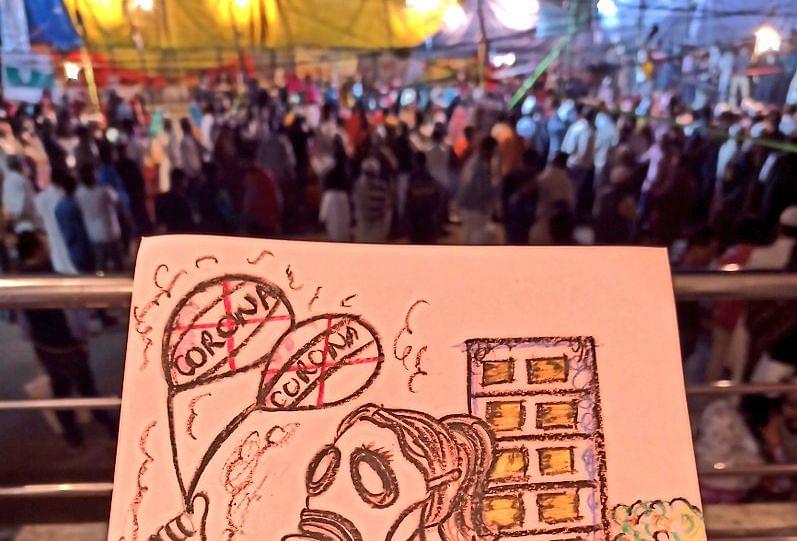 The refusal of the Shaheen Bagh protesters to pack up and leave despite a Delhi government ban on the congregation of 50 or more persons to prevent the spread of the Covid-19 virus should open everybody’s eyes.

This is not some dadi-led agitation against the Citizenship Amendment Act (CAA), but a form of passive-aggressive Jihad that is being innovated in India.

Jihad is part and parcel of Islamic thinking, and it is characterised by an ultimate willingness to sacrifice and die, and this is precisely what the protesters are hinting at.

They are directly and indirectly saying that they don’t mind braving the threat of Covid-19 in order to achieve their aims.

If the protesters aren’t even listening to their most vocal media supporters, something is clearly going on underneath that we don’t know much about.

The aims of their handlers have been clear for some time now. It has been to allow provocative speakers to take centerstage even while talking peace and secularism. The idea is that when the government attempts to clear the protest site by force, they can capture the events on video, showing “police brutality” or ‘high-handedness”.

This will create the necessary momentum for further protests and street violence till it escalates beyond control. After that, victimhood narratives can be spun once more, and an intentionally blind media — both domestic and global — will start labelling it as another state-sponsored “pogrom”.

The hope is that at some point, the Indian government’s resolve will crack, and the passive-aggressive Jihad of Shaheen Bagh, including its copycat protests elsewhere, will have won.

But let us be clear: this is not a “peaceful” protest. Nothing that involves forcibly occupying public spaces for months on end can be labelled as anything other than dadagiri. Or dadigiri. The use of the Shaheen Bagh platform (not to speak of the Jamia and Aligarh Muslim University campuses) to make aggressive anti-government and anti-Hindu speeches effectively debunks the myth that the protests were or are peaceful.

The word implies that a Muslim can show one face to the public while carrying on a different agenda.

In the Indian context, it merely means fooling those that are willing to accept their peaceful professions of secularism at face value.

Thus, readings of the preamble went hand-in-hand with Islamist sloganeering. This is exactly what Shaheen Bagh has been about. Taqiyya.

It is important for the Indian state to be clear that the ultimate logic of Shaheen Bagh (and the post-CAA protests) is to scale-up the ability of the minorities to block any political or economic decision taken by the Centre or states.

This was the kind of blocking capacity that Mohammed Ali Jinnah wanted if he was to drop his demand for Pakistan. The Cabinet Mission Plan that he willy-nilly accepted in 1946 was torpedoed by Jawaharlal Nehru.

The Shaheen Bagh model, if allowed to succeed, will result in a Muslim veto in post-partition India. It will inevitably lead to a third partition at some future date, as Muslim demographics change in some states.

The only thing to do is to dismantle Shaheen Bagh and the idea behind it. Home Minister Amit Shah, using the Covid-19 opportunity, must close down the protests by sending in a women-only corps that physically picks the protesters up and moves them outside the zone.

They should also be tested for Covid-19, and put in quarantines if found to be testing positive.

The police need to be extremely careful, for one cannot rule out the possibility of violence by the forces backing the dadis. The trouble-makers could easily have booby-trapped the place, so that any fireworks can be blamed on the police. The police need to be prepared with video cameras and witnesses of their own who can then give the lie to whatever is claimed by the protesters.

The time to snuff out Shaheen Bagh is nigh. With care. With determination.