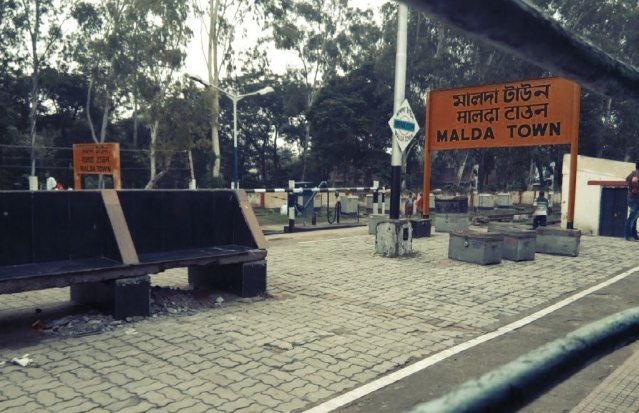 Since 1947, it has remained a Congress bastion and the fief of one family that has become synonymous with the politics of Malda. That, however, could change, when the two eponymous constituencies of this district that abuts Bangladesh to its east and Bihar and Jharkhand on its west goes to the polls on April 23.

But first, a brief history of Malda. Many centuries before the British arrived and laid the foundation of Kolkata, Gour (also known as Gauda) was the capital of the eponymous kingdom of ancient Bengal. Gour finds mention in puranic texts and was part of both the Maurya and Gupta empires before the Pal and Sen dynasties ruled the rich province for more than six centuries.

Bakhtiyar Khilji defeated the Sen king in 1204 and Bengal came under Muslim rule for the next five and half centuries till Robert Clive defeated Siraj-ud-Daulah in the Battle of Palasi in 1757. The Muslim kings had renamed Gour as Malda, and the name continues to this day.

Post Independence, Malda Lok Sabha constituency was represented by three Congress members of Parliament (MPs) for the first four terms (1952 to 1971) and thereafter by Communist Party of India Marxist or CPI(M) for two terms (1971-1980). Since 1980, this constituency gradually became synonymous with Abu Barkat Ataur Ghani Khan Choudhury (popularly known as ‘Barkatda’) who was elected for a record eight terms to the Lok Sabha from Malda until his death in 2006.

Barkatda, a staunch Congressman who was close to Indira and Rajiv Gandhi and held important portfolios like railways and energy in the Union cabinet, left his indelible mark on Malda. Even after his death, the sprawling family mansion (referred to as Kotwali) from which he lorded over the entire Malda district continued to play a pivotal role in Malda’s politics.

Barkatda still commands the undying loyalty and respect of Malda’s citizenry for the work he did to develop the constituency. As railway minister, he is credited with making Malda a rail hub and divisional headquarters, and providing employment to thousands in the public sector behemoth. He was also behind many development projects that the district, where Muslims constitute 52.5 per cent of the population, witnessed.

Murmu joined the BJP last month and is now the saffron party’s candidate from Malda Uttar Lok Sabha seat. The Ariadanga, Maldah, English Bazar and Manikchak assembly constituencies have always witnessed tough battles between the Congress and CPI(M), while Kaliachak and Sujapur have been loyal to the Congress over the decades.

Malda also has a unique political history. Down the decades, while the electorate has always favoured the Congress in the Lok Sabha elections, it has voted for the CPI(M) in the state assembly and panchayat elections. This has churned the adage that Malda’s electorate always cast the ‘boro’ (big) vote — meaning the Lok Sabha — in favour of the ‘boro bari’ (the mansion, meaning the Kotwali). Since the rise in power of the Trinamool, too, this political tradition has remained unchanged.

While the Trinamool has managed to grab a couple of assembly seats since 2011, Malda electorate’s preference for the Congress when it comes to the Lok Sabha elections remains unchanged.

Barkatda’s younger brother Abu Hasem Khan Choudhury (Dalu) succeeded him and was elected from Malda Lok Sabha seat (on a Congress ticket) in the bypolls necessitated by his elder brother’s death in 2006. Before that, Dalu had been elected from the Kaliachak assembly seat in 1996 and 2001.

Before entering the Lok Sabha in 1980, Barkatda had contested and won from Sujapur assembly constituency (part of Malda Lok Sabha seat) for five consecutive terms from 1967. Barkatda got his younger sister, Rubi Noor, to contest and win Sujapur as a Congress candidate for four successive terms in 1991, 1996, 2001 and 2006. After her death in 2008, her daughter Mausam Noor debuted in electoral politics and won the bypolls from this assembly constituency the same year on a Congress ticket.

Malda Lok Sabha seat was bifurcated into two — Malda Uttar (North) and Malda Dakshin (South) Lok Sabha seats — by the delimitation commission in 2009. Mausam Noor was fielded by the Congress from the Malda Uttar seat in 2009 and she trounced her nearest CPI(M) rival by a convincing margin of more than 60,000 votes.

The Sujapur assembly seat that Mausam Noor vacated after her election to the Lok Sabha in 2009 was won by her uncle (another brother of Barkatda), Abu Nasar Khan Choudhury (Lebu) in the byelection that year on a Congress ticket. Lebu, re-nominated by the Congress from the same seat in the 2011 Assembly polls, won again that year. The Congress was then an ally of the Trinamool, and Lebu became the junior science and technology minister in the Mamata Banerjee government. But the alliance fell apart in September 2012, and Lebu had to resign.

As for the Malda Dakshin seat, Abu Hasem Khan Choudhury (Dalu) won it for the Congress in 2009 by defeating his nearest CPI(M) rival by over 1.36 lakh votes. The BJP candidate came a poor third, garnering just 5.30 per cent of the votes, as against Dalu bagging 53.45 per cent and the CPI(M) candidate getting 37.04 per cent of the votes.

After having to give up his ministerial portfolio in 2012 when his party broke away from its alliance with the Trinamool, a dejected Abu Nasar Khan Choudhury (Lebu) whiled away his time and ultimately defected to the Trinamool Congress in June 2015. This was the first crack, albeit a political one, that occured in the thick walls of the Kotwali.

The Trinamool fielded Lebu as its candidate from Sujapur assembly seat in the 2016 state polls. The Congress got Isha Khan Choudhury — nephew of Lebu and son of Abu Hasem Khan Choudhury (Dalu) — to contest from the seat against his uncle. Isha dealt a humiliating defeat to his uncle, who is now in political wilderness but nursing a deep grudge against his nephew and the Congress.

The Trinamool, which fielded a candidate from this seat for the first time in 2014, got 16.97 per cent of the votes, but the BJP’s vote share went up from 6.67 per cent in 2009 to 8.71 per cent in 2014. Since then, both the Trinamool and the BJP have strengthened themselves in the 2018 panchayat elections, the Trinamool registered wins in most seats and, realising that she was on a very sticky wicket, Mausam Noor joined the Trinamool in late January this year. It is said that her uncle Lebu (Abu Nasar Khan Choudhury) played a large role in influencing her to defect to the Trinamool.

Mausam Noor has been fielded by the Trinamool from Malda Uttar. But a livid Congress has fielded her cousin and son of Dalu, Isha Khan Choudhury, against her from Malda Uttar. The Congress hopes that Malda’s electorate, which has been loyal to the Congress when it comes to elections to the Lok Sabha, will punish Noor for the ‘betrayal’. Congress president Rahul Gandhi targeted Noor while addressing a rally at Malda on 23 March and appealed to the electorate to teach her a lesson for her ‘betrayal’.

This Lok Sabha seat comprises seven assembly constituencies: Habibpur, Gazole, Chanchal, Harishchandrapur, Malatipur, Ratua and Maldah. Habibpur has been a CPI(M) stronghold and the CPI(M)’s Khagen Murmu who has been winning the seat for the last three terms has now joined the BJP. He is the BJP candidate from Malda Uttar Lok Sabha seat.

The BJP has made good inroads here and came an impressive third in the 2016 assembly polls. Habibpur, Gazole and Maldah are overwhelmingly Hindu-majority areas and in this Lok Sabha constituency, Hindus form a majority of 53 per cent of the electorate. Gazole has also been a CPI(M) stronghold, but the BJP has gained strength here.

Political pundits say that this time, the traditional Congress votes will get split between the Mausam Noor and Isha Khan Choudhury. The CPI(M) — or the Left — has a dedicated support base, and in this multi-cornered contest, the BJP’s Murmu enjoys a big advantage. Also, there has been a consolidation of Hindu votes in this constituency, a factor that works in Murmu’s favour.

This time, while Abu Hasem Khan Choudhury (Dalu) is the Congress candidate from Malda Dakshin, the BJP has fielded Sreerupa Mitra Chaudhury, a renowned social worker and women’s rights activist who was earlier with the Trinamool and had contested South Delhi Lok Sabha seat on a Trinamool ticket in 2014. The Trinamool has fielded Moazzim Hossain, who came a poor fourth from the seat in the 2014 elections.

The CPI(M) has not fielded any candidate from the constituency, ostensibly on the grounds that it does not want to divide anti-BJP votes. But the party’s decision has not gone down well with its Left partners, the CPI and the RSP, which have asked how the CPI(M) can fight the Congress in the neighbouring Malda Uttar, but not in Malda Dakshin. The junior Left Front partners may field a candidate on their own.

Over the past five years, the BJP has gained more ground in the constituency and has attracted workers and grassroots-level leaders from the Congress and the CPI(M). Since the declaration of the polls, thousands have joined the saffron party.

This Lok Sabha seat is made up of seven assembly segments: Manikchak, English Bazar, Mothabari, Sujapur, Baishnabnagar, Farakka and Samserganj. Manikchak has elected both the Congress and the CPI(M) over the past few decades, was won by the Trinamool in 2011, but was wrested by the Congress in 2016.

The same is the case with English Bazar, but an Independent won it in 2016. Mothabari and Sujapur have been Congress strongholds, while Baishnabnagar was bagged by the BJP in 2016.

Farakka and Samserganj are both in neighbouring Murshidabad district (another Congress stronghold), but were added to Malda Dakshin Lok Sabha constituency by the Delimitation Commission. Farakka has, for many terms now, voted for the Congress while Samserganj, which was won by the CPI(M) in 2011, favoured the Trinamool in 2011.

Malda Dakshin thus faces a three-cornered contest, but that can also work to the BJP’s advantage. The anti-BJP and Muslim votes are likely to get divided between the Congress and the Trinamool, thus giving an advantage to BJP’s Sreerupa Mitra Choudhury.

Moreover, this women’s rights activist (Sreerupa) has been campaigning aggressively in Muslim mohallas and highlighting the anti-triple talaq legislation brought in by the BJP. This has garnered considerable silent support for her from Muslim women. The BJP’s aggressive pitch for development of this backward constituency is also evoking a good response.

Overall, the BJP has a good chance of bagging both these Lok Sabha seats, though its prospects are brighter in Malda Uttar. If the BJP triumphs in Malda, it will mark a significant but symbolic turnaround in Malda’s history.