Why The Kongu Region Turned Against DMK During Karunanidhi’s Tenure 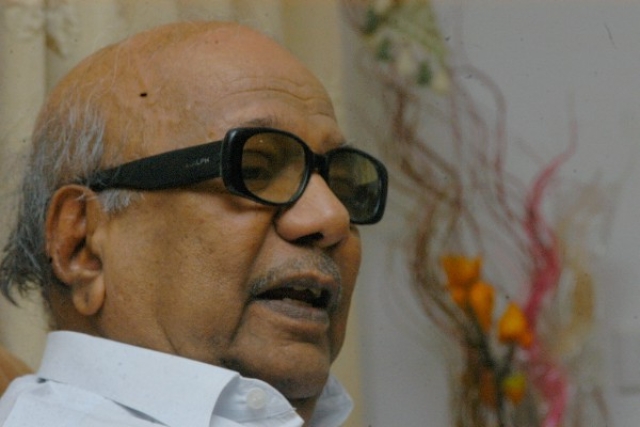 In the 2006 election to the Tamil Nadu Assembly, the Dravida Munnetra Kazhagam (DMK) won 45 of the seats in the Kongu region, or the western districts. It dropped to a lowly seven in the 2011 election and improved by another six to 13 in the 2016 assembly polls. In fact, the Kongu belt was seen as the prime force that saw Jayalalithaa and her All India Dravida Munnetra Kazhagam (AIADMK) better DMK and its chief Karunanidhi’s dream of regaining power.

What has happened in the last 12 years in the Kongu belt that the DMK and the late Karunanidhi have found it a tough nut to crack?

There are quite a few reasons.

First, the DMK has lost some of its stalwarts in the Kongu region. Leaders in the region, like the late C T Dhandapani, a member of Parliament and assembly, who always sported a smile, are no more. Now the party has no worthy leader in the region who can command respect and get the votes for the party. On the other hand, the AIADMK turned smart with its strategies to ensure that it would continue to dominate the region. We will come to this later.

Second, things turned worse for the party after M K Stalin was made Tamil Nadu deputy chief minister in 2009. The near-anointing of Stalin resulted in some of the veteran and powerful leaders being sidelined. Some strong ones like former minister Pongalur Palanisamy and M Ramanathan, who also represented the party in Parliament and assembly, have been sidelined. Lobbying and favouritism have taken over, such that the party is unable to make much headway in the region.

Third, and very importantly, the region is yet to forget the nightmares it had to face during the 2006-2011 DMK rule. In that period, Tamil Nadu faced shortage of power, and the Kongu region was the worst sufferer, undergoing 12-14 hours of power cut. The Kongu belt is an entrepreneurial one and the power shortage hit many an industry, leaving almost the entire population livid. Many protests and rallies were held during the period, and even DMK cadre and supporters took part in them. Charges of the party’s alleged inefficiency in overcoming power shortage are refusing to go. It could take a while before people can forget the power shortage nightmare, but it still lingers to this day. People are also yet to forget, like in southern Tamil Nadu, land grabbing in places like Erode and Namakkal.

Fourth, the industrial scenario hasn’t seen much improvement in the region, though the DMK was seen as instrumental in getting some good investments in and around Chennai. This is one issue that is irking the industrious entrepreneurs of the region – the feeling that being part of the centre during 2004-2014, the DMK should have done more. The obvious pointer of its failure is the effort of the National Democratic Alliance setting up a defence industrial corridor, which is seen as benefiting the region immensely.

Fifth, the dominant Gounders in the region have never supported the DMK. The Gounders had been supporting the Congress until the advent of M G Ramachandran with his Anna Dravida Munnetra Kazhagam. Besides, the AIADMK has been successful in a strategy to get the votes of Arundhathiyars, who belong to the Scheduled Castes. These two communities solid backing of the AIADMK have gone against the DMK.

Though the party was part of the NDA, led by the Bharatiya Janata Party during Atal Behari Vajpayee’s regime, the DMK’s strategy after its defeat in the 2001 assembly election has been pro-minority. Since quitting the NDA, the party has gone all out to keep the minorities happy. Since the region is a little sensitive on the religious issue – it has seen the 1998 bomb blast in Coimbatore, communal riots in 1996 – the DMK’s pro-minority stand puts it at a disadvantage. Moreover, the DMK also diluted the 1998 Coimbatore bomb blasts cases against Muslims. This, besides the atheist outlook of the DMK hasn’t endeared the party towards a majority in the region especially Gounders, who are devout Hindus.

On the other hand, the AIADMK has got its strategies right in the region. According to P Ramajayam, who wrote for The Hindu Centre for Politics and Public Policy, the ruling party had at least half a dozen ministers with power portfolios in the 2011 Cabinet including industries, public works, highways, and higher education. Even in the current government, the region is well represented with key ministries. If AIADMK’s victory margin had dropped in 2016 compared to 2011, it was because of the consolidation of the non-Gounder vote.

During Karunanidhi’s time, the DMK saw its grip on the Kongu region loosen. Can it change during the leadership of M K Stalin? With the Kongu belt well-represented in the current Edappadi K Palaniswami government with key ministries and the chief minister himself hailing from the region, the DMK has a tough task on its hand.