Why The Mumbai Police Order Under Section 144 CRPC Is Problematic 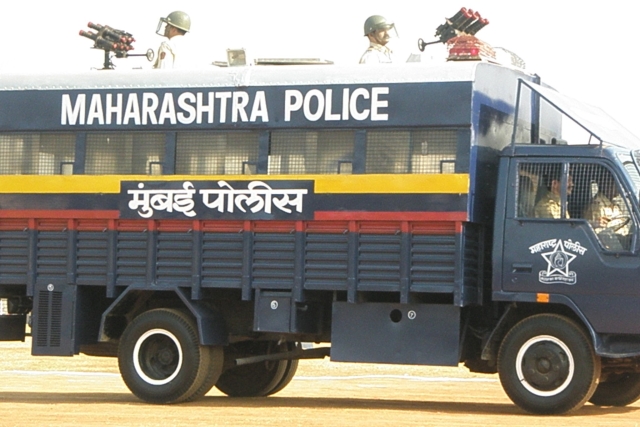 In exercise of powers conferred by Section 144 of the Code of Criminal Procedure (CRPC), the Mumbai Police has issued an order, operative from 25 May, and upto 8 June, which seeks to prohibit dissemination of such information through social media platforms which causes panic and confusion, is found to be derogatory and discriminatory towards a particular community or which incites “mistrust” towards government functionaries and their actions taken in order to prevent the Covid-19 spread, and thereby causing danger to human health or safety or disturbance to the public tranquility.

It also makes the group admins personally liable for dissemination of any such information by any member. The order can be accessed here.

This order suffers from several constitutional and legal infirmities.

It travels much beyond the scope of Section 144 of the CRPC and can be called in question on several grounds.

A reading of Section 144 would reveal that it confers upon the authorities, very wide powers. These powers can be invoked in cases where there is an apprehension of danger to human life, safety, public tranquility, etc.

It is also settled that the orders under this provision can be issued to any individual or to the public at large and applied in large areas.

However, clause (3) of Section 144 makes it clear that such orders can be issued to the public generally when frequenting or visiting a particular place or area.

One would thus come to realise that the concerned order of the Mumbai police has nothing to do with restraint on visiting particular areas. Rather, it imposes restraint on the exercise of the right of free speech on social media.

It may be argued that messages on social media may incite violence or disturb public tranquility; however, an order of this flavour clearly falls foul of Section 144 read as a whole.

Assuming without admitting that there is nothing wrong with the order on the procedural counts, on the substantive counts, it is seriously flawed.

The sweeping ambit of the phrases and terminologies used in the order make it manifestly arbitrary, vague, and unreasonable.

How will the words, “causing panic” be interpreted?

Reporting true facts may also be implied as causing panic. Vagueness and ambiguity have been recognised by the Supreme Court as grounds to strike down legislations (Shreya Singhal vs. Union of India (2015) 5 SCC 1). This being an executive order, it would be subject to a stricter scrutiny than laws made by the competent legislatures.

The order also makes admins of social media groups personally liable for dissemination of information from such a group.

Any speech which gives rise to “mistrust against government functionaries” and thereby causes danger to human health or safety or disturbance to public tranquility is also squarely hit by this order.

Though the second part of this would act as a kind of a safeguard against arbitrary action, this order would nevertheless have a chilling effect on the freedom of speech and expression which is recognised as a fundamental right under Article 19(1)(a) of the Constitution of India.

It is recognised in our jurisprudence that the law should not be used in a manner that has a chilling effect on the freedom of speech and expression. The excessively wide meanings that can be attributed to the terminologies used in this order would undoubtedly have a chilling effect on free speech.

Even if we are to disregard the chilling effect doctrine, the order still suffers from manifest arbitrariness, which has been recognised by the Supreme Court in numerous cases now, as a ground to strike down both plenary and subordinate legislation.

Undoubtedly, this order is a restriction on the freedom of speech. It is settled law that whenever a restriction is imposed on a fundamental right, it has to pass the test of reasonability.

In order to pass this test of reasonability, it is to be established that the restriction has a nexus with the object sought to be achieved. If no such nexus is established, the restriction will be struck down as unconstitutional.

It is also settled that the restriction imposed has to be “least invasive.” Commenting upon the exercise of powers under Section 144, the Supreme Court, in the case of In Re: Ramlila Maidan incident (2012) 5 SCC 1, held that the “restraint has to be reasonable and must be minimal. Such restraint should not be allowed to exceed the constraints of the particular situation either in nature or in duration. The most onerous duty that is cast upon the empowered officer by the legislature is that the perception of threat to public peace and tranquility should be real and not quandary, imaginary or a mere likely possibility. It further observed that “there has to be an objective application of mind to ensure that the constitutional rights are not defeated by subjective and arbitrary exercise of power.”

If we are to assess the recent order objectively in light of all this, we would reach the conclusion that it suffers from serious legal and constitutional infirmities, both on the procedural and substantive counts.

This order “creates” substantive offences by using terminologies which are very broadly worded. It has a chilling effect on free speech, fails the “least invasive” restriction test and also fails the test of proportionality as there is no reasonable nexus with the object sought to be achieved.

This order would undoubtedly have the effect of thwarting legitimate criticism of government. One can only hope that this order is either reasonably amended or withdrawn or that it is struck down by the Court.