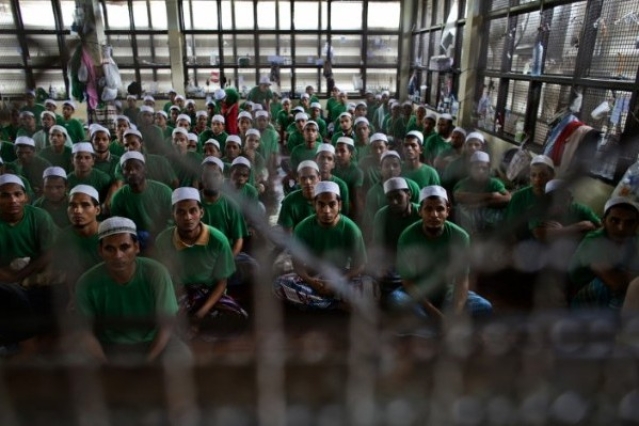 Dr P S Deshmukh, the farmer leader who became our first agriculture minister said, “I am afraid that the definition and the article… would make Indian citizenship the cheapest on earth…” Specifically referring to clause(c) of Article 5, he said, “this has also no reference to parentage, it has no reference to the nationality or the country to which they belong, it has no reference to the purpose for which the person chose to reside in this country for five years. For aught I know, he might be a fifth columnist: he might have come here with the intention of sabotaging Indian independence; but the Drafting Committee provides that so long as he lives in this country for five years, he is entitled to be a citizen of India.”

Referring to the lack of an administrative mechanism to identify foreigners entering India, he said, “I had asked the Honourable Commerce Minister… as to whether there was any register of foreigners coming to India. He said No... Such is the administration that we have. Is it then wise that we should throw open our citizenship so indiscriminately? …I can well understand, if India was a small country like Ireland or Canada (which are held out as models for our Constitution) that we want more people, no matter what their character is or what the country's interests are. But we are already troubled by our own overwhelming population. Under the circumstances, how is it that we are making Indian citizenship so ridiculously cheap? There is no other word for it.”

“There is no use dealing with this in the abstract. If a person has deliberately and intentionally chosen to be the citizen of another country, after the question had arisen, after Pakistan had been declared territory independent from India, then there is no point in conceding citizenship right to such a person,” Iyer added. This would apply equally to a person who left India at the time of Partition and to a person who chose to remain in Pakistan.

Therefore, the framers of our Constitution did not want rules regarding Indian citizenship to be porous filters. While the Indian Parliament could make any law setting out the specific rules, their interpretation and implementation will have to be done keeping in mind this original intent. This is exactly what the Supreme Court of India did when it struck down the Illegal Migrants (Determination by Tribunal) Act, 1983 (IMDT Act).

India had two laws governing citizenship rights. The Foreigners Act, 1946, provided for detecting and dealing with foreigners in the country. The Foreigners (Tribunals) Order, 1964, was framed under this Act to provide for a mechanism to detect foreigners. The Citizenship Act, 1955, came pursuant to Article 11 of the Constitution. It defined and regulated Indian citizenship. These laws were working well till extraordinary events began to unfold in the North-East region after the creation of Bangladesh in 1971. Through corruption, complicity of local communities and political appeasement, lakhs of migrants from Bangladesh not only entered Assam but also got enfranchised. It took more than a decade of massive protests and violence for the ruling classes to recognise the demands of the All Assam Students Union, which was representing the interests of native Assamese.

Both the central and state governments entered into the “Assam Accord” with the students union on 15 August 1985 agreeing, among other things, to identify and deport all migrants who entered Assam after 1971. The Citizenship Act was amended in 1985 to provide for this arrangement. Two years prior to this, however, the Parliament had enacted the IMDT Act and made it applicable only to Assam. The older Foreigners Act, which also aimed to do the same thing as the IMDT Act – identify and deal with foreigners – continued to apply to the rest of the country. The IMDT Act itself claimed that it was being introduced to ensure “speedy detection” of illegal migrants.

Ironically, its provisions were less stringent and more bureaucratic than the Foreigners Act. It lacked some key procedural stipulations that made identification of illegal immigrants difficult and contained unnecessary rules that harassed native Assamese, who wanted to make complaints to the Tribunal regarding illegal migrants. As many as 489,046 Bangladeshi nationals had been actually deported under the Foreigners Act from West Bengal between 1983 and November 1998, whereas under the IMDT Act, only 1,494 illegal migrants had been deported from Assam unto June, 2001. So, Sarbanada Sonawal challenged the constitutional validity of the IMDT Act on the basis that it defeated the very purpose of the Assam Accord and that it was discriminatory against the people of Assam.

When the case was filed originally in 2000, the central and state governments were both run by National Democratic Alliance (NDA), headed by Bharatiya Janata Party (BJP) and Asom Gana Parishad respectively. Not only did they support Sonawal’s pleas in court, but the central government even offered to repeal the IMDT Act. The political dispensations changed in Assam in 2001 and at the Centre in 2004. This led to U-turns in their stands before the Supreme Court. The Congress-led United Progressive Alliance not only withdrew the previous government’s affidavit agreeing to repeal the IMDT Act but also strongly defended it.

This stand was meant to protect illegal migrants for political mileage. It also went against elementary jurisprudence that a government’s legal stand cannot change with political changes. Ultimately, however, the Supreme Court did the obvious thing of striking down the IMDT Act and directing the governments to deal with all cases of illegal migrants under the Foreigners Act. More importantly, the Supreme Court equated the duty of the Union to prevent illegal immigration to its duty under Article 355 of the Constitution to protect states from external aggression.

Currently, a constitution bench of the Supreme Court is hearing arguments regarding the validity of Section 6A of the Citizenship Act which allows immigrants, who came into Assam between 1966 and 1971 to be granted citizenship after a 10-year observation period. In a separate petition filed by a Guwahati-based NGO called Assam Public Works, the Supreme Court has been closely monitoring the process of preparation and updating of the National Register of Citizens (NRC) in Assam.

On 23 September 2014, the Supreme Court wanted the authorities to complete the final updated NRC within 18 months. More than two years after the Supreme Court’s time-limit expired, the government of Assam released the final NRC draft with sufficient safeguards and time for further corrections. If something so fundamental to our constitutional scheme can be a matter of controversy, one wonders if our politicians will stop at any limit.