Why We Must See Constitutional Reforms Through 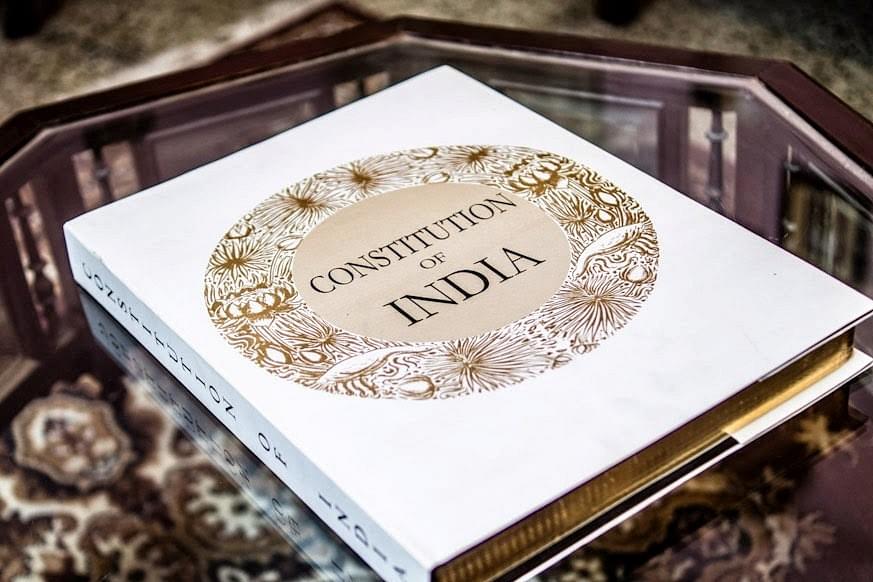 As the second tenure of the National Democratic Alliance (NDA) government draws to a close, many achievements stand out. But in my opinion the most enduring one would be the initiation of goods and service tax (GST) via the 101st constitutional amendment.

Much has been made by the Congress and other opposition parties about the “evil designs” that the Bharatiya Janata Party (BJP) has, regarding constitutional reform. It is a well-hashed talking point that many across political divides indulge in. The BJP’s response to this has been to mostly point out to the long list of constitutional amendments that have been passed by the Congress, or in the case of Ananthkumar Hegde, to apologise for his remarks.

This “deification” of the Constitution is an American tendency to view the foundational document as an incorruptible document which must be protected at all costs. There is nothing wrong with a sentiment that emphasises the sanctity and importance of the Constitution and its text. The problem arises when constitution exponents claim that the document is infallible. It stifles the much needed discussion about constitutional reform by claiming that the proponents of reform advocate the subversion of the Constitution.

Constitutions are only as good as we as a polity can make them. There is no single constitution that is “perfect”. The “ideal” constitution is that which we aspire to achieve, but it is not in the realm of possibility. We have to constantly strive towards that goal, though it will be always seem that it is within our arms reach, but it is ever far. The Constitution of India is an exceptional document, without a doubt that was the result of a combined effort of illustrious people. It, however, is not a perfect document that is beyond reproach.

Every constitution has an amending procedure, by which changes can be made to parts or the whole of the constitution. Our Constitution provides for a differentiated system of amendment under Article 368 - some parts can be amended by a simple majority of the Parliament, other parts require two-thirds majority, yet others require the assent of more than half of state legislatures. Dr B R Ambedkar rationalised the need for such a layered system of amendment by mentioning the necessity to avoid partisanship in constitutional reform.

The additional safeguard of state ratification was necessary for provisions that affect central-state relations and the amendment of Article 368 itself. Our amendment procedure is fairly simple and easy compared to the United States, where each amendment must be ratified by the Congress (or a convention of states called by Congress) and three-fourth of the states. As a result, the United States has a mere 27 amendments in its 220 + year history while the Indian Constitution has had 102 amendments in its 68-year history.

A comparison between them should include the fact, that our founding document is approximately 20 times larger than that of the United States. The number of amendments that the Constitution has had by itself is not a suggestion that we ought not to amend the Constitution again. The truth is that these amendments have resulted in the accumulation of more dead weight, and combined with innumerable judicial interpretations, the Constitution has become tedious and cumbersome.

To illustrate the point, take Article 368. Under clause (3) of the article, amendments were excluded from the purview of Article 13 which defines ‘law’ in Part III, which is concerned with fundamental rights. Essentially, this bars a challenge of a constitutional amendment on the basis that it violates fundamental rights. This is completely untenable with the basic precepts of constitutionalism.

Similarly, clause (4) of Article 368 bars the challenge of any pre-1976 constitutional amendment in courts. This again goes against the conceptions of constitutionalism. This, of course, was the executive reaction to the Kesavananda Bharati decision of the Supreme Court which started the “Basic Structure” doctrine which in itself is problematic. The back and forth between the executive and judiciary over the years is in no small part to blame for the convoluted mess that is Constitutional interpretation today.

The convoluted nature of the Constitution not only complicates matters for administration and governance but also for the common man who seeks to understand constitutional precepts. Far from being a simple and well-understood document, the Constitution has become a imperceptible enigma for the majority of Indian citizens.  This, of course, does not bode well for the Indian Republic. The Constitution ought to be an easily accessible and understood document by the majority of its populace, and not be an indecipherable, boundless document.

The Constitution ought to keep up with the times and circumstances that the citizenry finds itself in. This task ought not to be done by the unelected judiciary by way of ‘creative interpretation’ for that was never the task entrusted to them. That ought to be undertaken by the democratically elected legislatures, who have been assigned that responsibility by the Constitution itself.

There is a vital need to restore certain essential aspects of constitutionalism, along with reforming aspects of the current constitutional machinery to ensure separation of powers and efficiency in governance. The NDA government took a very important step in this direction, but the initiatives must not end there.

There should be a healthy dose of scepticism about the proposed reforms, but only delusion could lead to thinking that they are not necessary, and that talk of such reform is talk of usurping the constitutional schema. Attempting to confuse (1) conversations and dialogue about constitutional reform with (2) the destruction of the Constitution is an uninspired talking point meant to tarnish and stifle. We ought to see through them.

The author would like to thank Gurpreet Chopra for her inputs.