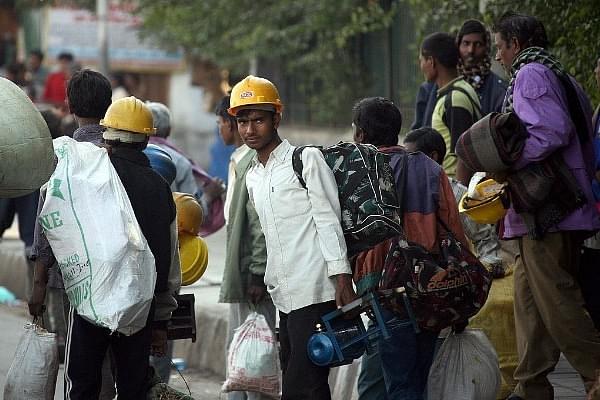 National Association of Software and Services Companies (NASSCOM) president Debjani Ghosh said in an interview to a TV channel last month: “If you just look at the last 10 years, Uber drivers did not exist, social media managers did not exist. So with every industrial revolution, you do have displacement of jobs and new jobs get created.”

Why is this relevant? In the last couple of years, there has been an obsession about job losses: the effects of automation are questioned, the process of digitization is blamed, and then, the government’s efforts in creation of jobs are questioned. Often media reports carry figures of layoffs in thousands (though there are also a good number of reports with figures of people hired, again in the thousands) and that serves to prove their point. Very often we find that even though the main story would be about layoffs, it is often surmise, rather than clinching evidence that it is due to automation or digitization. The sectors usually cited are IT, Finance, Manufacturing and Auto.

Interestingly, the quotes by analysts in the end of the same stories usually debunk the fear. Like in this story where, after the entire analysis about India battling a job crisis, the story finally ended with this quote of the CEO of an American automation services firm: “The change will be dramatic, but ….it will not be catastrophic. Jobs in industries such as IT, BPOs and financial services are not about to disappear, they are simply about to change.”

First, Ghosh clarified that the number of people hired by them remained unchanged compared to the previous year. Then, she went on to talk about the tremendous job opportunities that lie ahead in an industry that needs to reinvent itself. NASSCOM has been working with Boston Consulting Group (BCG) to look at what kind of technologies will have the most immediate impact on job creation. Nine technologies have been identified – with Internet of Things topping the list to generate new jobs – and 55 new job roles are being created by these.

For starters, the Digital India website has listed under ‘careers’ , various openings that are available in e-governance: the Ministry of Electronics and Information Technology (MeitY) is seeking consultants of varying seniority, both for the Centre (National eGovernance Division) as well as all states (State e-Mission Team).

Then, the basics: manufacturing of related electronic equipment, mainly handsets. According to some figures given by the Minister of Electronics and Information Technology, Ravi Shankar Prasad:

Mobile phone manufacturing units in the country increased from two to 120 between 2014 and 2018, and the annual production of mobile handsets increased from 6 crore units to 22.5 crore units; this created 1 lakh direct and 3 lakh indirect jobs.

One of the eight programme pillars of the Digital India programme is `IT for Jobs’. On the website, this section talks about providing training to the youth in skills required to avail employment opportunities in the IT/ Information Technology Enabled Services (ITES) sector. Specifically, the thrust is on smaller towns and villages and also on setting up BPOs in every north eastern state to facilitate Information and Communication Technology (ICT)-enabled growth, with Department of Electronics and Information Technology as the nodal department. Ravi Shankar Prasad claims that in three years, 89 BPOs have started operating today in 27 states, with thousands of jobs created for girls and boys from rural areas, some of who even serve clients from abroad.

A Morgan Stanley report last year – India’s Digital Leap – had forecast that India would grow to a $6 trillion economy by 2027, mainly on the back of digitisation. The report had talked about financial sector revolution, and mentioned that one of the larger gainers from digitisation is the Ministry of Micro, Small and Medium Enterprises (MSME) sector – as cash flow data from the goods and services tax network and digital payments will boost credit to the sector. Hitherto, due to lack of financial data, MSMEs were mostly excluded from the formal banking system. MSMEs currently employ over 100 million people, and with advances in credit flow, their potential to provide jobs will increase manifold.

E-commerce, another gainer from Digital India, also brings potential gains to MSMEs by connecting them to markets. On the other hand, e-commerce in itself, generates employment directly in e-tail and allied sectors such as logistics, warehousing, etc. A KPMG-Snapdeal 2016 report had estimated that this would create 1.45 million of workforce by 2021.

The Common Service Centres (CSCs) created in 1.83 villages digitally deliver services in banking, insurance, land records, bill payments etc. Government has plans to connect e-commerce companies with these, and this could create entrepreneurs in handicrafts, textiles and so on.

Digital skills hold the key to the success of the Digital India programme and these need to be imbibed in the population, akin to the Literacy Mission. Reportedly, the IT ministry is working with NASSCOM on this, and also with NITI Aayog on using artificial intelligence in governance.

Ultimately, like Ghosh of NASSCOM says – as a country, we need to put in time, effort and money into this. All have a role to play in the transformation, and only then will there be jobs, and people skilled enough to take up these jobs. No point obsessing about job losses, which everyone seems to be doing instead.