Will The Youth Factor Be Enough For Chief Minister Pushkar Singh Dhami After The Season Of CM Hat-Trick In Uttarakhand? 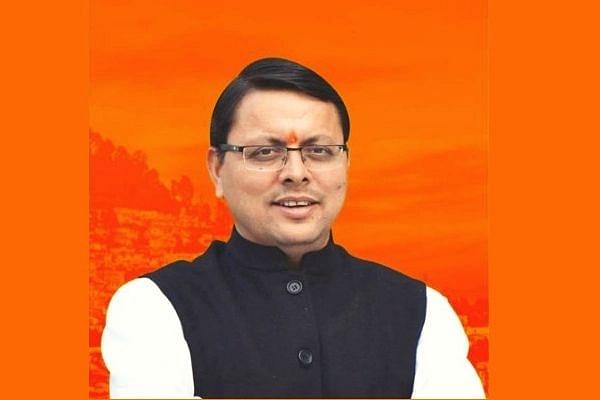 The Uttarakhand government under the new Chief Minister Pushkar Singh Dhami has taken a fresh step towards better insight, closer watch and command on the work and development of the 13 districts.

On 6 July, Dhami posted an official update on making 11 ministers in charge of the 13 districts. It's a healthy indicator of Dhami's intentions towards the workflow in the 13 districts, including those of the Kumaon region.

Leading the BJP to 2022 is one of his responsibilities. At least from the party's own view, Members of Parliament from the BJP would be expected to be Dhami's partners and add to his strengths in the "double engine sarkar". They don't seem to have the leg room for being "a challenge" to him (sections of the media point) -- just because he is the youngest CM.

The new cabinet in Uttarakhand met under the leadership of Dhami after the swearing-in ceremony on 4 July. The cabinet passed six resolutions. Government spokesperson and state minister Subodh Uniyal told the local media that the state government is committed to ensuring a corruption-free administration and "information technology will be used for transparent and fast delivery of services."

The resolution added that the government will provide job opportunities in government services to the youth and facilitate self-employment for youths.

Controlling Covid-19 and the strengthening of health services for the public, uplifting Dalits and empowering women are few among the other resolutions passed by the cabinet.

Ahead of the 2022 state assembly polls, Dhami himself, Subodh Uniyal, Rekha Arya, Dhan Singh Rawat and Ganesh Joshi among others seem to be playing a role in shaping decisions — indicating careful inclusion and participation in the new team.

"I have been working among youngsters and I understand the issues very well. Covid has impacted their livelihood. We will try to make the situation better for them and we will try to appoint youngsters to vacant posts in the state," Dhami has been quoted as saying in his initial statement after taking office.

Here are some aspects that speak for themselves with Dhami's appointment as the 11th CM of the state: age factor — a pop of 'youth' and a generation shift; rise of a worker in the party as MLA and then as CM; of attention to a region — this representation was awaited; Dhami as an alternative (his inclusion and the exclusion of probables is an interesting event within event) in the progression of the BJP towards 2022.

BJP's opposition may not find this change in gear impressive at this point but the appointment of Dhami as the new CM could play a good role in the BJP renewing its energy (even that was looking distant perhaps two weeks back).

Then, caste matters in politics.

What Dhami and the BJP do with the new change — on ground and in perception — would count more for the state than the party and person (in one) before the 2022 polls arrive.

Dhami's own belief and work towards organisational strengths of the Parivar are expected to have a convincing effect on the cadres ahead of 2022.

If Dhami and Uttarakhand BJP look towards Yogi Adityanath-ruled Uttar Pradesh for the fervour pre-2022 and towards Adityanath himself for some politics boosters pre-Harela, in Adityanath's visit or in interactions with him, it could bring a tone changer/change.

He is known to have been close to former chief minister of the state, former Member of Parliament and currently Governor of Maharashtra, Bhagat Singh Koshiyari (and sections of the media say close to Rajnath Singh as well).

The "protege" (a term used by sections of the media in this context) term could be of value to Dhami on a personal front, but it is equally vital to his work in the coming months.

He met former CM Major General (Retired) Bhuwan Chandra Khanduri after being chosen as the new CM. The gesture quickly and automatically triggers emotion and expectations — part owing to Khanduri's reputation and legacy and part owing to what they lend to a or any new CM from the BJP.

Connection with the youth

This is the one given by a senior leader from the AAP. He is Colonel Ajay Kothiyal (retd). In the existing template of youth interaction from BJP's fresh rival, are some interesting aspects.

To begin with, it does not separate one region from another. The interaction is on an emotional plane. It is at a village-to-village level (and automatically covers districts). It covers the pahadi sentiment in good intensity and careful choice of actions. And because it interacts with the youth, it covers the elders of the village in emotion in the same way, same moment, same effort, same initiative.

The difference between "working among youngsters" and working "for" the youth is staring at the BJP in Uttarakhand's current context.

Dhami and the Uttarakhand BJP would perhaps like to tell themselves from time to time that 45 is a good number for age in politics, Uttarakhand politics in particular. Yet, they are very well aware that there is another son of the pahadi soil making an impact with his "youth" demeanour. Plus, that particular leader from another party, a new entrant, is directly interacting with several qualities that come with the pahadi "youth".

Then, within the BJP itself, the age group that Dhami comes from, includes several leaders and CMs who are doing good work in their regions and fields — whether directly on ground, in organisational work sectors and activities of their party, or in creating strengths for the party alongside their work.

Kumaon was the highlight during the days and month when developments centering former CM Trivendra Singh Rawat's resignation thickened. Garsain arose as the centre of emotion.

When Tirath Singh Rawat entered the scene as the next CM, he gave indications that his predecessor's decision of making Garsain the third commissionerate would be overturned.

The two Lok Sabha elections fought under Narendra Modi's leadership helped the party change the perception on regional politics within Uttarakhand, but the perceived "discontent" simmering in parts of Kumaon took over the political narrative in the state earlier this year.

Another perception — that the CMs from Garwhal think from and about Garhwal — got louder in sections of the local media — making the party seem like it was standing on loose mud over a slope.

Sections of the local media have been saying that Dhami's becoming CM will help the BJP counter Congress leader Harish Rawat's influence and the influence of the Congress in Kumaon.

The so-called influence did not work against the BJP in a "wave" Lok Sabha election, but state assembly is a different pitch.

Kumaon and the youth of Kumaon have expectations from Dhami. Dhami's own presence as CM and how it works here on for the BJP in the presence of a competitive Congress, a third aspiring entrant from outside of the Congress and the BJP, is of more importance here on.

People of the Tharu community in Khatima, from where Dhami comes as MLA, have "rejoiced" Dhami's becoming CM. Dhami, a member of the community says in this report, would eat in their homes and "doesn't differentiate between the tribal and non-tribal".

They now expect him to address the problem of unemployment in the youth of the Tharu community.

People in Kumaon, just as people in Garhwal, have concerns of local and community importance. Looking towards 2022, Dhami's first chance could be the first for his party as well. You are as good as your last majority.