With CBI Raiding Another Bengal Minister’s Residences, Noose Seems To Be Tightening Around Trinamool’s Neck 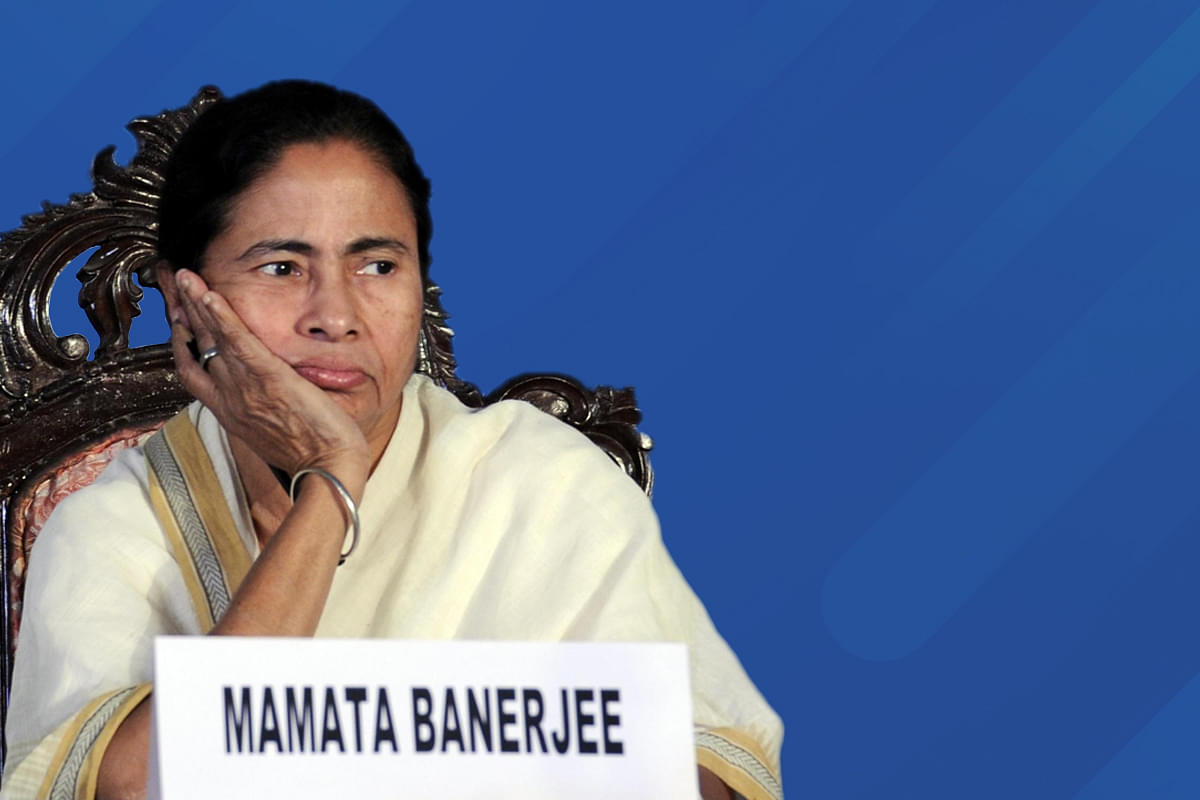 The Central Bureau Of Investigation (CBI) is currently conducting searches on three residences of Bengal law minister Moloy Ghatak to gather evidence of his involvement in a coal smuggling case.

A number of top Trinamool leaders are alleged to have been involved in the scam in which coal was pilfered from mines owned by the public sector Eastern Coalfields Ltd (ECL) in the state and sold to brick kilns and private factories. The scam is believed to have generated thousands of crores of Rupees.

A former senior functionary of the Trinamool’s youth wing, Vinay Mishra, is alleged to be the kingpin of the scam. Mishra, who was very close to the party’s crown prince and Mamata Banerjee’s nephew Abhishek, fled the country, renounced his Indian citizenship and is now believed to be a citizen of Vanuatu Island in southwestern Pacific Ocean.

Apart from the four properties belonging to the Bengal law minister--three in Asansol and one in Kolkata--the CBI is currently searching four other properties in Kolkata. The raids started this (Wednesday) morning.

Ghatak had been summoned earlier by the Enforcement Directorate (ED), which is also probing the coal smuggling scam, to Delhi for questioning. While he had responded to the summons that time, he reportedly disregarded several subsequent summons.

Senior CBI officers told Swarajya that questioning of several ECL officers and others involved in the scam threw up Ghatak’s name. The officers claimed that the agency possesses enough evidence to proceed against Ghatak.

Ghatak, a lawyer himself, is the latest in a long list of senior Trinamool functionaries who have been raided or arrested by central agencies for their involvement in various scams that have rocked the state ever since the Trinamool came to power in 2011.

A few other Trinamool leaders are allegedly involved in the coal, cattle smuggling and cash-for-jobs (in the education department) scams.

The arrest of senior Trinamool minister and close Mamata aide Partha Chatterjee for his involvement in the cash-for-jobs scam, and the recovery of huge amounts of cash and valuables from the residences of his associate Arpita Mukherjee in late July had severely embarrassed the Trinamool.

Even as the Trinamool was reeling from the shock of Chatterjee’s arrest and recovery of the mounds of cash and jewellery, it suffered a massive blow with the arrest of its strongman Anubrata Mandal.

Mandal was also very close to Mamata Banerjee. And the unearthing of a lot of evidence about his ownership of many properties, including industrial units, was seen as proof of his involvement in the cattle smuggling and other scams from which he amassed such a lot of ill-gotten wealth.

Mamata’s heir apparent and nephew Abhishek Banerjee, his wife Rujira, her sister and brother-in-law are under the scanner of the central agencies and have already been interrogated. It is learnt that evidence is piling up against them for their involvement in the coal mining scam and other cases.

But that’s not all. The Calcutta High Court directed six close relatives of Mamata Banerjee--her brothers, their wives and their children--to file affidavits by November 11 listing their properties and assets.

The HC order, passed by a division bench comprising Chief Justice Prakash Srivastava and Justice Rajarshi Bharadwaj Tuesday (September 6), came on a petition filed by a BJP leader who alleged that the chief minister’s close relatives had amassed a lot of ill-gotten wealth after she became the chief minister.

Sources in the Trinamool’s legal cell told Swarajya that this order has the potential to cause a lot of trouble for the chief minister.

“After the affidavits are filed, the High Court may ask central agencies to scrutinise and probe their (Mamata’s relatives’) actual assets and in case any glaring discrepancies are detected, it will directly affect and tarnish the chief minister’s image,” said a Trinamool leader.

Also, apart from the scams that Abhishek Banerjee is allegedly linked with and is being probed by the central agencies, the latter are also collecting details of his assets. Abhishek Banerjee is accused of amassing wealth grossly disproportionate to his known sources of income, say ED sources.

Wednesday’s raid on state law minister Moloy Ghatak indicates that the noose is tightening on the Trinamool’s neck. As the probes by the central agencies in various scams in Bengal near completion and reach the courts, the Trinamool’s troubles are only set to increase manifold.