With Imran Khan At The Helm, A New Opportunity To Improve Indo-Pak Ties 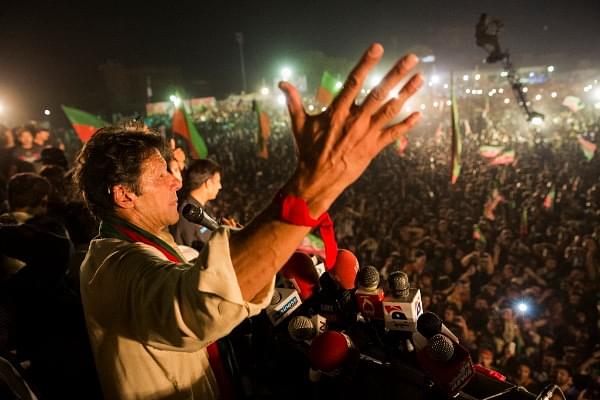 Honoré Gabriel Riqueti, Count of Mirabeau and one of the founding fathers of the French Revolution, once observed that the former state of Prussia “is not a state that has an army, rather an army that has a state”. This incisive observation has also been attributed to Voltaire. Several thinkers of eminence have noted that if this statement were to apply to any contemporary nation, it would be Pakistan.

One only has to study the history of that troubled country to know that none of their ‘elected’ leaders has ever completed their terms in political office. Most leaders are either executed or jailed by the deep state (the Pakistani armed forces, Inter-Services Intelligence [ISI] and even the judiciary) after a coup. The more fortunate manage to bribe their way out in exchange of being ‘exiled’ to a foreign country, where they live in great luxury. Occasionally, army generals who led coups to seize power themselves become victims of coups led by other factions in the army. If the deep state does not eliminate them, the Islamist extremists, once again ably supported by a faction in the army and the ISI, will conduct an assassination, citing a myriad accusations such as treason, blasphemy, and of being a foreign (United States/Israel) agent.

The deep state in Pakistan has ruthlessly applied extreme measures at regular intervals, such that they serve as a warning to those who erroneously presume that their positions of power and their tenure in political office are a licence to develop a mind of their own. The knowledge that they can be summarily eliminated perennially looms over each and every elected leader in Pakistan and makes them operate with the utmost caution, such that they do not disturb the existing 'equilibrium' as determined by the powers that be.

This inglorious tradition continued as Nawaz Sharif was ousted from office and debarred from ever holding public office again, without being afforded the privilege to challenge the charges against him and instead being sentenced to 10 years’ imprisonment.

The motives behind the announcement of fresh elections may seem perplexing when Sharif could easily have been replaced by a high-ranking army official. A plausible explanation may be that the Trump administration in the US has been getting tough with Pakistan by blocking their financial aid for inaction against the Haqqani terror network. The army knows that any semblance of a coup will garner bad press and probably even push them further away from their benefactors in the US, from whom they need millions to fight the perennial ‘war on terror’, a euphemism for anti-India operations. The election of a candidate who may seem liberal is essential for them to propagate this illusion that reform is taking place.

The election was marred by allegations of widespread poll rigging, strong arming of political parties by the army, and press intimidation. A series of terror attacks, including the bomb attack in Quetta on election day, caused 212 individuals, including political candidates, to perish. The presence of Islamic extremist candidates from Milli Muslim League (MML), the political front of Jamaat-ud-Dawa, led by the United Nations-designated terrorist Hafiz Saeed, was also a reason for concern.

After all the chaos, the results were out – and Imran Khan is the next prime minister. Before we can leap with joy over Khan’s victory, we have to look back at his campaign speeches. Khan pandered to the worst variety of Islamic fundamentalists by involving blasphemy laws and proposing an Islamic rather than a secular, welfare state. He stuck to the old cliché of blaming the US for Pakistan’s problems with terrorism, and slammed liberal voices in Pakistan as scum.

In his victory speech, Khan sang a different tune. He said that he was saddened by the way the Indian media projected him and that he felt good relations and trade ties with India were essential for a poverty-free subcontinent. While Khan, the individual, may have felt warmly for India, Khan, the politician (puppet of the army), irrespective of what he says, will not be allowed to differ with the deep state.

We have been here many a time, when new leaders on either side have come to the desk with fresh optimism of improving ties, only to have it both literally and metaphorically blow up in smoke and flames. The deep state has positioned itself as the sole and incorruptible defenders of the people, since elected leaders are seen as dishonest and untrustworthy. They also push propaganda against India that leads to paranoia among the people of Pakistan, who again feel that the army is their sole protector should India attack Pakistan. It is, therefore, in the interest of the Pakistani deep state that relations between the two countries remain turbulent.

So, how does India react to the new prime minister knowing all that it knows over the decades?

One school of thought suggests that nothing will ever come out of this. It makes sense to just continue our diplomatic distance and make no new effort. But there is another way out of this. India could play along with Khan’s claim that if India moved one step, Pakistan would move two steps and show willingness to commence talks. Beyond the photo-ops and pageantry, India will have to be very disciplined, terse, and focused in its demands.

The following demands must be placed before Pakistan, each of which must have a time frame for achievement.

* The immediate release of Kulbhushan Jadhav, who has been languishing in a Pakistani prison despite a verdict in the international court

* The immediate arrest of 26/11 mastermind Hafiz Saeed, and allowing Indian law enforcement agencies to question him

* The immediate arrest and handover of Dawood Ibrahim

It is perfectly obvious that these requests will be dismissed with disdain. India can then use this as a reason to condemn Pakistan and apply these measures:

* Lead a global coalition to declare Pakistan a terror state

* Strike a deal with President Donald Trump to offer tariff relaxations in Indian markets in exchange for tough sanctions on Pakistan, and take help in isolating Pakistan

* Improve relations with all neighbours to isolate Pakistan

* Reduce trade between the two nations to a minimum

* Counter every bit of propaganda by Pakistan against India

* Be vocal in support for Baluchistan and condemn the Pakistani insurgency

* Stop the broadcast of Pakistani channels on Indian soil

Cynics will suggest that tough measures will only make matters worse, but the truth is that India-Pakistan relations are at an all-time low. Pakistan is already playing dangerous games in Kashmir. Most importantly, we cannot win over a monster by appeasement; it has to be tamed by hard actions.

Getting tough with Pakistan may also be an opportunity to help Khan if he really wants to bring about change but is constrained by the army. Isolation from the international community will have severe consequences on Pakistan, especially their economy, which is already soft. This may leave the army with no other choice but to allow Khan to cooperate with India.

If India is to go down this path, it will not be easy or swift. There will be a great deal of opposition among peaceniks within our country that will use the media to run a campaign to deter the government. But a great deal of courage, perseverance, and patience may help in taking one giant step that begins a long journey towards peace.