With Shiv Sena In Self-Destruct Mode, BJP Has Its Work Cut Out In Maharashtra 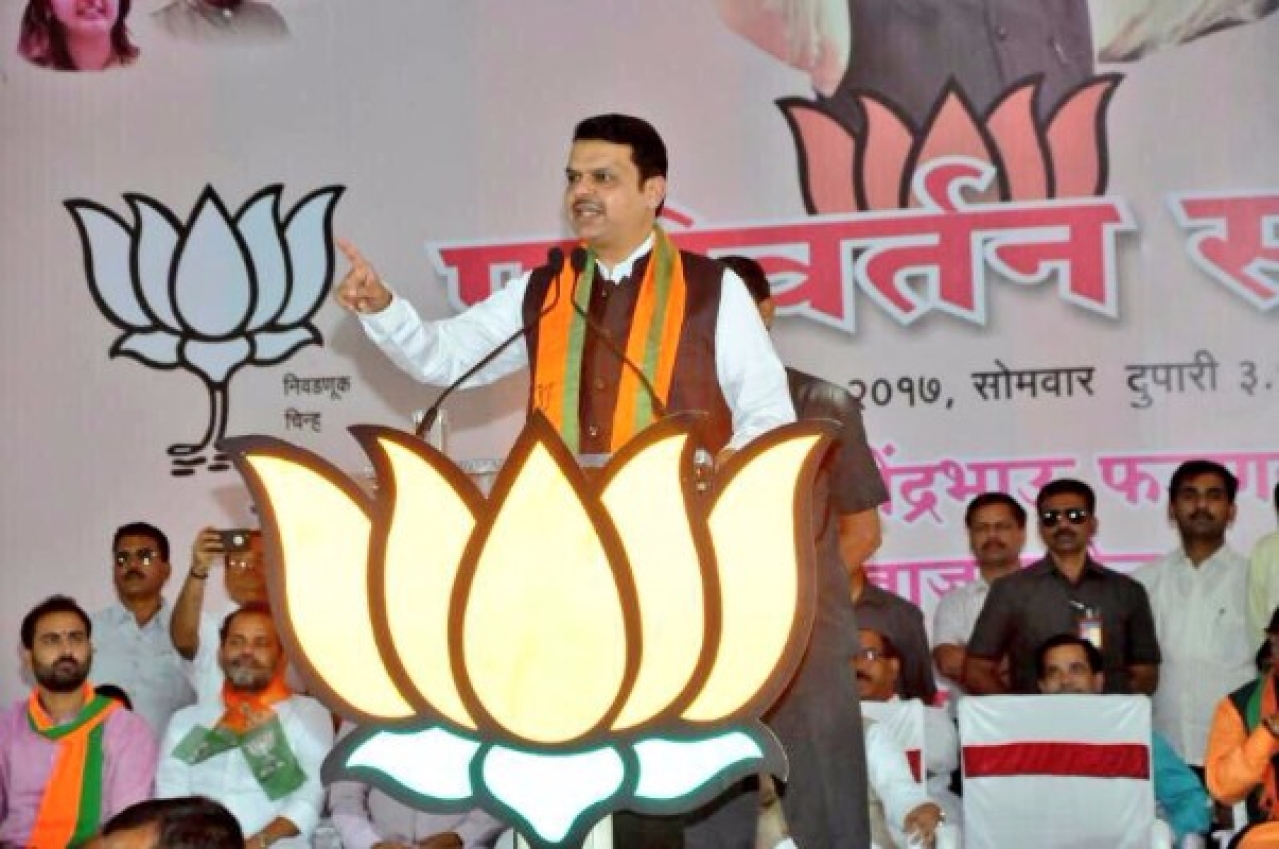 You know a political party is going through an existential crisis when it becomes shrill and takes one illogical position after another, or when it cuts off a nose to spite the face. The Shiv Sena is exhibit No 1.

For the last four years, ever since it became a distant No 2 to the Bharatiya Janata Party (BJP) in the 2014 assembly elections, the Shiv Sena and its chief Uddhav Thackeray have been busy attacking the BJP and the Narendra Modi-Amit Shah power duo every now and then. The Sena has not lost any opportunity (read here, here, here, here, here, here, here, here, here) to embarrass the National Democratic Alliance (NDA), including most recently by daring Modi to bring in a law to begin constructing the Ram temple in Ayodhya before the 2019 general elections.

Yesterday (6 January), the Sena, which claims to be a party of Hindutva, went further and said it would oppose the Citizenship Amendment Bill, which will fast-track citizenship for minorities (defined as Hindu, Sikh, Jain, Buddhist and Christian) who had to flee persecution from the neighbouring countries of Pakistan, Bangladesh and Afghanistan. While the BJP is committed to the bill, if the Shiv Sena throws a spanner in the works, it will be working against Hindu interests just to embarrasses the BJP.

Since this is a pathetic state for any party to be in, it now seems likely that the party will choose to fight the 2019 elections alone. The BJP has already indicated that it may consider dumping its recalcitrant ally if it does not behave. At a meeting of party workers in Latur, Chief Minister Devendra Fadnavis said the party should target 40 seats in the next elections (out of 48) if the Sena alliance does not work out. Party president Amit Shah made it clear that “if our allies join us, we will ensure their win; or else we will defeat them too”.

Of course, these are bold words, for if the Sena and the BJP fight separately, both will lose a considerable number of seats; while the BJP may not be able to retain all the 23 seats it won in 2014, the Sena will certainly slide hard from its 18 seats, most of which came to it courtesy the Modi wave. It is doubtful the Sena will win more than three or four seats if it fights alone. Even if it has a covert understanding with the Congress-Nationalist Congress Party (NCP) combine, it still won’t be given more than six to eight seats to contest, and its final tally may not be any different.

As far as the BJP is concerned, if the Sena jumps the NDA ship, it will focus on weaning away Sena and NCP leaders to contest on its ticket. We won’t know if this will fetch it dividends, for the tide could turn against the BJP if a mahagathbandhan forms in Maharashtra with the Sena too playing a covert part in its formation, but one thing is clear: in this war of the allies, the Sena will be hurt more than the BJP.

There are several reasons why.

First, the BJP under Devendra Fadnavis has played it cool and provided stability in the state. It has handled most crisis situations, including the Bhima-Koregaon and farmer protests with aplomb, despite desperate efforts to breach the peace. Fadnavis’ stock is high.

Second, Fadnavis has also roped in several NCP and other leaders, which is what enabled him to win Pune and other major municipal corporations in 2017, and nearly pull off a coup in Mumbai, the Sena’s money and power base. From his redoubt in Nagpur and Vidarbha, Fadnavis is now expanding the party’s base at the cost of the Sena and the NCP. And this despite the handicap of being a Brahmin in a Maratha-dominated polity.

Third, Fadnavis has avoided accepting the Sena’s repeated invitations to engage in a verbal duel by making outrageous remarks on the BJP central leadership. He has repeatedly called the Sena’s bluff – and the Sena knows this. Despite belligerent language, the Sena has avoided leaving the Maharashtra coalition for fear of losing its power bases in the state.

Fourth, Fadnavis has also sought to appropriate the Shivaji franchise, by proposing to build a giant statue of this great warrior off Mumbai’s southern coast.

Fifth, with politically estranged cousin Raj Thackeray now trying to build bridges with NCP’s Sharad Pawar, Uddhav may not get the deal he may be hoping for. Raj, for his part, has been winding down his anti-Hindi migrant rhetoric after failing to find political purchase for his Marathi manoos plank in the last few elections. Uddhav is in danger of falling between two stools – by antagonising his current senior partner BJP, on the one hand, and seeing future partners being wooed by his cousin, on the other.

Sixth, Uddhav’s Hindutva ploy will not yield much, for when it comes to playing the Hindu card nationally, the BJP has the patent. His only chance is to play an urban card, where he redefines his party as focused only on Mumbai’s interests. But here he faces the problem of relative non-performance after having been in power in the municipal corporation for so long.

Fadnavis, on the other hand, is pushing major investments in Mumbai, including the trans-harbour link and the north-south metro arteries. If the city’s voters, and that of Thane, believe that Fadnavis is a good enough substitute for the Sena, the latter will start slipping not only in Mumbai, but Thane too. Thane is the Sena’s strongest Lok Sabha seat.

Uddhav’s best chance is to kiss and make up with the BJP, and live to grow his party another day. If he does not do that, while he may damage the BJP’s 2019 chances, he will be writing his own epitaph. His party has no raison d’etre after 2019.