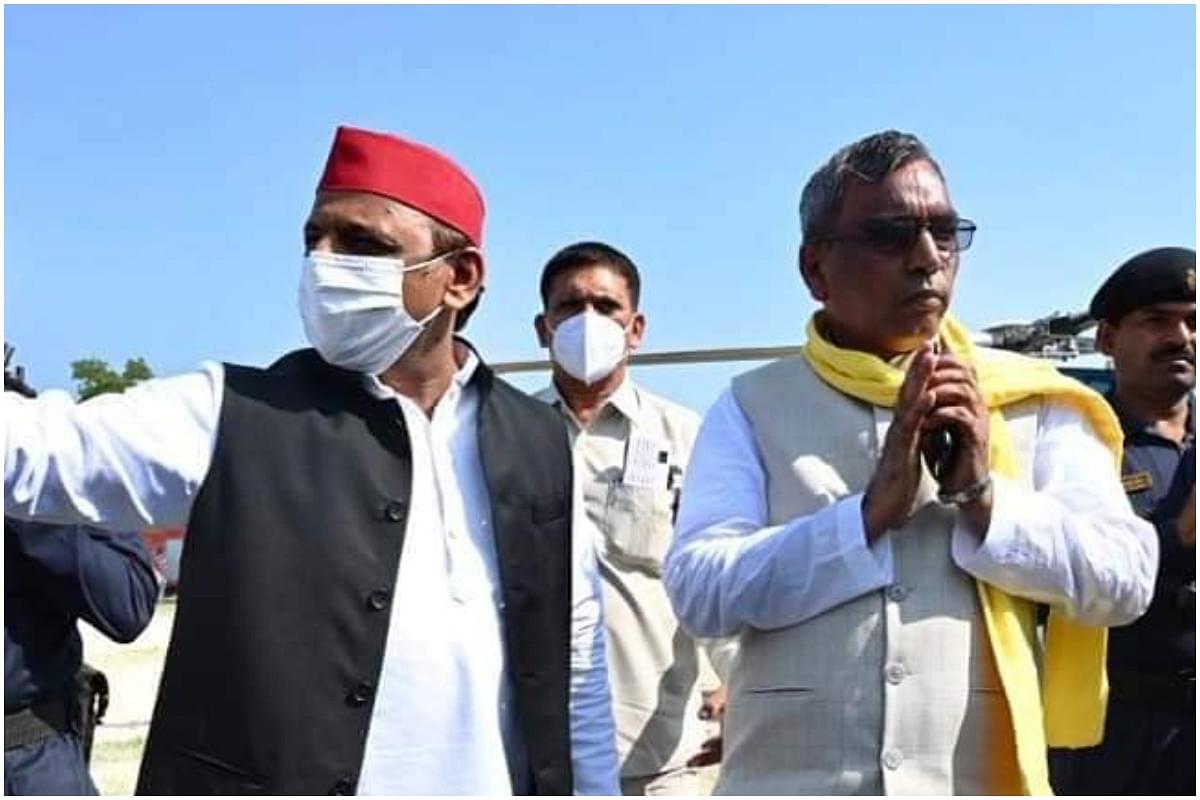 SBSP is an alliance partner of the Samajwadi Party (SP) but rifts between the two parties have been seen in the past few weeks. The SBSP voted for NDA presidential candidate Droupadi Murmu in the presidential polls, going against its ally SP.

The security cover for Rajbhar is being perceived as an acknowledgement for his party's support. Under the 'Y' category security cover, a protectee is provided with 11 security personnel, including two personal security officers (PSO).

The Ghazipur Police has made the security available after Joint Secretary of Home Department, Vinay Kumar Singh, wrote to the additional director general of police (security) in this regard.

According to Hindustan, after the loss of SP in Azamgarh and Rampur Lok Sabha by-polls held last month, SBSP has been displeased with its alliance partner.

It was also reported that SP president Akhilesh Yadav understood this and hence, did not invite Rajbhar to a meeting convened in Lucknow in support of Yashwant Sinha early this month, while another SP ally and Rashtriya Lok Dal chief Jayant Chaudhary attended it.

Last week, Rajbhar announced that since SBSP works for Dalits and Backwards, he had decided that the party will support tribal Murmu's candidature, on Chief Minister Yogi Adityanath's request.

Rajbhar had targeted the SP over its treatment of Muslims on Thursday saying, "It gets votes of Muslims by intimidating them but when the time comes to give the Muslim community their rights, the party turns its back on them."

Referring to the police recruitment during the Samajwadi Party regime from 2012-17, Rajbhar told PTI that the Muslim community should have got 20 per cent of the posts according to their demographic share.

Attacking the party's previous government, Rajbhar said common people used to feel frightened due to 'extortion tax' realised from them at that time.

Rajbhar said when they were seeking votes during the recent Azamgarh Lok Sabha byelections, voters used to ask them why they should vote for a party under whose rule they did not feel safe.

Rajbhar's party had contested the recent Assembly elections in the state in alliance with Akhilesh Yadav-led Samajwadi Party on 17 seats and won six seats.

All six MLAs voted for Murmu but Rajbhar has maintained that the support to the BJP was only for the election to the top constitutional post while SBSP's ties with the SP remained intact and he is still in the Opposition.

It should be noted that at quite a number of seats, the SBSP candidates took away the votes of BJP candidates in eastern UP during the assembly elections, thus ensuring their defeat.